Shadow of the Tomb Raider

The game is set in central and South America and the player assumes the role of Lara Croft, the main protagonist of the series. The game is played in Third Person Perspective and the gameplay, while similar to Rise of the Tomb Raider, offers some much-needed improvements. 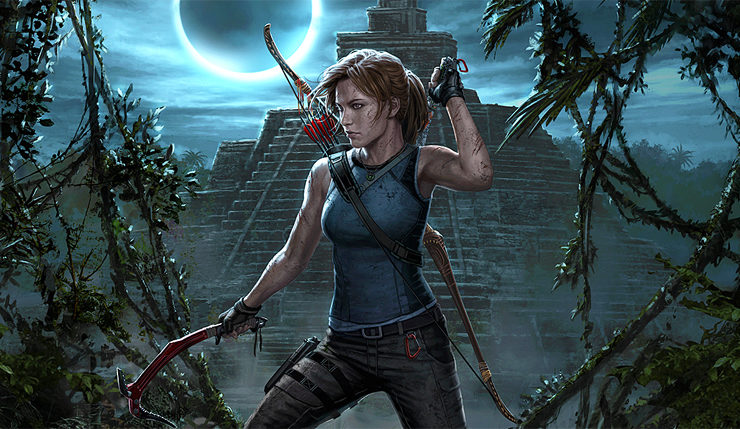 Ever since the events of Rise of the Tomb Raider, Lara has dedicated her efforts to stopping The Trinity, a paramilitary organization. Her mission is to protect the mysteries of the world and her efforts in doing so introduces her to a range of threats and dangers including humanoid monsters called Yaaxil. Lara has to find the Box of daggers and that will enable her to use the powers of Kukulkan which she needs to stop an apocalypse.

The narrative of the game is based on Aztec and Mayan mythologies. There are several new features in the game like the introduction of air pockets enabling Lara to hold her breath for longer when swimming underwater, stealth enabling Lara to camouflage herself in the mud and the ability to rappel down a cliff using a rope and her climbing axe.

Like in previous installments, you can seek out optional tomb and side missions, hunt wild animals, solve puzzles and craft different materials using the resources that you collected along the way. In addition to this, several new chapters with downloadable content were released which run parallel to the main storyline introducing several new missions and quests. A new Immersion Mode enables players to hear the background conversations of the locals.

At Gameskeys.net, you’ll find the Shadow of the Tomb Raider CD keys at cheapest possible prices, you can also use the discount codes to save more on your purchases, in the above list we have compared prices of Steam CD Keys, PS4 and Xbox live.

We have only included safe digital stores in our list, although these are third party sites, but our staff members test the Shadow of the Tomb Raider digital codes on a frequent basis, to make sure that our listed sites are functional, so that you can buy securely.