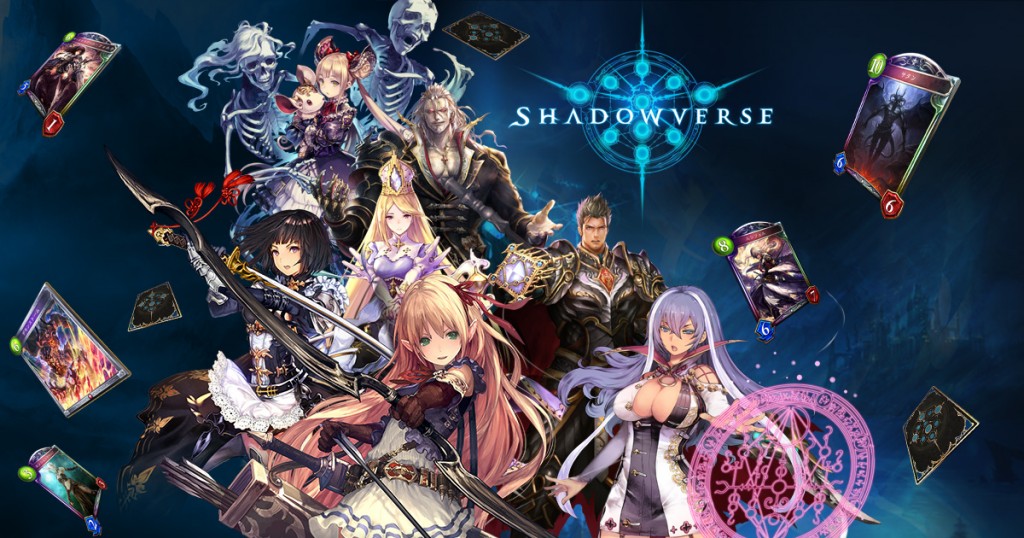 Shadow verse is an arduous card game that is not easy to comprehend. Excessive knowledge pertaining to the game is a prerequisite for playing it. The unavailability of big cards during the initial stages makes this game even harder to play. The purpose of this guide is to teach you about the basics that will enable you to play like an expert!

So here we go!

Let’s describe the ABC’s of the game

Who plays first will be arbitrarily decided at the beginning of the game. The second player will derive the benefit of getting an evolution point and an extra card when the game starts off. As the game commences, both the players have one game point. The cost of each card that you play will be deducted from your points. You will keep on having an extra point until you have 10 points. Both players start taking their turns and play their cards like follower, spell or amulets with their points. An additional bonus is that you can use your followers to invade your opponents. I am going to tell you something that you must be aware of before proceeding any further. You must note that the cards throw their own shadows. When destroyed, amulets and followers through a single shadow while spells throw a single shadow instantly. A trivial point that must be noted is that, neither amulets nor followers will cast a shadow on being expelled.

At turn 4 or 5 (depending on who started first), you will be in total control to advance your followers. This will strengthen you to attack your enemies immediately.

Keep it in mind, that followers basically have two major stats; attack and defense. Attack stands for all the damage that is incurred when you are attacking or being attacked. Now your defense will be the extent of damage that you can bare before getting dead. Each and every player in the game has the natural ability to attack or defend. Then there comes the role of buff cards like Royal Banner that have the power to influence any attack or defense. There is a card called “curate” that can restore defense. Leaders are only capable of defending themselves and when they are unable to defend themselves anymore, they are among the losers. Followers and amulets are capable of producing different effects that no other cards can produce. Moreover there is a similar effect that is produced by some cards of unique nature. One can easily identify these cards from the symbols they have on them.

Some of the conventional effects that these cards produce are given below: Followers of bane have the power to attack the followers or the followers that invade them. These couples of stats, attack and defense are only trivial at this stage of the game. The bottom middle of the card shows a purple icon that can be used to recognize the followers. The participants have to use ward to forcibly attack their opponent. In case, you have numerous wards followers, your enemy can attack any of the wards using its followers. The shiny thick sheet at the middle of the card helps you identify ward. It should be kept in mind that followers of drain have the power to restore the damage on being attacked by the enemies. Put simply, when the sweet fang vampire makes an offensive move to attack you, it will not only cause damage to the enemy leader but also would restore one defense for your own leader. I hope I have made myself clear to you. Also, you should keep in mind that drain comes into play while attacking, whereas it doesn’t restore any damage on defense. The red drop of blood in the center of the card helps you recognize the followers with drain. Those who follow ambush can’t be selected by the followers. One thing that i must tell you is that Though you are unable to attack the followers with ambush, you can still remove them with help of certain effects like “fire chain” effect. The fog that covers this card helps you recognize his followers. Players playing with followers and amulets are capable of producing the effect when they undergo destruction. This may produce different effects. It might enable your followers to attack the enemy leader. Let me tell you that effects like these only come into play when there is destruction of the follower. They will never be produced if you transform or banish the followers. The skull at the bottom center of the card enables you to recognize the last words effect.

Like ambush, followers with magical immunity can’t be targeted. But it doesn’t end here. Such followers are not invincible. You can still inflict damage on them by untargeted effects. The 5 yellow diamonds on the card will make such followers identifiable for you. As the name suggests, followers with “can’t attack” can resist attack. It must be noted that there are some followers that are capable to attack, but that’s just an exception. Also, most of them are authorized to compensate for the damage that they can’t cause with the help of some special feature. The chains in the card below make no attack followers identifiable. The countdown is actually to indicate that for how long an amulet will be effective. On reaching zero, the amulet will be destroyed; hence it will be of no use to the players. If you are lucky, you can have certain cards that can help you increase the duration (hollowed dogma). There is a point to note that most of the amulets usually trigger their effect when they are destroyed by the countdown. This makes them really effective. Moreover, it is necessary to tell you that the countdown amulets can even activate if the opponent destroys them. However, if the amulet is repatriated, it will produce null effect.

When played on the board, three of them, the followers, and amulets along with fanfare are capable of producing an effect. These effects include either healing yourself or destroying your foes. It must be kept in mind that evolved followers only induce an effect on evolution but this doesn’t come for free. To most of the followers, only +1 point will be offered rather than the standard +2. These effects are variable. For instance, Liza’s magical effect makes you resistant to any kind of attack from all spells and followers effect until you make your next move. This provides you with the opportunity to bring your precious players in the battlefield. Additionally, you need to be well aware of the fact that your followers can be destroyed on invasion by the rivals. Medusa can cause severe damage to the enemies before it gets attacked. This is one of her many strengths that can devastate the enemy forces. It is due to her ability to resist damage. She is the only player in the game that doesn’t take any damage when on being attacked.

The value of this card increases with every single spell. This boost may affect the play point cost or to achieve additional damage or stats. Necromancy effects are able to cause an effect on reaching a certain amount of shadows. There is a key word that actually tells you about the number of required shadows. Like spell boast, they possess the power of either healing the damage caused to them or boosting up their stats.

Having enhanced cards in your possession is a bonus that can earn you more points. Abundant PP permits you to have more PP and deriving other additional effects. This card is flexible to play with and allows you to use them whenever it’s necessary, either during early or later stages of the game. An effect is usually generated when its enemy follower attacks them. No effect is triggered when they attack the enemies. These effects are variable ranging from drawing cards to causing damage to the contenders.