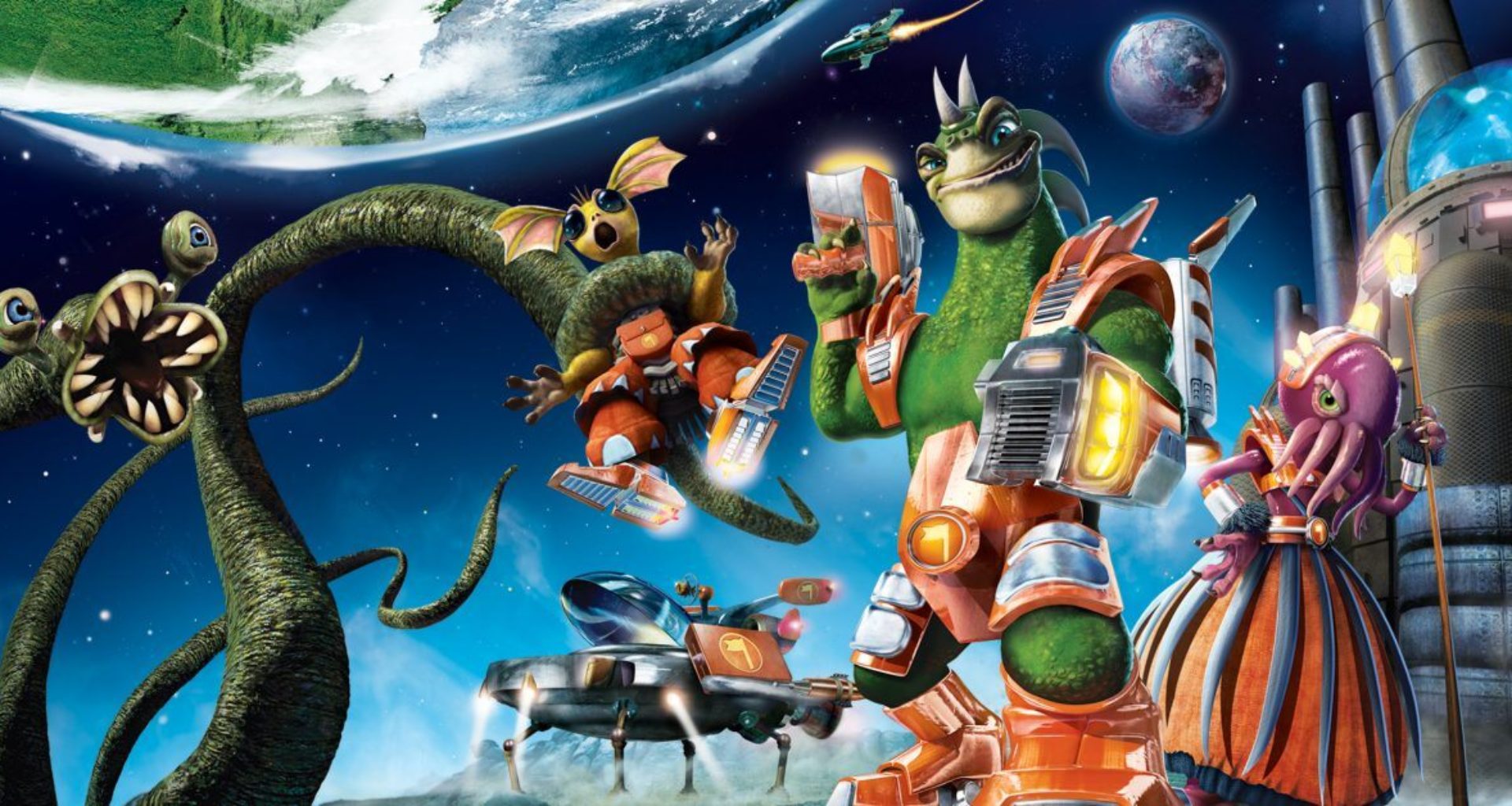 Will Wright’s Spore was one of last year’s most innovative PC games and spawned one of the largest collections of phallic-symbol monsters on ever seen. But there was one thing lacking: when you ventured into the space age you couldn’t go to a planet and roam around the environment as you had done in the earlier stages. Enter Spore: Galactic Adventures.

This expansion pack allows players to go down to planets in the space stage – something sorely missed in the original game. It’s interesting because the experience changes with each planet; on one planet you’ll be chatting with the locals, on others you will be on the offensive, fighting it out with carnivorous creatures or escaping a maze. It’s up to the level creators to decide how it plays. With that in mind, it’s a good idea to create a captain based on how you’ll fight, and balancing it with their charm – that way you can play offensively and strike up a good chat with locals in peaceful adventures.

Once you get into a level you’ll notice the controls consist of the standard keyboard/mouse combo, making them easy for anyone familiar with RPG or FPS titles to pick up and play. Your Captain’s move set is determined by your creature’s abilities – some can fly, shoot projectiles, or charm alien creatures into inter-species relations.

Galactic Adventure marks another genre jump for Spore, this time into action-adventure territory with over 2000 Maxis-created adventures and a user-friendly adventure creator. Users are once again the prime source of content. Unfortunately, downloading user-created content relies on a fast connection – spending half an hour downloading a level that can be finished in ten minutes just isn’t worth it.

Alternatively you can customize a planet and build a quest. Although it may seem overwhelming at first, Maxis has provided a short, informative tutorial to get players started. It teaches the basics of placing creatures, buildings and fauna. Failing that, you can always pick from the large number of preloaded Maxis levels.

In the end, it’s important to keep in mind that Spore: Galactic Adventures is a solid expansion of the space stage. You won’t find a deep adventure game here, just a lot of small quests and a solid level editor to add to the strange mix of genres that is Spore.