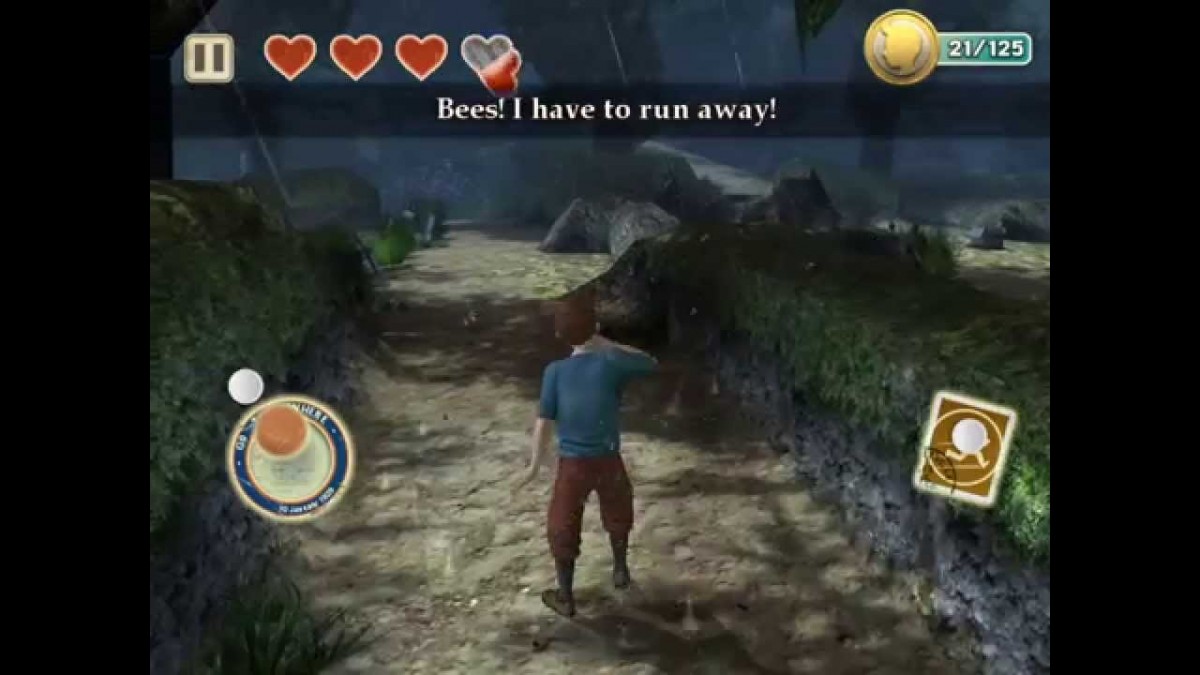 The Adventures of Tintin Review

Steven Spielberg’s App Store debut begins with his first iOS release, The Adventures of Tintin: The Secret of the Unicorn. The film has been received successfully by UK audiences since its release on October 26, 2011. The United States release on December 21st will likely continue to receive positive reviews by critics and moviegoers alike. But does the iOS game live up to the film?

As we’ve come to expect from Gameloft, Tintin is a high-quality game. It boasts truly stunning graphics, stable gameplay, and a rich, immersive experience. It even manages to tell a story while keeping the player engaged through the use of entertaining cutscenes and numerous mini-challenges. Despite being a classic point-and-click (or in this case, “point-and-tap”) adventure game which moves along in a linear fashion, it kept us captivated with its entrancing soundtrack, visuals, and variety.

You take on alternating roles as Tintin, his four-legged canine friend Snowy, and Captain Haddock as you embark on an epic and unexpected journey. Each chapter has a series of minigames, which vary tremendously. After completing these minigames, you’ll watch animated scenes that illustrate the story’s plot and lure you deeper into the game.

These scenes brilliantly incorporate storytelling into an otherwise action-packed game. If you simply want to play the game, you have the option of skipping these scenes, but we don’t recommend it, because they’re plenty of fun on their own.

In addition to the many small challenges that you’ll encounter, you’ll also be expected to collect puzzle pieces and coins. Each level has a set number of coins and puzzle pieces to gather, which will keep you on your toes for quite some time. While Tintin is relatively simple (and this may be our biggest complaint), the puzzle pieces and coins add another level of challenge. Also, since the game can be played in several hours, this feature adds replay value and may make it worth your time to play through a second time.

As you’d expect from a point-and-click adventure game, Tintin encourages extensive exploration. Most of the puzzles can be solved only after you’ve explored the environment and gathered adequate clues on how to resolve them. Exploring will introduce you to interesting characters, stunning views, and treacherous situations that will have you glued to your device.

To wander through these different environments, you’ll use the game’s D-pad controls. These enable your character to run, sneak, or view the environment from different angles. The game’s use of the D-pad makes navigation simple once you get accustomed to its use.

The most impressive feature is the overall use of touch controls and the accelerometer. In one level that we particularly liked, you’ll soar through the sky while gathering coins and puzzle pieces while dodging lightning and turbulent clouds by tilting the device.

Tintin’s amazing 3D graphics provide powerful eye candy for the player, especially when you realize that the game spans a variety of environments including a desert, a mansion, the sky, the sea, and much more. The characters each have unique traits, and the plot incorporates plenty of humor.

In addition to the dazzling imagery, you’ll find a fitting soundtrack that sets the mood for each level. We expected this to cause some performance degradation, but we’re pleased to report that the app ran extremely smoothly on our iPad 2.

Initially, we were concerned that Tintin wouldn’t be stimulating enough for an extended period of time, because it starts slowly and the first few challenges were not as interesting as the ones to follow. However, when the plot tickets and the puzzles become more engaging, we stopped being concerned. Although Tintin isn’t overly challenging, its puzzles and plot are entertaining enough to engage a variety of players of all ages and skill levels. Even though it’s easy at times, this Tintin game has universal appeal.