This deck showcases the power of one of the notable agents in the game, Venus. Along with the Fairy and Fiend Monsters, let us teach you on how to play this featured deck in this article. Let’s duel!

This set of cards is designed to create a strong team combo to take down the enemy. Set the battle ablaze by Venus’ ability, followed by the spell effect of the Order to Change up to Dunames Dark Witch beatdown power.

Special thanks to AppMedia for this deck!

Summon the Agent of Creation – Venus for you to release the Mystical Shine Ball on the field quick. Set the Order to Change spell card after having these two monsters in the field. If the Order to Change is not yet available, you can set and later activate the Enemy Controller in exchange to it.

Note: If you do not have the Agent of Creation – Venus card early, look for a way to summon the Dunames Dark Witch on the field. Through this, you can somehow halt the enemy to attack you directly due to its ATK power.

After setting any of the two spell cards above, activate it to remove the enemy’s monster in the field. Summon the Summoned Skull or the Dunames Dark Witch to create pressure towards your enemy. Use your spells’ effect to have the advantage you need in this phase.

Once you meet the requirements with your active cards, try to summon the Sky Scourge Enrise on the field. Follow it with the Dunames Dark Witch and so on. Attack the enemy every now and then to win the battle.

There is a big possibility to own a battle if you have the Agent of Creation – Venus and Order to Change cards in your hands early. Still, you need to be keen to the enemy’s deck. Carefully read and make countermeasures against it. There are moments that you will be countered before you reach your target strategy. Wisely set and summon your cards depending on the situation. 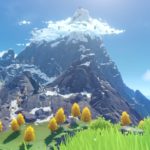 How To Maximize Your Traveler’s Geo Damage
Next Article 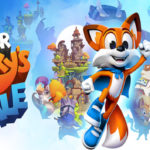