This guide will provide you with all the details of the top five underrated vehicles and cars in Roblox Jailbreak.

The Stallion, also known as the Ferrari, is a supercar that holds 2 players, costing 200k (200,000). The vehicle can beat several vehicles at top speed, making it one of the fastest cars with a very sports car architecture. The Stallion is a fast sports car; however, it is not for off-roading due to its very low suspension height. This vehicle is very underrated and unknown; however, it is highly recommended to buy this 200k priced vehicle since it has awesome handling.

It has a very good launch, good acceleration, awesome top speed, and good driving handling (around 220 mph in top speed). It can go 70+ mph in reverse speed and overall. This 200,000$ priced vehicle is a must-buy vehicle in the game.

Surus has a great performance, is fairly low price, and contains four seats making it an excellent team vehicle. Being a Lamborghini, Surus naturally has great performance; its top speed is slightly slower than the La Matador. It’s off-Roading ability is also great, climbing hills and terrain without losing much momentum.

And its launch and launch are powerful, nearly beating the stallion ($200,000), which can be very useful when grinding fast. Overall, Surus is an Excellent vehicle; it is suggested to purchase the Surus if you play in teams (groups that mostly are 3 or more).

The cyberTruck performs impressively in off-roading and brakes; it also has one of the best handlings. It is on the list because it is unknown to many players yet is awesome for its price tag (100 000$). This vehicle even seats 6 players, which can be very useful when grinding in a relatively large group. It is a very awesome alternative for those who cannot afford the army helicopter, which has 9 seats 1M (1,000,000$).

The great top speed and acceleration are comparable to the Megalodon, making it an essential vehicle for starters. Like the Tesla Roadster, it has excellent brakes for its awesome cheap price tag and total capacity. Overall, the CyberTruck is Amazing for its price and is a massive bargain compared to other cars, also being able to off-road great.

Challenger is a muscle car costing you 59,000$ but has an insane performance comparable to a 100,000$ vehicle. The muscle car is rarely driven and is one of the unknown vehicles since more players prefer the La Matador. However, the Lamborghini has a better launch and acceleration than this car. The challenge still beats the Lambo in terms of top speed.

The challenger seats 2 players, the same as the Lamborghini yet, costing almost 2 times the amount (100K); it has a top speed of 190mph. It is insanely fast for its price 59000$ (59k), beating many other supercars in terms of top speed.

The Patrol Bike performs insanely fast, having one of the fastest accelerations and launches yet unappreciated and unknown. These handles are similar to the dune buggy, while the patrol bike has an insane launch going from 0-110 in a blink of an eye. The Patrol is a 1 Seater Bike; however, the top speed isn’t great, only going 110 MPh while having an awesome acceleration. This bike also has good handling and is very easy to drive even if you do not use a brake due to its smaller form.

It can drive through some very narrow roads and spaces due to its smaller size, one of the smallest. Overall, the bike is unfortunately very unknown while being a fast bike making it almost impossible to get arrested even when pit manoeuvred. 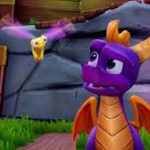 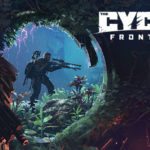