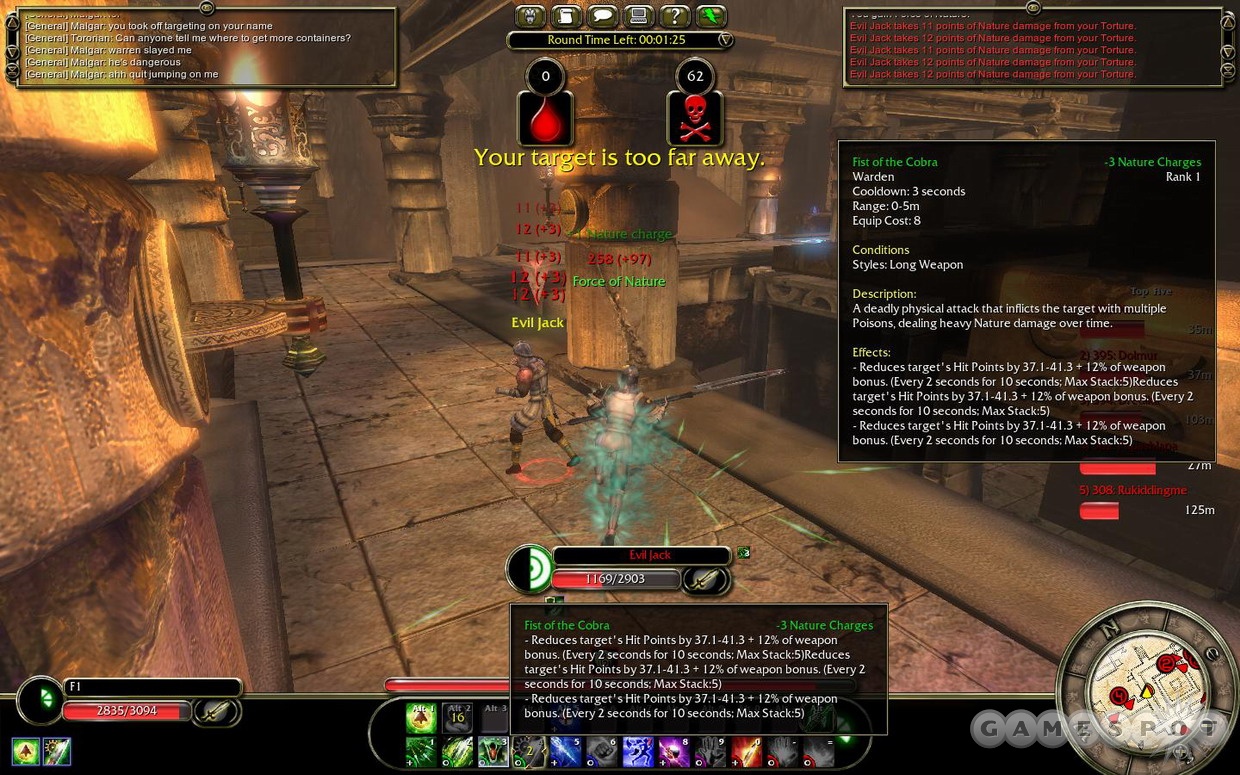 Massively Multiplayer Online Role Playing Games (or MMORPGs, for short) are, thanks largely to media darling World of Warcraft, very much on the rise. The genre is positively exploding; it seems you’re not a real video game publisher if you don’t have a few on the boil. Commanding some ten million players (at last count – it could now well be much more), each of which pays between 10 and 15 USD to play per month, World of Warcraft is that cash cow that gives video game executives semis in their dark, damp offices. It’s no real surprise that everyone and anyone is looking to get a piece of the very large, very tasty pie.

So here we are, almost exactly three years since WoW turned the MMO into a destination for the mainstream gamer. It makes perfect sense that it is now that we start to see the first serious pretenders to the crown. May I present to you Fury: the very latest in the genre, from a developer just across the Tasman – Auran Games.

Fury is an MMO without the RPG bit. That is to say there’s no boring grinding (well, on mobs anyway), there’s no levelling, there’s no mucking about trying to get to max level so you can start raiding with your buddies. There are no raids, either – remember, there are no mobs so there are no dungeons, no bosses, none of that stuff that you immediately think of if you’ve ever played any sort of MMO or indeed any sort of RPG before. There’s a story and it is kind of cool but it really is just window dressing.

Fury is most accurately described (in concept and intent, anyway) as “a WoW mod for Quake 3”. That is to say that while you wield magic, fire fireballs and freeze people in icy traps, you’ll do so on a map that would kick serious ass in Quake 3 – complete with spangly power-ups and jump pads. The mythology is very Orcs & Elves, whilst the execution is entirely capture the flag, deathmatch and team deatmatch from [insert shooter here].

While the opening paragraphs in this review might sound like a bad thing, now seems like a good opportunity here to point out that they are not. An RPG-light (absent?) free-to-play MMO that only contains PVP is a cool idea. Not everyone cares about the Warcraft universe or why an orc might want to punch a goblin in the face. There’s a market for this product. It’s smart, it’s well thought out and it really does identify a gap in the market – if there’s another product that serves this niche, I’ve never heard of it. However, there’s a difference between a concept and its execution.

Given the closing sentence of that previous paragraph, I can already imagine the cries of the Fury Defence Force (if it doesn’t exist yet, it will), screaming out into the night: “All MMOs start off a little rusty and lacking polish,” which is true. WoW wasn’t the all-singing, all-dancing, über-polished example of how things should be when it was first released. Some say it still isn’t. One of the constants of MMOs is that they are always changing. However, this is a review. This is how Fury is today. This is telling you where things are at right now. If you can’t be bothered reading ahead (or the 40 character summary – it’s at the top), things right now are, well, not good.

Fury is $100. Fair enough, right? I mean, that’s what games cost – even WoW cost about that when it came out and it has ongoing fees – you can play Fury for free if you want. That’s kind of like saying you can enjoy Die Hard 4 on a plane, 24 hours into your travel, still some 12 hours from your destination (not a random example). Sure you can, if you like an inferior experience. See, here’s the (first) problem: Fury feels like an infomercial.

Next up, we have the combat (that’s almost entirely all there is to this game, aside from walking around and talking to various NPCs when you want to bank stuff or buy more things). Combat consists of the expected action bar, populated with any of your skills (most of which you get right at the start, when you choose your class). You can access it by pressing a hot key or clicking on (if you’re familiar with WoW then you’ll have no trouble negotiating this, even without the tutorial). There’s a cool system where you use weak skills to build up combo points in your preferred skill branch before consuming them by using your more powerful skills but otherwise, you’ve seen it all before. It’s more action oriented than WoW but that’s where the next problem comes in.

Lag. Traditionally, it hasn’t been a big issue in MMO games (thanks to the predominantly PvE gameplay), but lag is a pretty serious problem in Fury. I have a kickass internet connection (the envy of most Kiwi gamers: 10Mb cable) with ultra-low latency. However, the gameplay feels disconnected and the game often lags out/jerks around, purely for internet-related reasons (even with the graphics dialled way lower than the review machine can handle). Fury is all about the PVP; it’s Quake-style action. Lag slaughters it.

Next up, there’s no learning curve. Your training environment pits you against NPCs that don’t fight back, before thrusting you up against other players that, thanks to the fact they probably pay for ‘leet gearz’, kick your ass over and over in seemingly impossible ways. There’s no time to learn how this game works, there’s no time to figure out how your skills work together to form the most ‘ass-kickingist chains of max leetness’. There’s just you getting your ass handed to you over and over by people that have way better gear, skill, internet connections, and credit cards than you do.

Despite all that, the single worst feature of Fury has to be its utter unforgiving nature when it comes to creating your character. Before you see a single frame of gameplay, before you’ve experienced so much as a picosecond of the tutorial, you need to create, design and name your character. That’s no big deal, right? All MMOs work this way, right? Wrong! You get one choice – ever! Not only can you never make another character, but also you can never delete your character and start over. To be fair, you are warned of this during character creation.

Fury is a good idea and it could yet turn out to be a good game. At the time of writing, however, our advice is to wait and see. 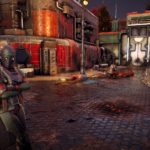 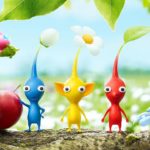