Follow this Guide to get the rarest vehicles in the GTA Series.

This modified cabbie with a red body and bloody spikes on the front and rear bumpers does not normally appear here.

It will only be available at the company’s base after dropping off 100 passengers in the taxi driver side mission.

The only gloss black limo in the game! It will only be available in the missions, Salvatore’s called a meeting, and chaperone.

The only bulletproof patriot in the game! You can only obtain it after completing the mission “marked man”.

You can obtain unique coloured manana during the mission “dead skunk in the trunk”. The trunk has visible bloodstains, and if the car is damaged and the trunk is torn, it is possible to find a corpse inside.

You can save this unique manana and keep it simple by parking it in the safehouse garage.

The first vehicle (kuruma) you drive is the only kuruma with this colour at the very beginning of the game. This unique teal coloured kuruma can be kept just by completing the next mission (Luigi’s girls) in the car.

The “ghost” is the rarest boat in the game, and it’s only available during the mission, “Gone fishing”.

You can obtain the Ghost by killing Ray’s partner, but there’s no way you can save this boat.

You can see Black FBI cars when the player gets five stars wanted level.

You can obtain it by killing FBI agents (it’s a bit hard to get the car without killing them).

Unlike other military vehicles, this one can be resprayed, but it becomes a ‘dark grey’ colour instead of black.

However, this vehicle is unobtainable.

During the final mission, you can see the all-white chopper, “the exchange.”

But you can not get into this chopper.

After making a boating trip with Brucie, you can obtain an iridescent gold, bronze and beige Huntley sport.

It will be parked at the docks where you get out of the boat.

In the mission “no.1”, the player has to race against other competitors in a unique coloured comet belonging to Stevie.

You can obtain a unique pink colour feltzer during the mission “I’ll take her”.

You can keep this car if you quickly hijack it before Stevie take it away.

In the “far out” (strangers and freaks) mission. You have to collect all the 50 spaceship parts scattered throughout San Andreas!

After this, the player can get the space docker at omega’s garage.

Here is the space docker under the night sky.

After completing the “unknown the truth” (strangers and freaks) mission, Michael will be rewarded with a unique rusty tractor.

It has a unique license plate, “K1FFLOM1”.

Before starting a “shift work” (strangers and freaks) mission, you can hijack hao’s car. You have to use a tow truck to hook Hao’s car and take it to the players’ safehouse garage.

The car door is locked until you take it to the safehouse.

It also sports a unique item not available at Los Santos customs.

After the mission, “Buoys Ahoy”, Niko will be gifted Bryce Dawkins’ orange Infernus. A few hours after completing the mission, Niko will receive a phone call from Bernie (or Niko can call him).

It is the only orange colour infernus in the game.

Here is the orange Infernus in daylight.

In the mission “museum piece”, four pure white pmp 600 ‘sports’ parked on the northern side of the museum. It is the only time they appear in white in the entire game.

After killing Jay Von Simson, you can obtain a unique rich red hellfury in the “ruff rider” mission. Normal hell furries have metallic red, but this one is a glossy one with no metallic added.

Romero is limited to a single appearance in the game, and it appears only during the mission, “undertaker”.

You can obtain it after the final cutscene has finished.

During the mission, you can obtain a modified oracle, “taking in the trash”.

You can take it by shooting the driver. The car will not disappear after falling off the mission if we drive it back to the mission starting point (ray’s hotel).

It will fail the mission, but the car will be yours. No badges and different exhaust pipes.

There’s no logo badge and a different grill.

Instead of delivering the vehicle, go to a garage and do some modifications.

Now abandon the vehicle, and this will fail the mission.

Using the same procedure, you can keep the entity XF too!

After finishing either “the time’s come” or “the third way”, this spawns at Trevor’s trailer.

This vehicle rarely spawns at night in Thai locations.

Here is the daylight view of this vehicle

JB 700 is a rare vehicle in GTA V, and you can obtain it during the mission “deep inside”.

The vehicle has a unique license plate (4G3NT=AGENT)

It sometimes spawns at rebel radio buildings in the grand senora desert.

Voodoo is not available in red colour in the game. You can obtain a unique black colour voodoo in the mission “two-bit hit”.

Candy suxxx owns a special gold coloured stretch, that you can only obtain in the mission “Martha’s mug shot”.

See what happens when you start the 4th race.

They are trying to disrupt the race. You have to take the bike and run away.

At the beginning of the mission “autocide”, the player is given a PCJ 600 with a unique white/silver paint job. Following the completion or failure of the mission, you can store it in a garage to keep it.

The variant of the hotring racer is awarded to the player upon completion of the sunshine autos import side-quests.

You can see Deluxo parked inside sunshine autos after completing the first list for the import garage.

Ken Rosenberg owns a white admiral. You can obtain it after the cutscene.

You can see a black admiral during the mission “loose ends”.

After getting all gold medals in driving school, the “hotknife” will only be available. And the license plate reads “gold”.

You can find the phoenix by entering the San Fierro hills street race located at the checkered flag behind wang cars.

You can either save the vehicle in a garage or return to the race starting point to keep the car.

You’ll be disqualified and returned to the race starting point after the timeout. So it’s better to drive the car to this point.

Now you can exit the race here.

You can obtain the mothership at the beginning of the mission, “riot”.

This vehicle is not available in any of the missions in GTA San Andreas.

Unfortunately, there is no way we can drive this vehicle without using mods, and you have to use a car spawner mod to obtain this vehicle.

You can obtain one in front of the entrance of the camel’s Toe, only when wanted for export (list 3).

Euros is considered one of the rarest vehicles in GTA San Andreas.

This one is only available once the player completes 100 taxi fares. Then you can find it outside means street Taxis in Trenton, Portland island.

Dan Sucho owns a thunder-rodd, which appears in the mission “Grease Sucho” with a unique black and blue body colour. You can easily obtain the vehicle by winning the race.

You will need to take it to the garage after winning it.

A unique version of Glendale appears in the back o’ beyond, flint county area (horseshoe formation). It is nicknamed “ghost Glendale” as it rolls down the hill as soon as the player gets within spawning distance.

You can not repair the damages to this vehicle.

Andromeda is the rarest aircraft in GTA San Andreas. During the mission “stowaway”, CJ has to get into it.

There is no way you can get this vehicle without using mods.

The SWAT tank does not appear anywhere in the game except during the final mission.

To get inside the big smoke’s hideout, CJ needs to steal a SWAT tank.

One of CJ’s girlfriends (millie) owns a pink-coloured “club” with a unique license plate.

However, the vehicle is locked until CJ’s progress with millie reaches 50%.

The police prison bus is one of the rarest vehicles in GTA TLAD. You can obtain it during the mission, “off route”.

To obtain this vehicle, players must park it at a safehouse parking lot, move a safe distance away, and then kill themselves.

GTA The Ballad Of Gay Tony

You can only find Bati customs in the final mission “departure time”. The player must allow the mission to fall by not getting to the airport in time to keep the bike.

Jerry Martinez owns a unique coloured streetfighter (army-green colour) that you can obtain at the beginning of the game.

However, after completing the “Conduct Unbecoming” mission, the bike will not spawn again. 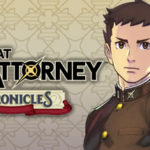 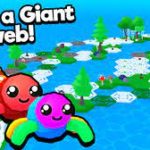