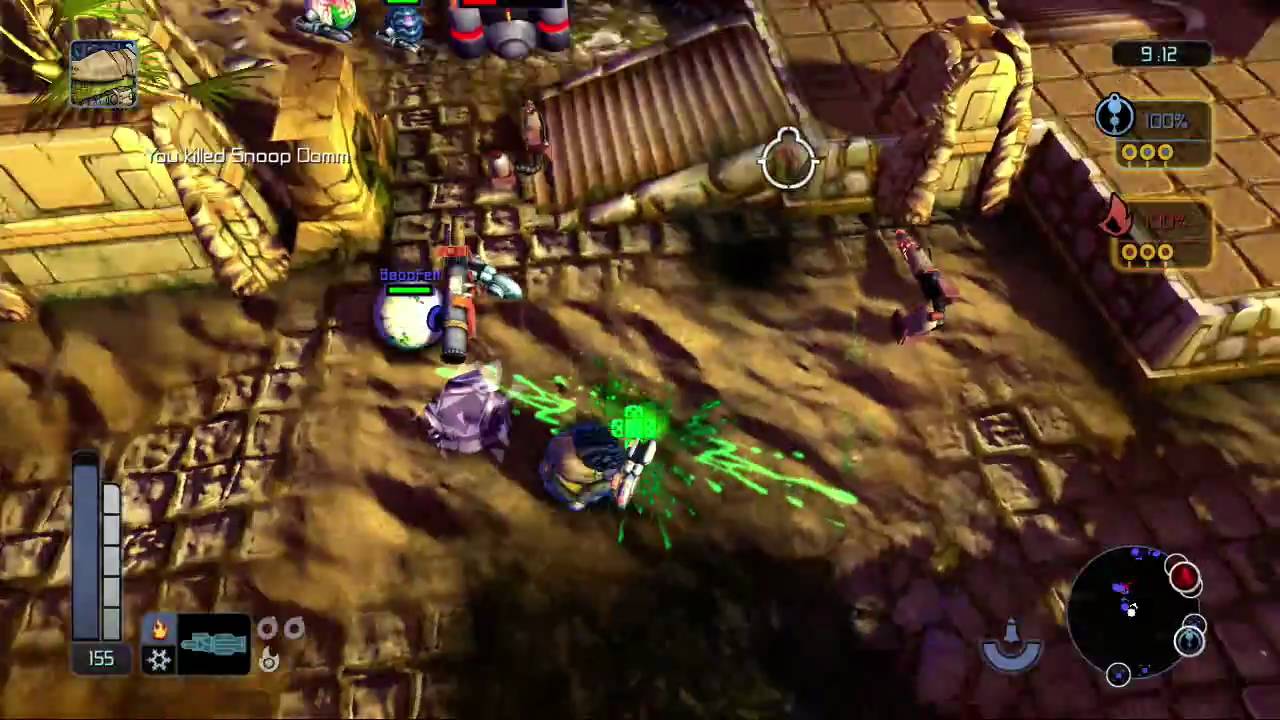 Skipping straight past all the Madballs jokes I thought of when I first heard I was reviewing this title, I guess we had better start with just what a Madball is. While I certainly don’t remember the TV show from the ’80’s, I do think I may have had some of the toys. Madballs were collectible bouncing balls with faces designed to gross you out.

Anyway the franchise has made a bit of a comeback lately and that of course means a video game. Fortunately this Madballs game is much better than the bland Commodore 64 game. The gameplay is pretty straight forward: you roll through the levels and blast seven shades of daylight out of anything that moves.

Madballs is a bit of a strange license in that all the characters and enemies are spheres. Usually a license (arguably) adds character to a title, but here it does the opposite: if the artists were given more creative license I think it would have helped the feel of the game. That’s not to say it doesn’t look good: it does. But it would have looked so much better with more inspired character art.

Luckily, and perhaps most importantly for this type of game, it controls well. Twitch aiming and dodging is easy and, above all else, fun. The camera did take a little getting used to, but all up I was ready and rolling in less than five minutes. Punctuating the action are a number of puzzles and obstacles. Because of the camera view, this game sometimes reminds me of a mixture of Marble Madness and Guantlet. These elements don’t interfere with the action however and do add some spice to the experience.

All self respecting games now feature a multitude of collectibles, and this one is no different. As you blast bad guys you will continuously unlock new weapons and characters. There is plenty of scope for replaying earlier levels with new-found abilities too. Weapons are the main thing you’ll be wanting to unlock though as there are some scorchers in this game. As well as double machine guns and shotguns, you get toys such as the rather sexy rail gun which has a duel mode to fire off a whole swarm of missiles. I mostly kept it on the rail gun mode though as despite a slow fire rate, it’s amazingly satisfying to use.

While the single player experience will keep you occupied for a while, being able to roll through the campaign backed up by other players adds a lot to this title. With a shortage of good co-op games available, this could be Madballs’ trump card for the Xbox 360. Because the action isn’t too hardcore, the experience can be enjoyed by almost any gamer.

Of course there are also online death match modes. These are actually good fun with features such as trading speed for size and multipliers. You can even swap your madballs for the head of your own XBLA Avatar which makes for much hilarity. The combat is pretty simple; as long as you don’t take it too seriously there is some good fun to be had here, with a great capture the flag mode. Just hopefully some more players jump on as there weren’t too many games when I was on.

Madballs may not be the flashiest, most original game on Xbox Live, but it’s certainly the ballsiest. Seriously though, the single player game is a decent playthrough that gets better with a couple more players. As it stands the game is pretty good, but if you manage to get a few mates online with this game I think it has the potential to become a cult classic. 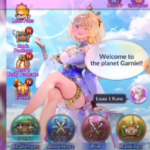 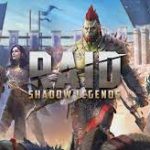