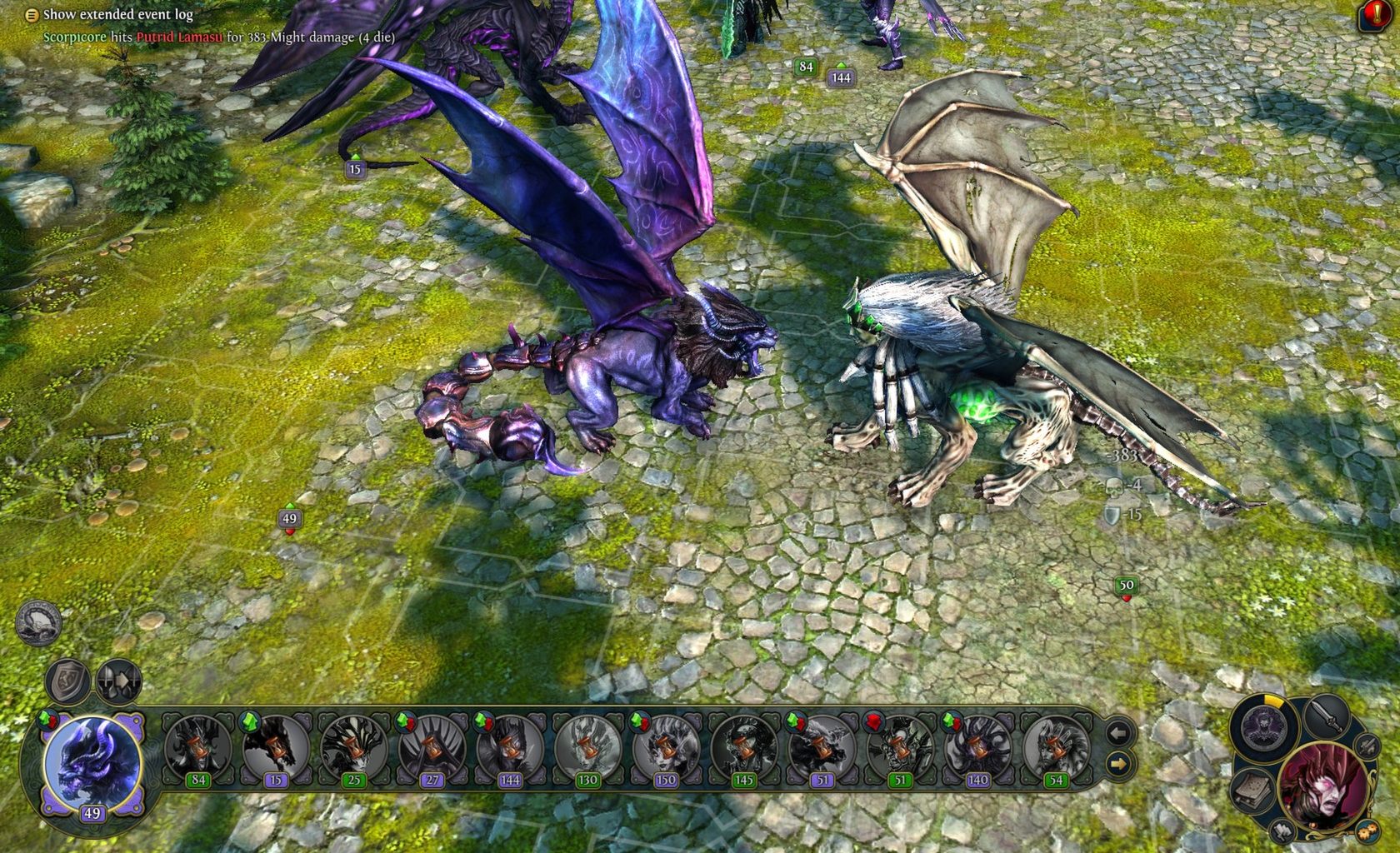 Well here we are, at the sixth iteration of the turn based strategy RPG Heroes of Might & Magic (HoMM). This time, Black Hole Entertainment and Ubisoft have decided to make the series a bit more accessible, while still keeping the same aesthetic as the previous game. Ultimately, I found this latest rendition to be quite a lot like HoMM III, which – fans will no doubt agree – is arguably the best of the series.

Now I’m not saying Might & Magic: Heroes VI should take the throne, but I did find myself enjoying the way it played out a lot more than I did with HoMM IV and HoMM V. They’ve reeled it back in a bit, in terms of…well, everything.

You now only need to manage and market 4 resources (wood, blue crystal, gold and ore), while spells and abilities are now learnt via a simple leveling system accompanied by learning special abilities from structures found on the map. Also, individual unit stacks can now be upgraded from a town center as well.

For those of you who are not familiar with the Heroes of Might & Magic series, it works like this; the game places you in control of a horseback riding hero, in a (usually) large world map. The Idea is to move your hero, explore the world, and gather resources / special items, capture resource mines and structures – such as garrisons or town centers – while building up your armies.

From captured town centers you can hire more heroes, build markets, town portals, and barracks to bolster your forces.

You move in turns, consuming movement points (which can be upgraded through various means). Once you have exhausted your movement, you end the day. Each campaign level – called an ‘adventure map’ – can be roamed as much as you want, consuming as many days (or months…) as you like, exploring and capturing towns.

However, this leads to one of the games slight drawbacks: if you spend too long looking around the map and letting days turn into months, you will find the map getting more and more difficult as the enemy gets stronger and builds their own forces with each week that goes by.

Might & Magic: Heroes VI can get a bit unbalanced if you try to explore or build your armies up over too long a period, as it forces you to try and complete each campaign level as quickly as possible or the enemy just becomes too strong and you cannot beat them…at all. I even found myself restarting the tutorial map twice due to trying to explore everything rather than follow objectives, which is almost an hour and a half worth of game play in itself.

Next is combat. If you move your hero onto an enemy, the game then switches to its next phase (as long as you have stacks of units with your hero, otherwise he/she dies outright). The game changes – from the exploring top-down, north-south view – to a top-down, 10×12 grid.

Again, it’s a turned based system. Each turn allows each unit stack to attack up to an amount derived from its various stats, etc. Combat ends when all your units are killed, which in turn, kills your hero.

So far, the game is your typical Heroes of Might & Magic game, so what’s actually new? Well, for one, there is a new Blood and Tears system which drives a more dynamic path in your heroes’ development. Basically there is a bar which can fill between two different paths – Blood or Tears. The more Blood abilities and spells you learn (and use), the more you advance down the Blood path – and vice versa.

Having more points down one particular path gives you special options further down the line in the campaign, making your choices twofold in impact. For example, if I have enough Blood points (over Tears), I might be able to execute an enemy hero – where a player who advanced down the Tears path might choose to exile them instead. This then leads on to later in the story, where the flow-on effects of your choices will be brought to bear in ways that we won’t reveal for fear of ruining the story.

The system definitely offers refreshing changes to the series, rather than just going through the motions of the campaign.

The units do all the wet-work in Might & Magic: Heroes VI, while the leading hero sits safely back using their buffs, abilities, and spells. You learn more of these as you gain experience from battles, and the skill tree you get to choose them from is huge. Like previous titles, you can give your heroes an abundance of abilities and spells, but here in Heroes VI it’s mind-boggling how many options you have.