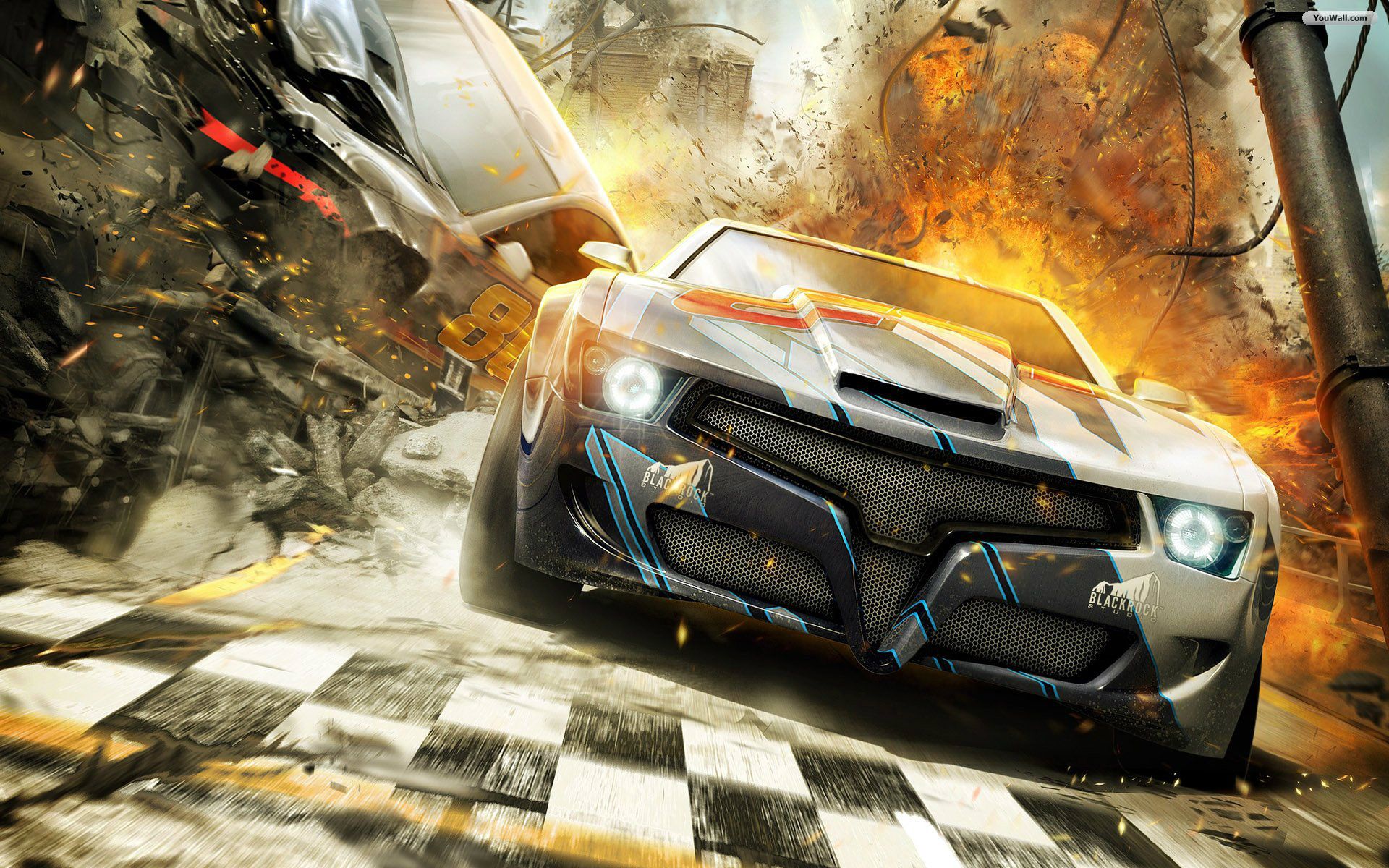 This is a combined review of 3 exciting games, we will be reviewing Bike Baron, Bit.Trip Run! & Blast-A-Way

Ragdoll physics can work hilariously well in extreme sports games, where the jumps are huge, the tricks are dangerous, and the spills are bone-splitting. Bike Baron has all that. Misjudge a flip or land short of a ledge, and your character flies off the bike and gets dashed cartoonishly against the angular course. If you’re lucky, you might even land on an exploding barrel– because why not, right?

In this game, you play as the bike baron, a mustachioed daredevil with a leather crash helmet, aviator goggles and, for some reason, a cat riding shotgun. Your job is to control his motorcycle’s speed and tilt as he navigates one devious obstacle course after another. Each course has jumps and flips and jagged terrain to overcome, and if you don’t land wheels-down, you’ll fall off your bike and skid across the ground like a lifeless puppet. Three stars are up for grabs in each level; you get them for things like moving quickly, grabbing all the coins, and crossing the finish line without crashing.

Checkpoints are liberally scattered throughout each level, but getting from the beginning of a course to the end– particularly in later levels– will test the patience of even the most hardcore gamer. In fact, the difficulty level is the Bike Baron’s biggest problem. Most gamers enjoy the occasional grueling challenge, but this game has sections that require not only pixel-perfect driving, but also a generous helping of luck. And the physics in the game are good, but they’re not flawless, making for an even more frustrating experience in certain areas.

But for the most part, Bike Baron is enjoyable. The riding mechanics are solid and, although it only comes with 40 levels, you can design and share your own levels using the game’s simple level editor. Downloading other people’s levels, on the other hand, is kind of clunky. You have to go to a website to find codes for individual levels, and then download them without knowing anything about them. But the levels download almost immediately, and it’s fun to see what people manage to come up with (even if their tracks are sometimes unbeatable).

Bike Baron is a silly and enjoyable game, even if it doesn’t do anything new and its difficulty borders on murderous at times. Still, you’ll get a couple hours of fun out of it, and even when you do fall, at least you get to see the ragdoll baron take a beating.

The Bit.Trip series is a cult classic in the indie gaming scene. Mixing retro style graphics with a chiptune soundtrack and a brutal level of difficulty, it’s the perfect mixture of fun and originality. The standout game in the series is Bit.Trip Runner, where you control Commander Video by sliding, kicking, and jumping past any obstacles that block your path. Bit.Trip Run! is the highly anticipated sequel.

In Bit.Trip Run! you control Commander Video, who has the ability to jump, slide, kick, and dance. You’ll learn how each one of these moves work as you progress through the game. In each level, you’ll collect stacks of gold, along with power-ups that act as score multipliers (and also enhance the soundtrack), while avoiding pitfalls, enemies, and walls.

If you mess up during a level, you may be sent back to the beginning and have to run through it again. However, a checkpoint system has been put in place, so once you get to a certain point within the level, you won’t have to play the whole level again. This is a really nice addition, and it makes Bit.Trip Run! more beginner-friendly than the original game. Challenge stages, “retro” stages, bonus characters, and unlockable costumes can all be purchased using the gold that you collect in-game.

Currently there are no in-app purchases, so everything can be purchased just by playing the game. There’s a free update on the way that will add 20 more levels, retro and challenge stages, and boss battles. It looks like Gaijin Games is committed to giving Bit.Trip fans the full Bit.Trip Runner experience on iOS.

There’s really not much to complain about. The controls could use a little tweaking, but the developers say they plan to address this in the next update. The difficulty may turn off some players as well, but since the levels are short, it shouldn’t be a dealbreaker. If players want to adjust the difficulty, they can– just select the difficulty before you select the level.

Bit.Trip Run! is a game that everyone should try, from fans of the Bit.Trip series to newcomers who have never heard of it before. It’s everything you could ask for in an endless runner: It’s fun, the music is great, and it offers a level of challenge that will keep you coming back for just one more try.

There are many games in this genre, but Bit.Trip Run! stands out amongst the competition. It may just be the best endless runner on the App Store. Play Bit.Trip Run!, and you won’t be disappointed.

While art design doesn’t make a game enjoyable by itself, it can certainly make a good game look amazing. Blast-A-Way has a lot going for it. Not only is it a game with amazing touch controls, stunning graphics, and challenging levels, but it’s also a game that is designed to look modern. This game features rich, detailed levels, set against a minimalist, white canvas. Even the menus have a certain look to them that makes this game feel at home on your modern-age device.

Blast-A-Way consists of several worlds, each with their own series of levels. In each level, your goal is to rescue the small creatures who are stuck in colored blocks. To free these creatures, you must use your arsenal of bombs to crack the blocks open. However, each type of block and each type of bomb is color-coded. You can’t use one type of bomb for the entire level. Instead, you’ll need to sleuth out each puzzle to find the right solution.

The game uses a simple touch control scheme for all of your actions. The robot that you pilot is controlled by touching and dragging around the environment. Simply walking past a creature will rescue it, and walking to a new bomb will equip it. To throw a bomb, touch the block you are aiming at and hold down on the screen. A gauge will appear, showing the strength of your throw. This gauge will fluctuate between a soft and a hard throw, and you can release when the strength is optimal for your target.

While there are no enemies walking around each level, there are other dangers. The first danger is accidentally blowing yourself up, which will push you off the level and into the white abyss surrounding each environment. Doing this will end the level, and force you to restart. The other danger is that you won’t collect all three creatures in each level. You could simply miss one that is hidden, or accidentally blow one off of the level. You can complete the level without rescuing all three, but you’ll need as many rescues as you can to unlock the next world.

Each world of levels is defined by the material of the environment. You’ll start off in ‘Wood Wonders,’ which resembles a child’s play blocks. You’ll move into metal, fabric, stone, and plastic. Each level is amazingly colored and detailed. The levels look stellar, particularly on a Retina Display device. The amount of effort put into making the game look impressive was well worth it.

Blast-A-Way may start out fairly easy, but each world will present another layer of puzzles to deal with. You’ll soon find new bombs, which will interact with the colored blocks differently. You’ll even find teleporter bombs, which can move you around the level and help you reach new areas. The levels will also add moving parts to block your shot, or blocks that will change the color of your bombs.

If there are any problems with Blast-A-Way, it’s with the controls. At times, particularly in the later and more difficult levels, the game requires precision. Since the throwing mechanic constantly fluctuates between a weak and strong throw, it can be difficult to time those perfect shots. While it may be frustrating at times, this doesn’t diminish the gaming experience.

We thoroughly enjoyed playing Blast-A-Way. The levels are fun and challenging, the game looks great, and it takes full advantage of your touchscreen device. It’s also the type of game that you will want to go back and play again. You could complete Blast-A-Way without achieving 100% completion, but who would want to?