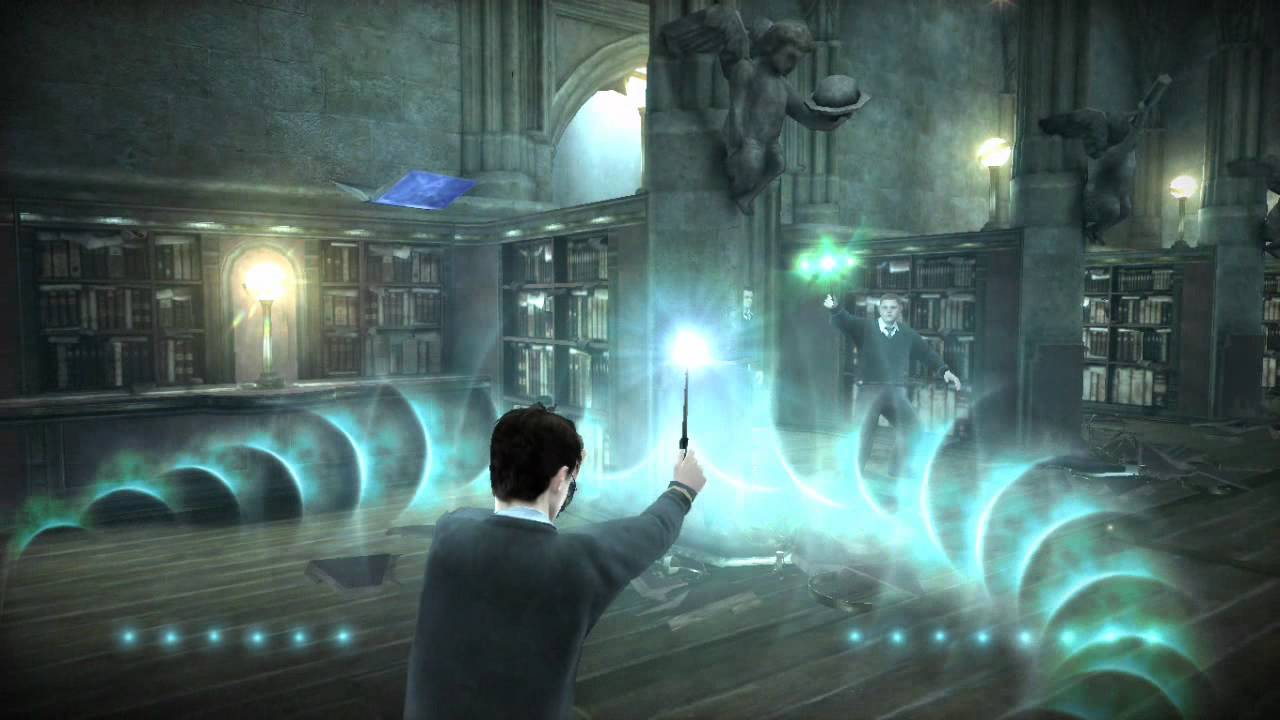 Harry Potter fans have been kept waiting after the theatrical release of The Half-Blood Prince was delayed by over six months. Which meant that the game based on this sixth title in the franchise was also pushed back to suit. Technically this should mean that the developers had some extra time up the sleeves of their wizarding robes to fine tune the video game. But unfortunately this doesn’t seem to be case. Despite some major short-comings though, The Half-Blood Prince is probably still the best Harry Potter game we’ve yet to see out of the multi-million dollar franchise.

Gamers have always been a bit dubious of the casual attitude toward movie-to-game adaptations that seem to revolve around the mentality that “if the movie is good, then the game will sell.” Throw in a third step of book-to-movie-to-game and the end result seems to suffer even more – as fans saw in the disappointing Order of the Phoenix game back in 2007. Encapsulating that sense of wonder of a wizarding world that we grew to love from the book (and to be fair, even most of the movies) seems to have proved elusive to game developers.

The Half-Blood Prince does manage to throw in some nice touches however. For starters the game includes an impressive, sprawling recreation of Hogwarts – the fantastically magical, castle-like school to our main heroes. Speaking of whom, all of the familiar faces are included – with Ron, Hermione, Draco, Nearly Headless Nick, Professor McGonagall, Dumbledore and of course Harry himself making appearances. Well, they are nearly familiar faces anyway… Some of the in-game representations of the characters look zombie-like and cut-scenes seem to vary from awesome to laughable. Hermione’s trademark bushy hair moves in two thick clumps, Harry looks terminally ill, McGonagall looks like she needs a bath and there is definitely something wrong with the proportion of Ron’s head to his body. Meanwhile, the presentation of the menus and the opening screens are extremely well put together, but some of the later cut-scenes and story-telling devices seem short and sporadic.

As you would expect, the game’s storyline tries to follow that of the movie of the same name closely (while missing out a lot of the finer details that the book could provide). With this being said, I imagine that anyone playing this game would have a hard time understanding what was happening without having read the book first. The story rockets along, leaving out bits of information all over the place, while introducing characters left, right and center. But let’s face it, it’s doubtful non-Potter fans would pick up this game anyway, so the abbreviated plot is likely to be appreciated.There are also some unusual scenarios that have been completely fabricated as well – which might confuse (or annoy) those who have read the book.

As previously mentioned, exploring Hogwarts is a bit of fun for Potter nuts, which is just as well as you’ll find yourself spending a lot of time running through hallways after your next objective. There are moving staircases, hidden passages, interactive artifacts on walls and some faithful recreations of the specials rooms as seen in the movie. But players may find themselves exploring these same areas a bit too frequently by the end of the game. Thankfully, the developers have given us a sense of navigation now too, allowing you to summon Nearly Headless Nick, a helpful ghost who will lead you to your next destination.

The rest of the gameplay can be broken down into a handful of categories that almost play out like mini-games. One of them involves making potions in the dungeons, combining crazy ingredients and cooking them to make a colourful brew. The gameplay here is basic but fairly entertaining, letting you mix and match your gruesome items, stirring your formula and deciding on the amount of heat by flicking the analogue sticks. Although again, it’s another part of the game that is over used and after your ninth potion you really couldn’t care less whether you made a healthy elixir or blew your own arms off.

I was initially pleased to see that Quidditch (the wizarding sport that combines elements of ice hockey, basketball, handball and… broomsticks) made a return to the game. The idea of speeding around on a broomstick, dodging bludgers, twirling past blockers and slamming a goal through a hoop at the end of the pitch would be enough to sell this game alone. But sadly, this mode is dull, uninspired and manages to completely forget the sense of excitement that Quidditch compels. As a Seeker (Harry’s chosen position since the first book), it is up to you to capture an elusive little flying ball known as the Golden Snitch. Except, instead of roaming the skies looking for a glint of yellow, you are stuck navigating your way through a pathway of stars that appear like check-points. Although there is other stuff happening around you, all you need to do is keep Harry on track and after enough stars have been passed through, Harry grabs the snitch and the match ends. It’s a damn dirty shame.

The other type of gameplay you’ll experience is, thankfully, a lot better. As Harry gets older, wiser and sheds his baby fat, duelling becomes an everyday practice, especially with the sinister events happening in the outside world. Duelling is wizard-on-wizard action where you must out-cast your opponent in a fearless display of magical prowess. Players can send spells at their opponent by flicking the analogue stick and dodge or deflect their opponent’s attacks to become the victor. It definitely is the highlight of the game, with Stupefy, Protego, Expelliarmus, Petrificus Totalus and Levicorpus spells flying all over the place – especially when duelling a friend thanks to the two-player mode. Later levels in the game will see Harry battling Death Eaters and the dreaded Inferi in a similar duelling gameplay mode as well.

There is no question that this game is set in the imaginative, thrilling world that Harry Potter fans have grown to love. It complements the series nicely, offering a couple of thrills and a chance to throw down some wizarding skills. But overall, the game lacks that sense of polish and depth that the franchise sorely needs. Gameplay is entertaining at first, but fails to remain so after extended play. Definitely one for the younger fans of Harry Potter (although there are a couple of scenes towards the end of the game that may scare ‘em a bit). 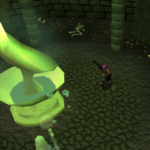 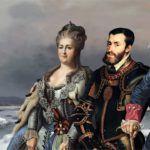