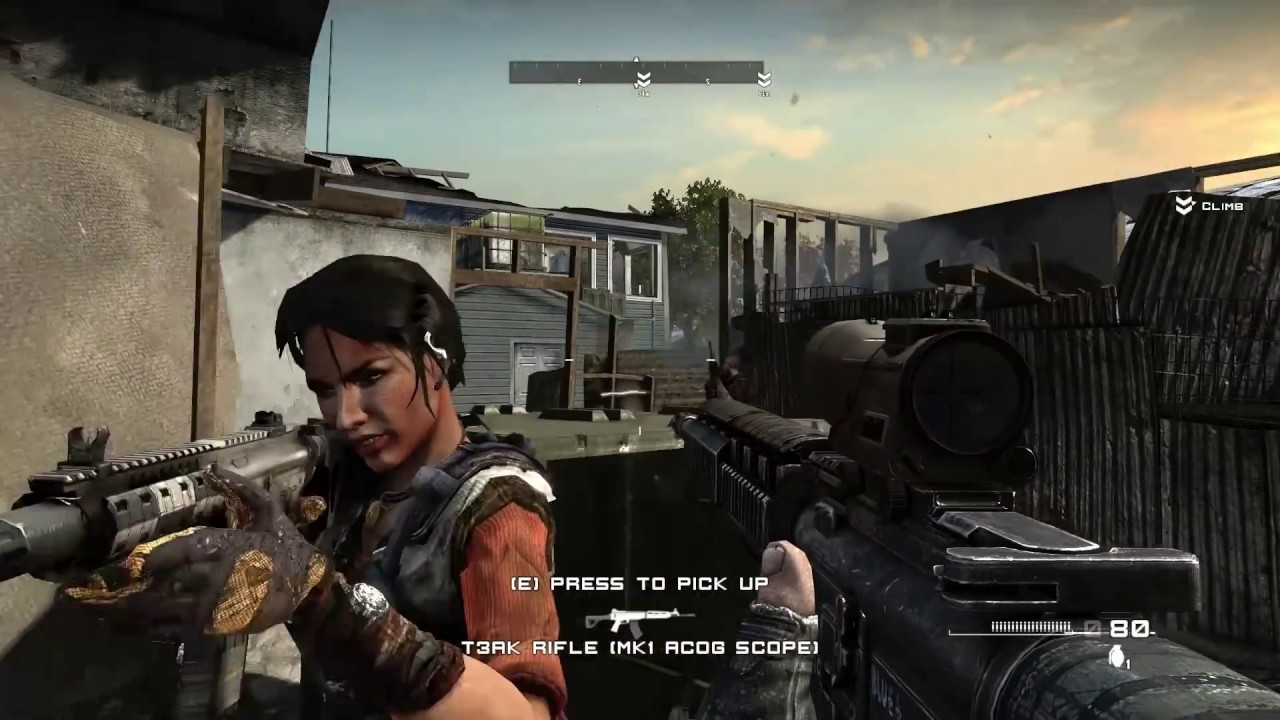 After playing Homefront I cannot help but feel bad for Kaos Studios (the developer) because you can tell a lot of love and work was put into it. The problem is that when you put all of that aside there is, sadly, almost nothing special about this first person shooter. Set in the year 2027, North and South Korea have united, become a super power and successfully invaded/occupied America. This is a good setup for the plot, where you play as a new member of the American resistance.

Unfortunately, good setup or not, the story never really keeps a hold of you after the first hour or so. It starts out strong and the beginning of the game has a very powerful and emotional impact so that you really want to fight back when you get the chance. However, once you do get that chance, Homefront becomes a fairly by-the-numbers FPS with regards to its singleplayer campaign.

With almost every set-piece within the game, you can see the other game it was inspired by – mostly the Call of Duty and Half-Life series. While there is nothing wrong with using other games as inspiration, you still need to deliver on what you are doing and Homefront just cannot help but feel like a poor man’s version of these other games. The bigger moments never really have the impact they are trying to convey, although (making it all the more disappointing) you can see the “cool moments” they were trying to create. Granted, some of this could be due to the fairly poor writing; there simply is nothing original about any of the characters you spend most of the game with and most of the times the game wants you to care about them end up falling flat.

This is made even worse by the fact that the campaign will take you 3-5hrs to complete. This is a very short singleplayer game and for some that is a big problem. Personally I don’t care too much about the length of a singleplayer game (I find myself with less time to commit to games these days anyway), just so long as the experience during that time is a hell of a ride or delivers an amazing story. Homefront doesn’t accomplish any of this. Again, the ride isn’t terrible, it’s just not great and in today’s gaming market, I just don’t think a developer can get away with delivering just a “good” game” anymore; especially when there are so many potentially great FPSes on the horizon. If the singleplayer is all you are interested in for Homefront then I wouldn’t recommend it for you – unless you can rent the console version for a weekend.

However, if you are looking for your next online experience, then Homefront just may surprise you with its multiplayer offerings. It has a very similar set-up to the Battlefield series where you fight on large maps, choose your class, and as your team is winning or losing control points the front lines of the battlefield will shift.

There are a few neat features that Homefront introduces that set it apart from the competition. The two that stand out to me are Battle Points and Priority Targets. Battle Points are Homefront’s reward system, however unlike CoD where you unlock all your new abilities outside of combat (Homefront has all this stuff too by the way), with Battle Points you get to make tactical decisions in the middle of a fight. As you kill people, win control points and so on, you collect Battle Points which work as a currency you can spend at anytime to equip predetermined items for your class. Examples of these are deploying a drone, UAVs, getting a rocket launcher, or calling in air-strikes. So instead of earning these abilities via kill-streaks, you can purchase them whenever you like – provided you have the Battle Points you need. This adds a lot of nice strategic depth, especially for a team that works together, and each teammate can really decide their role based on which abilities they will spend their points on.

Don’t worry, though, there is still a reward for getting a kill streak. You get to become a priority target for some members of the enemy team (lucky you!). The higher your kill streak gets, the more enemy team members you become a target for. Oh and did I mention your rough location is given to them on the map and whoever kills you gets bonus Battle Points? This is honestly such a cool feature! It does a good job of balancing kill-streaks so that the really good players can’t become too powerful or if they do and stay alive they get extra bragging rights.

It is little extra features like this that makes Homefront stand out among the current multiplayer shooters on the market. Unfortunately there currently aren’t that many maps and snipers are very unbalanced. I also experienced some fairly bad lag a few times. Fortunately these are all things that can hopefully be updated and fixed up in future patches. If the developer was smart they would release a multiplayer demo so people can give it a shot and see just how cool it actually is.

Something that probably won’t be patched into the game though are better graphics. Sadly, this is not a good looking game, with some pretty low-res textures and an art-style that I can only describe as dull and predictable. I know it is going for that “the fight is in our backward” feel, but the whole look actually reminded me a lot of the Terminator Salvation game and anything that reminds me of that poor excuse for a videogame is just bad news bears. The voice acting is good (although one character goes a little too over the top sometimes) and the shooting / explosions are all what you would generally expect. Nothing bad but nothing special either – a common problem for Homefront I feel.

After playing Homefront I am surprised so much of its advertising focuses on the singleplayer, considering it is its multiplayer that actually stands out as a possible reason to purchase the game. As I said at the start, I feel bad for Kaos Studios because I think the outcome of Homefront was influenced by possible combination of either a lack of time, budget or talent. You can see the stars the developers were reaching for but the reality is they fell short. Perhaps a sequel can improve on the foundation that has been built but right now, Homefront fails to stand with the FPS giants it is trying to conquer.