The cereal mascots of our childhood have been chased off by the angry parents of fat children. Is there no one left to defend us from the ravages of evil villains who inexplicably hate breakfast?

Despair not! With brand new developer Simogo’s twitchy arcade game Kosmo Spin, you can take up the mantle left so callously on the floor by Tony the Tiger, Cap’n Crunch and Dig’em. You can save breakfast.

Kosmo Spin casts you as an alien who runs around the circumference of several different planets in order to gather up delicious breakfast items. A more malevolent alien in a spacecraft gets in his way by beaming up said breakfast items– and you, if you get in the way of the beam.

Sports add to this bizarre morning soap opera, as the bad alien occasionally drops different kinds of playing balls on your tiny planet. You must whack the balls back into space with your head while keeping an eye out for the safety of your breakfast pals. If a ball makes contact with your planet, you’re temporarily stunned. The balls react differently to gravity according to their type, so success depends on how well you can think on the go.

In order to maneuver your little hero, you spin your finger around your iPhone screen. The planet at the center acts as an axis, and the bad alien floats above you, raining death and rubber. If you’ve ever experienced the boss battle with Raphael the Raven in Super Mario World 2: Yoshi’s Island for the SNES, you have a good idea of what to expect

Kosmo Spin is pretty weird, but it’s also ridiculously fun. The game hands you a whole bunch of busywork all at once, and it’s all so silly, you can’t help but get caught up in its strange simplicity.

You can try for the highest possible score, but the real charm comes from trying to beat the game’s issued challenges. Each challenge is doled out by an alien with his or her own personality, which determines what kind of a hurdle you’ll face.

The breathless, all-caps alien will want you to beat speed challenges, while the unsettling, slightly psychotic alien will challenge you to collect a certain amount of breakfast items without eating the one donut she thoughtfully poisoned. The presentation for Kosmo Spin is top-notch and lovingly put together, even though the game world itself is so simple.

Kosmo Spin is nourishing arcade fare, even if you can’t stand eating anything first thing in the morning. It’s a fantastic game, and best enjoyed alongside some French toast. 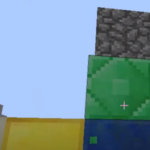 How To Make Block Of Emerald
Next Article 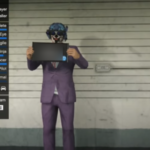