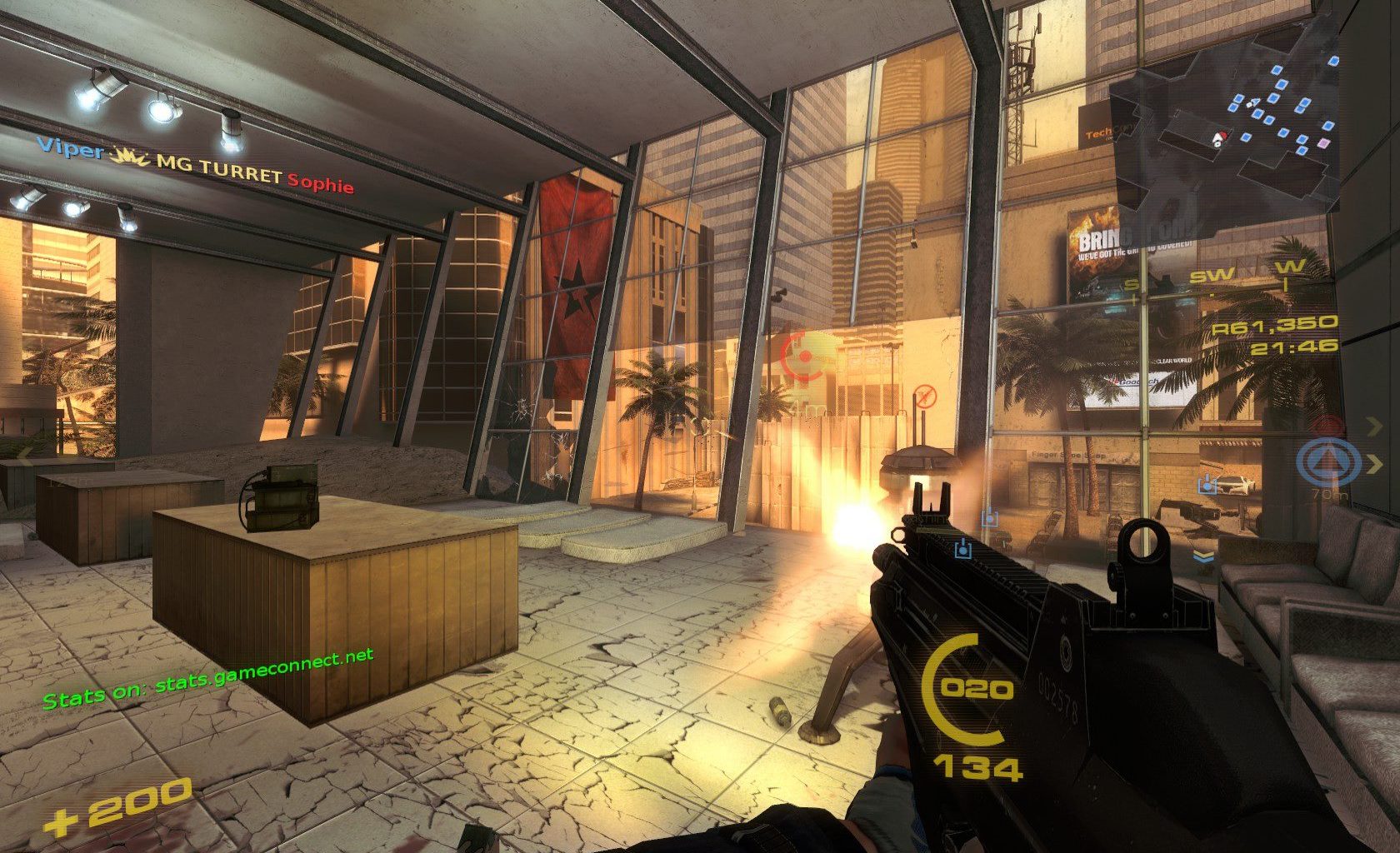 Nuclear dawn does something other games have tried before; blend a first-person-shooter (FPS) with a real-time Strategy (RTS) game. Unfortunately, like many of them, it has failed to form a successful merger of the genres.

Nuclear Dawn is an online multiplayer game, available on Steam, where most players are soldiers on the ground fighting it out in first-person for one of two teams. Additionally, one player for each side will also be the team’s commander. This player is able to look at the map from an isometric perspective and give commands to the other players, construct buildings, etc.

As this game is a hybrid of two popular genres, it can be a little complicated to get your head around the game’s mechanics at first. Unfortunately, the game doesn’t do much to make this any easier. There are two extremely short tutorial videos that give the bare-bone basics for both gameplay types and how important capturing control points on the maps is, but that’s about it. If you fancy yourself a leader or *cough* a commander, then there is now way to find out what any of the buildings you can construct do until you are actually playing commander for the first time. This trial by error way of learning means most games will have fairly bad commanders until more players get their head around it.

Similarly, if you are a soldier and see this funky looking pod thing that your commander just finished constructing, there is no way for you to know what it is or what it is for.

I know some buildings can be used to swap load-outs and others are turrets but I have no idea what any of the others were for. Adding to this chaos, death can also come very quickly and out of nowhere. Most of the time when I died the camera would suddenly shift with such force, as if the last bullet that hit me just shoved my eye ball a few meters before dying. This was kind of strange, especially when I had no idea where I was even shot from, I was just suddenly dead and waiting to respawn.

As a soldier you will also have the option to play as one of 4 classes which have some kind of rock-paper-scissors relationship (no idea where the 4th class falls into that 3 sided game). Each class can be customised (although the interface for this can be quite confusing) and has a special ability, the benefit of which is not always immediately apparent. A good team that works together will be important for victory, as will having a good commander. Sadly, I managed to find neither of these in my time playing. Instead each match was just chaos where my team (myself included), seemed to have no idea what was really going on or what we were meant to be doing. The few times where I did know what I should be doing, I wasn’t sure how to actually do it.

Nuclear Dawn runs on the Source Engine, so it plays and controls similar to a lot of the other FPSs in that engine. It is not the prettiest of games out there; plus it has a fairly bland and boring artstyle. In fact the two enemy teams even look the same, except one is coloured white and the other a grey-ish black. There just isn’t all that much originality to Nuclear Dawn.

As can be quite common in these types of games, most matches were either extremely one sided or they would drag on in boring stalemates with both sides constantly fighting over one single point and nothing ever changing or going anywhere. While I am sure there are some people out there who love these kinds of games and want to dig into the “hardcore” experience, Nuclear Dawn failed to grab me.

Genre hybrids are becoming more and more popular these days, which I think is great. However, they still needs to be executed correctly to be something special. In Nuclear Dawn’s case some way of teaching the players it’s mechanics were really required (even if it was just pages of text with pretty pictures, just something… anything). Unfortunately Nuclear Dawn has none of these and is instead a confusing game that isn’t all that much fun to play.