One Punch man road to hero is an action role playing game which was released in 2019. This is a complete story based game consisting of various chapters. You can unlock the areas of the city by completing the chapters of the story. There are more than 50 playable hero characters available in the game. You have to make a team of five heroes. After making the team, you have to battle against the enemies.

This will be a turn based battle in which you can attack the opponent turn wise. You can choose a particular hero to take down the specific enemy according to the skills and abilities of that hero. Set the positions of your team before entering into the battle. There are many game modes in the One Punch man road to hero, you can play any one of them. You will get experience points after winning the battles.

You can also earn diamonds by completing the objectives in the game. One Punch man road to hero is a very interesting free to play role-playing game. You can download it for free from Google play store and Apple App store.

The characters of the One Punch man road to hero game are categorized into five categories.

The most highlighted characters in group SS are Elite Boros and Elite Garou. They play the most important role in the game. The leading heroes in the group S are Elite Armored Gorilla and Elite Carnage Kabuto. These both are tank characters.

The primary role of Elite Boros is Damage over time and he is a tank in his secondary role. Elite Boros is the most strongest and powerful character of the game who hits his opponents with damaging attacks. He has the ability to absorb the attacks of the enemies so that he doesn’t take any kind of damage and survives for a longer period of time in the battle. Elite Boros has got the skill to remove the debuffs from himself.

The primary role of Elite Metal Bat is Tank and the secondary role is Burst Damage. He deals 120 to 150 damage with his attacks and also restores 10 health points. The Dragon Thrashing move of Elite Metal Bat deals massive amounts of damage to the opponents. He plays an important role as both damage dealer and tank and he is one of the great utility characters in the game. Elite Metal Bat really turns out to be a nightmare for the tanks in the opponent team.

Elite Mosquito Girl is a female character in the One Punch Man Road to Hero game. Her primary role is Group attack and secondary role is Tank. She provides AoE damage to her opponents and also has the ability to silent them. After being silent, they will ot be able to use their skills and you can easily target tem. In order to reach the full potential of Elite Mosquito Girl, you need to have some support characters in your team. 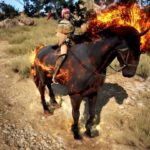 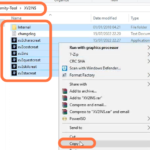