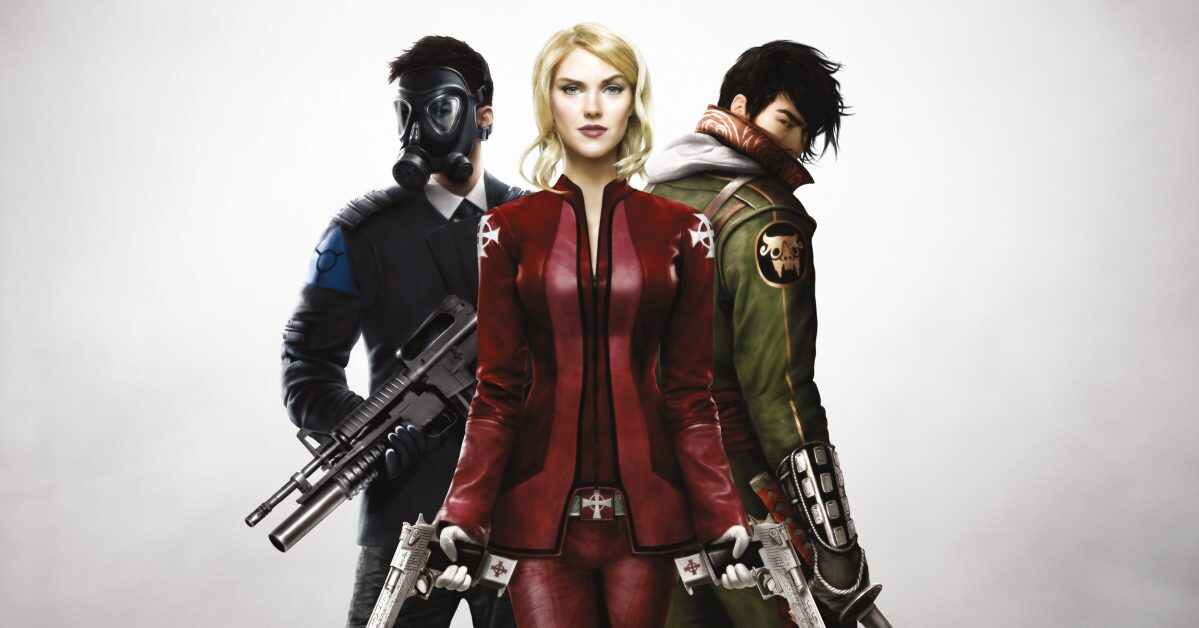 There’s a standard formula for Massively Multiplayer Online (MMO) games; it’s tried and true, and, frankly it would be fair to say a lot of people are getting quite bored with the genre. Here’s how it goes:

You have a theme; if you have any sense, you will go with a fantasy one, because it takes little thought to create a “good vs. evil” background story. That decided, you create a game engine that sees players level their characters as quick as possible so they can get to the end game content and prance about the main city areas showing off their uber gear. Charge a fee of $20 a month, and there you have it.

So, if a game comes along that does not follow the recipe, is it in fact an MMO, or are we witnessing something new? The Secret World is one game we hesitate to to pigeon hole in the genre, as it challenges so much of the accepted convention. One thing we can be definitive on, however, is that if you still enjoy the level grind and get off on spending your end game being a show pony, then this is not the game for you.

Take the game theme for instance: modern times. Sure, it has good and evil, but it also has all the shades in between. It has three distinct factions to choose from that compete as much against each other as they do against the government, other underground organisations, and evil itself. Sound complex and convoluted? That’s not the half of it!

You start the game as in any MMO, by selecting your character and faction. You can be Templar, Illuminati, or Dragon. Each has its own history, and each has its own real-world starting city. No races here, just the ability to change your facial features and clothing. Not the fully featured character creator of some recent games, with every detail being changeable, but sufficient to create a level of difference between players.

The opening sequence for each faction is the same and, regardless of the faction you choose, you pretty much follow similar storylines. Without spoiling the beginning, it is the first MMO we have played where you are thrown straight into battle in a truly weird action sequence.

That over with, it’s off to select your skills. You’ll note we didn’t mention any kind of class selection; that’s because there are no character types in the game. Just hundreds of skills that you can pick and choose in order to create the type of character you enjoy playing the most.

The skill wheel takes a while to get your head around, but basically you can choose from melee weapons (sword, hammers, and fists), firearms (pistol, shotgun, and assault rifles) and magic (chaos, blood, and elemental). Each skill has subsequent layers to unlock. You are not tied to any one skill; in fact, you can effectively have two skill “trees” selected at one time – a Blood Mage wielding a Shotgun, for instance. You can go heavy on one skill and unlock deeper and more complex skills or you can choose to pick a scattering of each.

In addition to this, you can spend points on specialising certain weapon or magic skills to make them more powerful. This system replaces the traditional character-leveling system; as you play, you get additional points to spend, and it is up to you where you take your character.

The game itself has quests, boss fights, and instances. All of which you would expect from a game in this genre, however they are radically different from what a jaded MMO player would be used too. The term quest, for instance, is just not the simple “go here kill some stuff and come back” type you might have seen (a billion times) before. Instead, you’re restricted to only one storyline quest and three side quests at any given time.

This means you don’t just hit a hub and scoop up all the quests before heading back out to grind on boars; instead, each quest is carefully crafted – and not just in its story, but also in its challenge. As you progress in the game, you will find less of the quest markers you are used too, the quests are longer (we had one with 18 phases), and they require not just your combat skills but also a lot of thinking to complete.

Other players in the game won’t proffer you clues or solutions. Everyone plays in the spirit of the game, where the challenge is to nut out each quest in turn and unravel the story as you go. How hard are they? Well, without spoiling it, the in-game button to pull up Google is there for a reason. It is so you can look up the web pages of some of the characters and organisations you find while playing. Yes, the designers have created multi-paged web sites that you have to trawl through to glean clues about what to do next. A simple maker’s label on an item you pick up can be the one clue that opens up a new strand in the story.

So what is the story? Well, think creatures from other dimensions, zombies, demons, secret organisations, people with dark personal secrets, and firemen with axes. The voice acting of the NPCs you meet and interact with are stunning. Each one has a lot of depth. Conversations are not designed as time wasters but are there to be enjoyed and carefully listened to on the off-chance there is a snippet of a clue.

At first pass, the combat system seems a bit weak, however as you progress in the game you forget the lack of punch to it and learn to appreciate how tactical you have to be to survive. Standing toe to toe mashing the same combination of buttons will not win you the fight; you need to move and use the limited number of skills you have loaded your character with. Often you will find yourself making the death walk mulling over how you might swap out your skills for differing ones that might help you win the fight.

As you would expect from an MMO, you pick up items and equipment as you progress. There is no armour as such in the game, but different talismans you can wear to protect you and enhance your skills. Bigger and better weapons can influence a fight dramatically, however they drop infrequently and (of course) they’re not always the type you are skilled in. They can, however, be broken down into crafting components to make weapons more suited to your skills.

So what does it play like? Well it certainly does not feel like an MMO. It is more like a vast and complex online adventure game, where you can team up with a bunch of other adventurers who are at times just as baffled as you are at what’s happening. Walking down main street, it’s not unusual to see another player running for their life as they trail a horde of zombies. There is a lot of satisfaction when you close out a quest line or discover a new one in an unexpected location.

Other than the plot twists, there are also a lot of solo instances that form key parts of some of the quests. Luckily there are no instance timers, as some of them take a long time to nut out, with one in particular requiring fighting through a multi-level car park, practically in the pitch dark. With only a torch with a very limited cone of light to guide the way, it was particularly scary.

The atmosphere in the game is like being in a zombie / supernatural horror film, something that both the graphics and the music do a great job of supporting. A seaside town, enveloped in a grey mist, the groans of unseen horrors, and distant desperate gunshots all set the scene.

So what about end game. Do you get to sit on your rare mount and lord it over the peasants! No, there is no end to the game. Every month the developers are releasing more and more content. More stories, more compelling mysteries and more adventure.

It’s not perfect. No MMOs are on first release. There are occasional glitches, the combat could do with some more oomph, and some players may find the quests just little too hard. What you will find different, though, is unlike many of its competitors it is not the race to level up, it is a game that is all about the journey.

It’s not an MMO as we currently define them; rather, we like to think of this as the next step in the Adventure game genre. It is pay per play, with in game shopping, but – to be frank – it’s worth every penny. Get it and experience it for yourself!