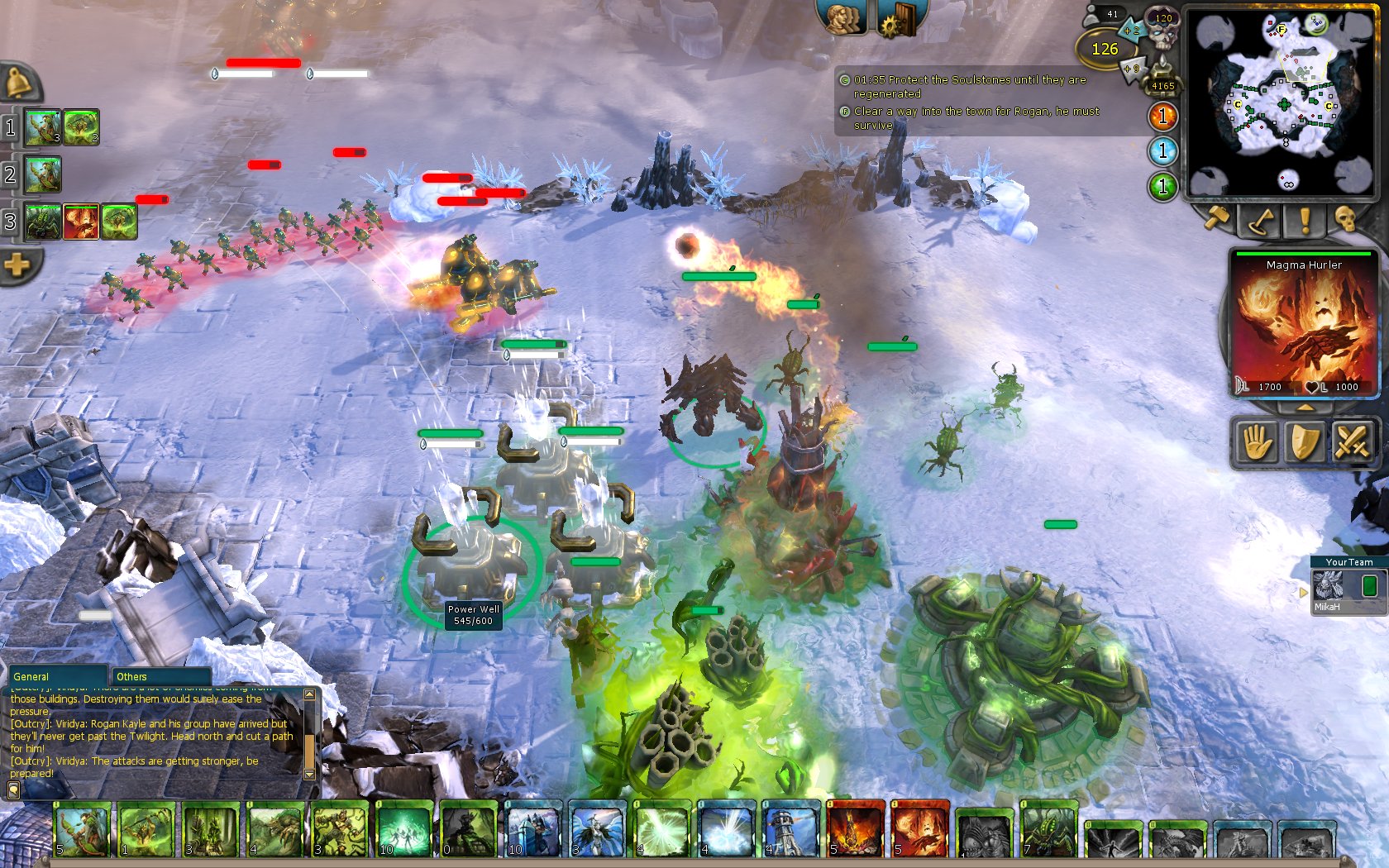 In a traditional monster and magic-based card game players are restricted in a certain sense. The deck can only have so many cards, each player is limited to using what is only in their hand, and they can only react when it is their turn. In EA’s brand new ‘BattleForge’ players take the card game onto the online real-time battlefield to duke it out for superiority. Players use decks, monster cards, and summoning methods from the traditional card game but then are given a massive fighting environment, buildings, and the added feature of playing online. This creates a high need of strategical skill from the player as they must not only manage what goes into their decks and how to play their cards, but how to do it in the real-time war zone.

Players of either ‘Magic: The Gathering’ or ‘Yu-Gi-Oh’ can appreciate the careful consideration that goes into playing a one-on-one duel with a fellow player. One must take time to craft their deck for the purpose of defeating a certain opponent. Each card has strengths and weaknesses; this must balance out with the rest of the deck, otherwise your opponent may pick up on the flaws within it, then exploit it. The same level of detail and consideration must be used when playing ‘BattleForge’, as no two players are the same. One may use a large amount of brutal creatures that are weak to a certain type of attack, whereas another may use creatures that can withstand an assault until their opponent runs out of steam. This is just one element of BattleForge, and it is the most crucial line between a victory or a loss.

In BattleForge players are given a deck of cards that contain their units which they are to fight with – there are no buildings or abilities to produce more cards or creatures. Out on the field players must capture certain objectives which will in turn produce either elemental orbs or summoning points. Each card in the game requires a certain amount of points to summon and more powerful cards require you to have more orbs of that card’s element. There are four elements in total for BattleForge; fire, frost, nature, and shadow – each element has a different set of creatures with varying abilities. Players are not just limited to using monsters; they can also call upon spells and defensive towers in the same way they summon creatures.

BattleForge, unlike most RTS games, uses a system where units are instantly summoned onto the battlefield from the ‘hand’ of the player. This leaves no delay between wanting to put a unit from the deck (A.K.A. build menu for other RTS games) onto the field. This may seem like a bit of a gambit as there is no stopping players from summoning powerful units right behind your weaker ones but there are certain parameters for summoning. In order to summon a creature you must be near other units of your own or a monument – the building where points and orbs are accumulated. If a player wishes to summon units near a monument there are no penalties but creatures summoned away from the monument take a debuff known as ‘Resurrection Sickness’. This means that the unit summoned has reduced health and ability for the duration of the debuff. This spells out a risk for players who want to put their freshly summoned units into the heart of their enemy’s attack force.

In BattleForge the A.I is not your only enemy or friend on the field of battle. BattleForge is played entirely online while connected to the EA servers. A large majority of the missions you are given require you to have a few other players in your party. Much like a dungeon raid or party quest in a MMORPG, players must gather friends and strangers alike to defeat a much more powerful enemy in a specific area. This is known as the PvE side of things but again, like an MMORPG, it also has a PvP (player versus player) focus. Players can enter PvP matches that range anywhere from one-on-one to a massive eight player free-for-all. Doing well in both PvE and PvP matches will earn you gold and experience which will allow you to buy more powerful cards and gain access to higher-end missions.

Phenomic Studios and Electronic Arts have done a fantastic job in presenting a game that is both original and fun to play. The concept of an RTS with a card-based system and online features has been welded together perfectly to create a game that feels natural, almost as if the genre has been around for years and is now refined completely. One other fantastic feature that must be pointed out is the ability to play the game without registering the CD-Key. Players can install the game and choose to play on a ‘trial’ basis before they register the game under their EA account. Kudos to Electronic Arts! This means that people can try the game before dedicating themselves to the absolute process of activating it online and being unable to return it or resell it. However it feels like Phenomic should have also made a different side to this coin and allowed it to be played offline in a dedicated campaign mode. This point aside BattleForge is a fantastic new concept and has translated into a very enjoyable game. 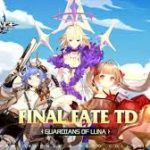