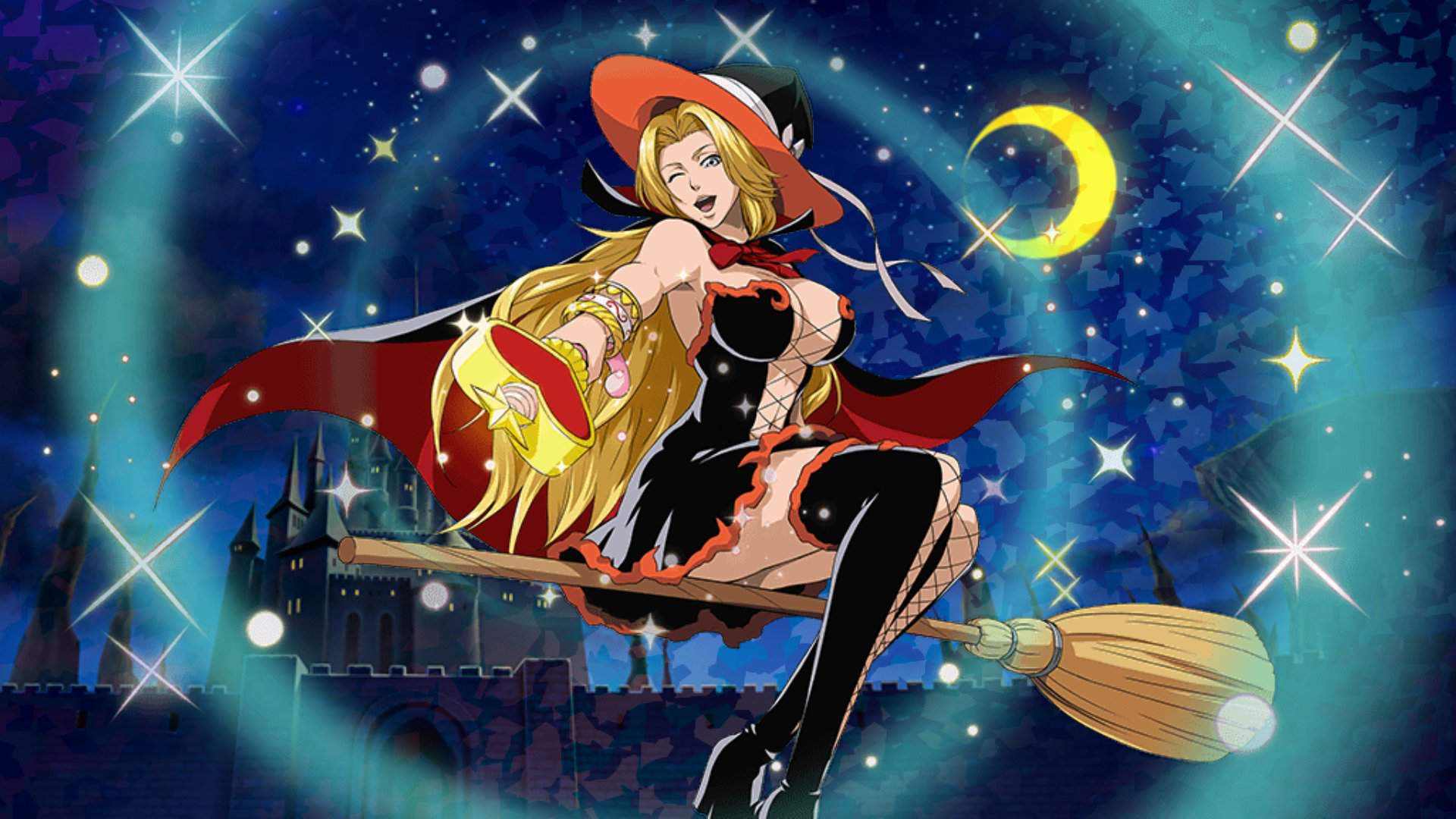 Bleach Brave Souls is an action role playing game. The game is based on a bleach story being released in 2016 for the action game players all over the world. In Bleach Brave Souls, there are many different characters. You have to pick the characters from the list and make a team of 3.

Every character has unique and special moves which you can utilize during the fight. After winning the battle the characters gain experience and become more skilled characters. Other than that you can also train the characters in order to enhance their playing skills. It totally depends on you how you make your team the best of the lot.

The characters in Bleach Brave Souls are categorized into eight groups.

The first group consists of the God characters. They are SSR tiers. Top of them are Arrancar Sosuke Aizen and Hiyori Sarugaki Christmas. The leading heroes in the group SSS are Genryusai Shigekuni Yamamoto and Refinement Ichigo Kurosaki. They are the best attackers in the game. They have got ultimate range skills. The main heroes in group SS are Momo Hinamori Love and Toshiro Hitsugaya Bankai. They can freeze the enemy to minimize their healing power.

The top characters in group S are Bankai Byakuya Kuchiki and Kenpachi zaraki. They can engage a single target and kill them instantly. Few of the top heroes in group A are Ichigo White and Isshin Kurosaki. They are good enough characters. They are a very good addition to your team.

Tier Halibe is a female character that possesses unbelievable abilities. You must have 7000 orbs to pick her as your playable character. Tier Halibe has a high frenzy and SP. You can do two external attack damage links heavily armed to her at all times unlike many other characters. The attacks of Tier Halibe came back at a very high speed and made her stronger among the other characters.

Her strong attack 2 is a boost move that increases the team’s attack, defense and focus by 33% for 20 seconds. Tier Halibe is a strong tech recharge character so she can essentially have an infinite boost. She has a +40 bruiser which is a very rare ability and makes her normal attack actually really good for an SP character. She truly is the ultimate hybrid character and is more than deserving of the number 1 spot.

Zayelaporro Granz belongs to the Arrancar Race, he is a thin and tall male character with pink hair. He appears with the Soul Reaper Killer, having a high SP, fenzy as well as a big range of strong attacks. The most successful attack of Zayelaporro Granz is subtle black that covers a massive area. His strong attack 2 is a calling vortex move that is very deadly. Both normal and strong attacks inflict poison.

Additionally the special also grants protection status to anyone who is alive by giving them an extra life with 50% of the total health and you get more health back than you would. Zayelaporro may not be as fast as some other characters in the game but he is definitely better with crowd control. He is also better for support since his special is the best support move. Zayelaporro Granz is an excellent boss killer, he ranks very high when it comes to boss fights.

Her strong attack 1 is a lunge move. She lunges on the enemy to attack that increases her range. Strong attack 2 is a vortex move that surrounds her. It both doubles as a shield, making her even harder to hit and it actually does a decent amount of damage because of her +40 berserker. The hybrid vortex attack gathers the enemies in one spot and it is perfect for her to kill the enemies continuously. She also has poise that makes her even faster and better in PvP.

Simple and straightforward, Bleach: Soul is a game with few frills and almost no consideration given to those not already fans of the manga. There are three basic modes – Story, Mission, and Soul Attack. With a bit of effort you’ll get through the fourteen chapters of button mashing, sword wielding, spell casting action that makes up the Story mode, in a day. After that you can spend some time levelling up the nineteen playable characters. And once they’re powerful enough you can unlock around forty missions in the Soul Attack and Mission modes. All straightforward fun.

What isn’t straightforward however is trying to figure out exactly what the hell’s going on. But, here goes. There’s this guy Ichigo Kurosaki, he’s the main guy. Rukia Kuchiki is a Soul Reaper. She gets hurt fighting a Hollow – they’re evil spirits that are trying to get into the Land of the Living – and gives her powers to Ichigo so he can help. But, if you’re a Soul Reaper you’re not allowed to do this. So Ichigo, along with friends and Soul Reapers like Uryu Ishida, Chad and Yoruichi Shihoin, travels to the world of the Soul Society battling Hollows, such as Grimmjow and Halibel, to ultimately confront evil Soul Reaper Sosuke Aizen who set up Rukia as part of his evil plot to overthrow the king of the Soul Society. I think.

Anyway, that’s all in the past, and if you’re all up to date with Bleach lore you’ll know exactly what’s going on in the story mode of Bleach: Soul. Essentially you need to help Ichigo and his friends stop Aizen and the Espada, a group of the most powerful Hollows, from invading the Land of the Living.

If you’re not that clear on the whole Bleach saga, what you get is fourteen fairly muddled chapters with only brief spoken intros and no cut-scenes. There’s a lot of running around bland and pretty uninteresting deserts and city settings. You get to bash a lot of ghost-like spirits, little fish spirits, bird spirits, giant ghost-like spirits and boss Hollows. If you’re a fan of Bleach you’ll have a blast. If not, it’s still pretty enjoyable. Just don’t try to figure out who everyone is or what’s going on.

While the story may not be, playing the game is very simple. You move with the sticks and jump, strike and cast with the face buttons. With the triggers you can dash, guard, target enemies and fire off your chargeable Ignition Attack. While each character has different attacks, the controls are the same. So, while it all looks different on the screen, if you can play one character, you can play them all.

Not that the characters look bad. Despite the generic and uninspired environments, repetitive music and inane battle chatter from the fighters, the playable Soul Reapers and Hollows are all faithful to the television series. Of course this means that they are not exactly cutting-edge as far as gaming goes, but they move well and their attacks are smooth and interesting enough to make you want to see them all. There are a lot of swords, some scythes and bows and Yoruichi Shihoin is pretty awesome with her swift kicks and punches. And that’s a good thing because once you have played through the fairly short story, with no real online aside form the high score tables, levelling up and unlocking missions is all there is to do.

In the missions you start in various areas from the story. There will usually be some kind of restriction. Like a time limit, a set number of Hollows to kill or a one hit and die rule. Get to the end of the mission and you will unlock other missions. At the beginning of each mission you can choose the difficulty to help you gain extra XP.

Levelling up works along the same lines as Final Fantasy X. Depending how you handle a mission or chapter, you get experience points. Playing at ‘very hard’ difficulty, quick clear times and the number of spirits killed all add to your XP. Then you unlock extra health, magic or attack power on the level-up grid. As various characters become more powerful, new areas on the grid open up. This forces you to use different characters and replay a lot of missions with weaker characters just so you have somewhere to spend the XP’s earned by your favourite.

It’s a game for fans that’s both short on story and fairly limited in scope. What there is, is okay, although it gets repetitive fairly quickly. So if you want a simple beat-em-up button masher, and you have always wanted to be a Soul Reaper, and you have the need to give the evil Sosuke Aizen the beating he deserves (of if you‘ve always wanted to be Aizen and want to give those Soul Reapers the beating they deserve), then Bleach: Soul is the game for you. 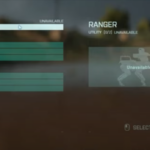 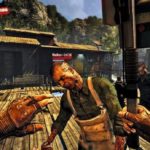