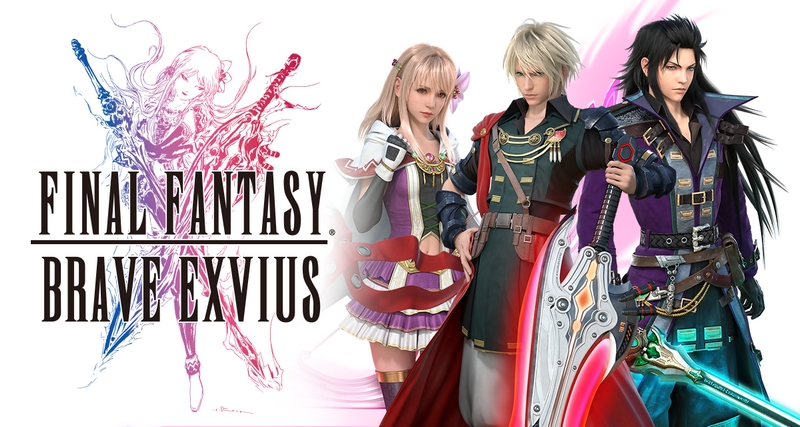 Final Fantasy: Brave Exvius, the mobile RPG from Square Enix has an incredible line up of characters who can be separated by type.

Today we are going to look at the 5 strongest Physical Attackers in Final Fantasy: Brave Exvius. Most of these characters, called Visions in the game, can be obtained through using the Rare Sumon feature in the game.

Note: Information for JP Version comes first, followed by the Global version. JP Version source is Altema. GL source is ExviusWiki. We like to thank both sites for their ranking lists.

Eileen has a number of Attack Buffes in her arsenal. Due to a number of skills in her arsenal, such as Analysis, Ground Work, and Pile Driver, Eileen can make the enemy susceptible to Earth Elementm which then allows for a possible 850% magnification of her attack.

With maximum attack stat at 158, the Onion Knight is the best physical atacker in Final Fantasy: Brave Exvius right now. His stat buffs will allow him to further increase it by a wide margin. Lastly, his Signature Move, “Onion Slice” is a 400% 12-Hit Physical Attack. With those abilities, his Dual Wield will seem nothing but normal.

Tidus can take the role of the guy who restores your team’s MP for a few turns, allowing you to extend the range of your party composition. We love his (Jecht Shot) 200% Water Physical Attack. However, we love more his 6-star Limit Burst – Blitz Ace. This allows Tidus to make 410% 16-Hit Physical Attack. He can reach 720% attack magnification due to his abilities.

Orlandu’s attack power is one of the highest in Final Fantasy: Brave Exvius. He has good debuffs and attack buffs. He shines with a 200% 7-Hit Physical attack and “Battlemaster”, which allows him to fill his limit burst by 200%. His limit burst at 6-stars is a 390% AOE Physical Attack.

Dark Veritas shines more with a Great Sword, making his single unit attacks very powerful. With “Great Sword Mastery”, he has 50% increase in attack power when he is equipped with such swords. While we think his 200% Physical Attack with Ignore 50% Defense is pretty powerful compared to other units, what we like more from Dark Veritas is his “Immovable” ability, which allows him to resist Blind, Paralyze, and Petrify by 100%. What’s more, it is a passive skill!!

Olive’s stats and abilities can even top Luneth, Lightning, and other units that can (or can equip) Dual wield. Her “Mortar Beacon” allows her to passively deal AoE 500% damage every third turn of battles.

In the global version, Dual Wield is possibly one of the best abilities in FF Brave Exvius. We like his limit burst (up to 410% ST 1 Hit Physical Attack) and the fact that he uses a minor amount of MP in many of his attack moves.

Lightning also has Dual Wield. Also, her ability to add elements to her physical attacks allows those attacks to become powerful against enemies who are weak to those. We particularly like her “Area Blast” which allows her to hit all enemies.

Noctis deals major damage with his limit burst as well as his numerous passives that boost his attack and defenses. Noctis is overall pure attacker with some support. His TM is also a priority so you don’t need to TMR, you use Noctis naturally within the game.

Elsa has a whopping 3000+ HP at 6-stars. What’s more, her Limit Burst and “Madness Rush” can increase her Limit Burst Fill Rate in addition to 4.2x physical damage agains random enemies. Lastly, she has Auto Revive in “Dark Favor”, a rare skill whose ability (Revive) is almost exclusive to Healers and Mages. 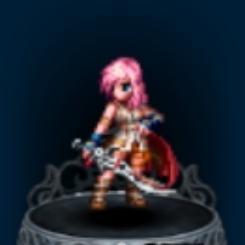 After she learns Attack Power + 30%, Brave Exvius’ Lightning easily packs more firepower than any other character. She can also Dual Wield, making her combos max out at 10! Lightning is also a magic user and she can use… Lightning.

Here comes another character who can dual wield and has high attack points. Luneth’s Limit Burst, Mighty Mind, can lower the defense of a single target by a maximum of 54%. Of course, it can deal damage that can be enhanced up to 410%. (I wonder how Square Enix came up with this system.) If you take the time to max him out, it will pay off. I strongly suggest spending some time in Vortex’s Chamber of Experience to level up your characters quickly. 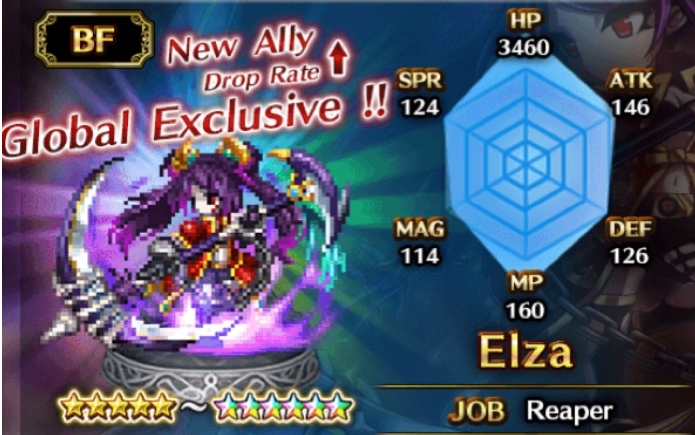 She can Auto-Revive herself, need I say more? She can cure herself of all ailments and has her own buffs. Her total attack power is lower that Deltia’s, but she deals Dark AoE. So, we are letting her take the number 3 spot.

In terms of packing a punch, Delita doesn’t fall short at all. In fact, in terms of sheer power, his attacks are similar to Lightning’s attacks. He can also lower his enemy’s defense and rack up massive amounts of damage by raising the power of his critical attacks. He can utterly destroy a single enemy quickly, which is what makes him rank so high.

If you are up against any type of human enemy, then the Cloud of Darkness will take them out faster. Once you Awaken her to 6 stars she can learn the Ability: Man Eater. This will take 50% of the enemy’s HP and her Limit Break: Man Eater Break will take 75%.

You can see why her attacks are called “Man Eater” as they deal massive amounts of damage to any type of human troop. In addition, she can also learn the Ability: Regression. This will allow one ally to recover from any type of abnormal state.

As expected Cecil (in Dark Knight form) can learn two unique Abilities: Attack + 20% and Attack + 40%. This gives him the highest attack power with no other items equipped. In addition, he can learn to cast Darkness on all opponents and raise his own resistance to it by casting Jet Black.

However, keep in mind many of his attacks drain his own HP, so be careful.

One of the best part about playing Final Fantasy: Brave Exvius is that there are so many characters from all the different FF games. Plus, even if your favorite character doesn’t rank in the top 5 Physical Attackers, that character can still be Awakened to the highest star level possible, which make that character strong enough to stay on your team!

So don’t worry if you haven’t been lucky enough to get any 5 or 6-Star Visions. A max level 4-Star Unit can take you a long way through the game.