Town Of Salem: Guide to Play as Mayor

The mayor is a town support role. It’s not a town protective role or anything like that. Mayor is also a special role because amnesiacs cannot choose this role when selecting. When you reveal you are a mayor, you have the ability to give a potential vote and this means you can give three votes. In the situations where the town is relatively tied with the evil sides, you can have massive sway on the votes. The only problem of revealing your identity is that, once you reveal, you cannot be healed by a doctor.

As a mayor, you need to check the other roles in the town, and if you see a bodyguard, I recommend you review them. That way, the bodyguard can protect you and can potentially kill evil people, and consequently, you can exercise massive swaying vote power. There can be two sources of protection for you: the first one is a doctor, and the second one is a bodyguard. As mentioned earlier, once you reveal your identity, you won’t be protected by the doctor, and the bodyguard will be the only option left to you. So, if you think the bodyguard isn’t available for the time being, you can protect your identity for as long as possible. 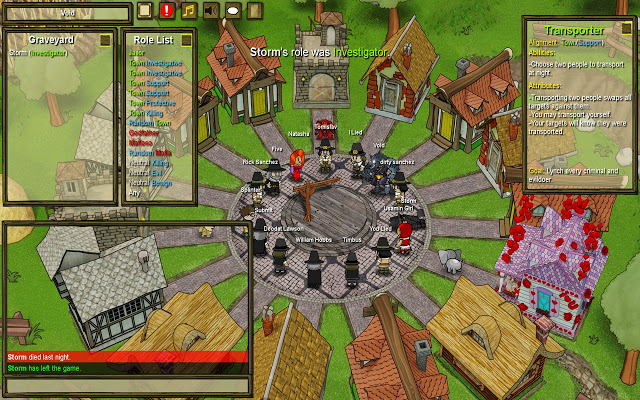 If, however, you have decided to reveal as mayor, what you need to do is that get everyone to whisper their roles in your ear; the best thing about this is you will be able to point out the suspicious people easily. For instance, if there is a person who is resistant and isn’t willing to tell you his role, then probably he belongs to the mafia community. So, it is a good way of knowing who is who. If you come to know that there is a jailor in the town, you must try your best to befriend the jailor because the partnership of jailor and mayor can be very useful for the town community. If you think the jailor cares about you, then you can ask jailor as well to protect you because jailor also has the capacity to do that. On a particular night when you feel threatened by someone, you can ask jailor and he will put you in the jail where nobody will be able to touch you.

At times you need to be vocal and loud, and you need to actively decipher what everyone’s roles are and who is evil. One of the benefits of revealing your identity as a mayor is that people will follow your vote, so if you are willing to protect somebody, people will follow you. It means it is a quick and efficient way for people to vote because they trust you, they trust your opinion. Town members have absolutely no reason not to trust you, and they will be following whatever you say.

At times, you will have to make decisions about revealing your identity. So, if you have decided not to reveal your identity – and this is a situation which is quite hard to do because at times you will be compelled by the town to do so – this has its own perks because silence is always better. Not revealing your identity will keep you safe from the consigliere, the godfather and from the mafia community in general. But, when you are compelled by a situation, for instance, if there is a mafia member and you know him for certain then at this point you can reveal your identity to enjoy the privilege of three votes. In a similar manner, when you are pointed out by a sheriff as a mafia member or a serial killer, and the town is going to lynch you, then at this point, there is no need to save your identity because once you are dead, your identity won’t be of any use to you.

In situations when the town members and the mafia are matched very much in numbers, you need to vote fast because your vote can be the difference between town winning and town losing, especially if you are outnumbered by the members of the mafia.