One of the hardest things to do in Final Fantasy Brave Exvius is building your team. Should you keep summoning until you get strong units or just go with what you got?

The answer depends on what type of player you are and how much free time you have. Even if you did or didn’t pull the best summons, the next part is still tricky. Who should you put on your team?

Plus, we are going to make it super easy to know what to look for in new summons as well!

Visions, warriors from other times and dimensions, summoned to fight along side you. They have 5 basic functions: Physical Damage, Healer, Support, Magic Caster, and Tank. Some units like Cecil can double as a Tank and Healer. Your team will vary depending on how you like to play, the mission quest, and the Trial Boss.

Thankfully, there are 5 parties that you can save in FFBE, so I suggest saving 2 of your favorite teams. Setting aside one party just for EXP and then changing the other 2 as needed. You can also set up a Magic Team, Melee Team, Balanced Team, Double Healer or Double Tank Team, and a team that you want farm EXP with.

What to look for when selecting your Psychical Damager? First the ATK and then, depending on the mission, check what special abilities and or magic that unit has. Any unit with ATK over 200 will be a good choice.

If you know you are going to be facing multiple foes, look for a unit that can attack all the enemies at once. Fencer is one of my favorites for her multiple and signal target ATKs.
On the other hand, if you are facing a Trial Boss like the Devil Chimera, you are going to want CoD since she has elemental resistance against all his attacks.

These units will function as your main guns. In other words, they will deal the most amount of damage to your foes. In general, your super rare summons are going to be the most powerful at their 6-Star level. That being said, there are still great 4 and 5-star units.

If you are just starting out, 4-star units will get you all the way to Kolobos Isle, the 3rd island in the game. Once you get there, you are really going to want 5 and 6-star units. Rain, Lasswell, Fina, and Lid all go up to 5-Stars, and in the future Rain and Lasswell will go to 6-stars.

For players that have more experience with the game, you want to aim for all 5 and 6-Star units. The Trial Bosses after the Great Demon are going to be hard or nearly impossible to kill without them. If you don’t have a strong 6-Star Physical Damager unit, borrow a friend’s.

When it comes to Healers, there are a few abilities that you want to make sure your unit has, such as Cura, Esuna, and the ability to raise your team’s SPR. Esuna will cure anything wrong with a unit and Cura is bare minimum you are going to need to get started since it will recover HP for all units, unlike Cure.

A few player favorites are Refia, Lenna, Tilith, Rosa, and Maria. If you are just starting out, Anzelem is a commonly dropped Magic Caster who can double as a Healer. He’s great to use and is covered in our next list.

On another note, please monitor how much MP you use as this is critical for Healers. To give your Healers an extra boost, equip them with Siren. She will give them extra abilities.You would want Shiva and Ramuh for your Mages.

Now, there are few things that you should take into account with Magic Casters (Mages/Magical Damagers). First, you need to decide on building a Melee or Magic based team. I prefer Magic based teams due to Elemental Chains and they also make up most of my units. For a Melee team, one maxed out Mage is enough.

For a Magic based team, your main Magical Damage should be equipped with Ramuh because he will boost MAG. SPR, and MP the most. For the 2nd Mage use Shiva, she has the same effect as Ramuh but is not as powerful.

MP is going to very important for these units as well, so be sure to back them with units that can recover HP and MP like Rosa. Here’s a list of all the Magic based units currently in the game.

Some other things to look for with Mages are top tier magic like Firaga, Thundaga, Blizzaga, and so on. These will do the most amount of damage, so your main Mage needs to be able to cast them. Arc, Kefka, and Exdeath are popular picks.

For your second Mage, Fira, Blizzara, and Thundara will help you start your Elemental Chains. If you would like to learn more about chains, please read to full guide linked below.

A good second Mage would be a 5-star Ryida since she has a high drop rate and Meteor. Also, Vivi is super common and makes a good Mage.

Support units are straight-forward. Their purpose is to cover for the rest of the team. When selecting the best Support Units, Armor Break and Full Break are two good skills to look for. Another good ability is to able to do large amounts of physical damage like Bladeblitz.

Vaan is one of the most popular Support units. The WoL mainly functions as a Tank also doubles as Support, and is very popular among global players. Either one of these units will be able to help your team. If you are looking for an alternativem Razama and Cerius have a lot to offer.

You can also equip Siren with your Support units.

Tanks are very useful. In fact, if you don’t have any nukes, try placing two Tanks in your team. You want to look for units with high HP that can draw attacks and or shield other units. Also, you are going to want to equip Golem with these units.

Cecil, Demon Rain, Charlotte, Leo, and Amarant are all popular choices. Demon Rain is a limited edition summon so chances of pulling him now are very low.

Surprisingly, this list is very short. But these are only the units that have been released in the Global version as of Nov. 15, 2016. There are Tanks like Snow that will be added under future banners.
Also, Karl from the Brave Frontier crossover could be used as a Physical Damager/ Tank since his HP is 2782 and DEF is 94. In the game, he is not classified as a Tank, so he was not included in this list.

First, we looked at the unit rolls and functions. Now, we are going to highlight a few popular squads suggested by other players. If you would like to suggest your team, please do so in the comment section.

There are a lot of different ways to build your teams and today, we covered a few tips and tricks to make it easier. FEBE is a fun game to play and it has an ever growing list of characters. To make your teams stronger, focus on maxing out your 6 and 5-star units.

Do you have any teams you think we should add? Please leave your best teams in the comment section. If you can’t find what you are looking for, just ask us in the comments.

If you still have other questions about FFBE, we covered more tips and tricks in the article below. If you can’t find what you are looking for, just ask us in the comments. We will be more than happy to assist you with all your FFBE needs. 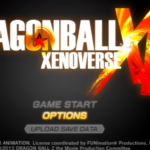 How to Transfer Save Data from XV1 on PS3, PS4, Xbox 360, Xbox One – Dragon Ball Xenoverse 2
Next Article 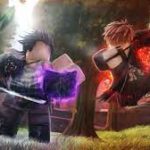