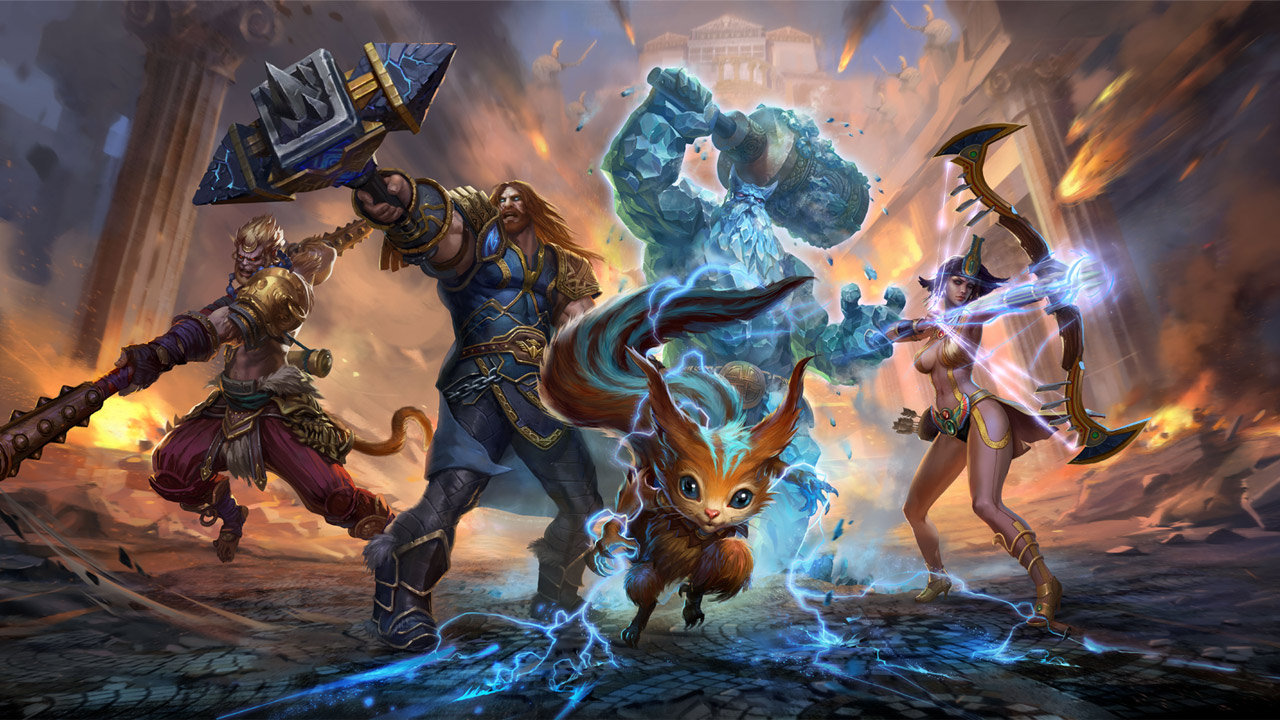 Smite is a game that requires competitive play, and in order to play competitively, you must have some overall idea about the strengths and weaknesses of different characters, as well as their predominant role in certain environments like jungle etc. You must also have some idea about the skills and utility of different characters. For this purpose, I have created this tier list, and I hope you will find it useful.

The characters included in the S+ tier are Janus and Nike. Here is a brief description of both of these characters:

If you need an explanation why Janus is S+, then I think that you haven’t played the game for long enough.

Her early game is improving fast, and people are starting to figure her out. Her end game is obviously the best of any of the warriors that are in the game. It’s up to you to pick or ban this character in her early stages. This character is always broken: it has insane movements, and the damage is far too big. This character has execute-combo which is also very important. Chromos has some of the best end game damage periods and is the tower killer in the game. She is one of the most important hunters in the game right now. She does outstanding damage in the end game, and she has a great poking as well as great control in the end game. It’s the ultimate character in the game.

She breaks the game, and she is just not the fun. She makes too much damage, she is really frustrating, and it’s not fun to have her on your team. But, she is super safe; she has a great chase down, as well as amazing damage.

He is not as good as Athena, but he’s great. He makes you play the game differently and that’s something you should appreciate.

Her control and healing are very good, and she can block almost every blow.

Anhur has great control, and outstanding damage inflicting capacity. The Early game of this character is amazing; the control of gold fury is amazing, control of fire giant is amazing, this is the character that I absolutely love.

We saw a little bit of viability from her last split, but I don’t think the god is super strong. She has a decent control, damage on the ultimate is underrated, and I think with a little bit of switch, she is pretty powerful. I think the patch notes are going to dictate her game.

Ares has a good control in the early game, and decent damage, but lots of games of this character are ending earlier. Also, he makes the best uses of sovereignty since he gets magical power out of it, which is a very strong element in this game.

Bacchus has good movement, great control, and good damage, but it doesn’t have a global presence like Athena has. It has been overrated in the last couple of months and I think people are really overestimating, but there are few combos where he does pretty well for me.

Bastet is also much underrated, and don’t care what anybody else says about this character. Her damage is ridiculous, her movement is crazy, and her poke is great, and that’s something we are starting to neglect here. You need to understand that when you are in the defensive Meta, poke is extremely important, and she is one of the few. Her early game is also incredible, but there are few notable weaknesses: she is very squishy and it’s very easy to catch her.

Most players don’t choose this character, but I’d love to see people appreciating its essence. She has a great lane control as well as great sustainability.

I love Cupid, and I think that Cupid is more viable than pros favor, and with the recent buffs, I like him a lot. It has a buster heart that is very powerful.

This character is super strong: it’s very hard to lock him down, and it has excellent damage as well as control.

Lack of movement is killing this character, but still, it has a super viable shield and it has one of the best abilities in the game.

The healing capacity of this character is very important to notice as well as his speed.

This is a bit scary character and most people give him a full credit.

Agni is the focal point of balance because this character is just super-balanced all the time. I think that this character is little better than what people think: it inflicts really strong damage, and great control. It is also much underrated in the current Meta where people are earning on a lot of tanks, this Agni allows people to initiate and reinitiate quite cleanly. I think it is somewhat underestimated.

Apollo is pretty balanced right now; its end game is obviously very good, but the early game has gone very weak and there has been a lot of pressure in the early game. With the recent boost in his defense, he doesn’t seem to match as much without building a lot of penetration, so you must know that this character is built little differently from the other hunters, who are a little bit more into their auto attacks.

Unsafe and high damage, that’s what we know all about it.

Damage is high at least in the early game, and this is what makes him shine, though the later game is not very good.

This character is very similar to Appolo, and I think right now the defense is hurting him because he doesn’t have an inherent steroid, and also it’s pretty hard for him to blow someone up in the end game, but its early game is good.

This character offers professional play, amazing control, ridiculous damage, and even from the start, he knocks down objectives.

I don’t think that this character belongs to S category despite the fact that there is a lot of credit on his table. It kind of limits its jungle a bit, but it is still very strong character.

She has a ridiculous play control, ridiculous damage, and she is just incredible. Even through the defense, she is shredding through people.

She is just invincible, and she is a pretty good character with horrendous execution capabilities.

With the amount of defense in the game, his ability to lock someone down for few seconds and focus on a specific target is marvelous. The characters included in the B+ Tier are as follows: Anubis, Aphrodite, Artemis, Cabrakan, Chang’e, Hades, He Bo, Kukulkan, Loki, Medusa, Raijin, and Skadi. Here is a brief description of all these characters:

Anubis do have some viability in the early game, plus you have to consider the fact that he completely destroys the enemy early, and midgame objectives of the game are better than any other player in the game.

Her viability in the mid lane is strong, but for the most part, you are not going to see too much out of her. I think that she is not good enough to compete with other hunters that are above her in the A or A+ Tier.

I would never want this character in a support role.

This character is also underrated; her healing reduction is massive as well as her controls are excellent.

This is not quite the guy that we saw at the beginning of season 2; his defense makes him a little weaker. Hades doesn’t have that first level of potential.

This character is not safe: his damage is very high but his borderline is unusable.

This character is not really good. He might seem viable but when you compare it with other characters, he is not good.

This is not a very good character, and you should avoid choosing it.

There is not a good reason to pick her now and she is very similar to Apollo; she has a good damage, good control and she is also viable. The characters included in the B tier are as follows: Ah Puch, Bakasura, Odin, and Xbalanque. Here is a brief description of all these characters:

I think there is some viability to the character still, it gets killed very easily. It really has to build a lot of defense. You can’t choose this character as the only major in the team.

Bakasura is a B, and I don’t see any reason that you will pick this character in the current Meta because his damage is very high but it is almost impossible to apply it. His end game is irrelevant because he doesn’t have any kind of damage immunity, and his movement is very poor.

Ah Muzen Cab is garbage, and if anybody chooses him, he certainly doesn’t want to win.

Her damage is high, healing is great, but she just dies no matter what.