Hero war is a role-playing fantasy adventure game that was released in 2020 to mesmerize fantasy game players around the globe. There are more than 50 characters in the game. You can select the heroes of your choice. Every hero has got unique skills and abilities set. Some of them are locked in the game. You can unlock these by the points you get on winning the games. With the addition of locked skills, your hero will become much stronger.

In Hero Wars you have to play the role of a hero in order to clear the land from the enemy and take control of this very land. You will be in charge of the land. The enemy is there in the form of a big group consisting of multiple bosses. You have to kill all the bosses of the enemy to win the game.

Hero Wars is a “free to download” game on the Google play store and Apple app store. You can download it anytime. Apart from this, you can also play Hero Wars online by logging in to your Facebook account. You must have a mobile phone with 2GB ram or more to play the Hero Wars game. In online multiplayer mode, you can challenge the players online sitting in different areas of the world.

The Heroes in the Hero Wars game are categorized into seven groups.

A few of the top heroes in group C are Judge and Kai. Both heroes play the role of Mage.
Some of the characters in group D are Dante M and Mojo.

Astaroth is basically an angel in the game who plays the role of support and tank at the same time. He has got great magical abilities to counter his opponents. His 9 second buff is a plus armour for your team, if you can activate it at the right time it will turn out to be very devastating for the enemies. He can also attack the enemies from a distance with the help of fire flames, these flames can burn the opponents completely. Astaroth has the ability to form a defensive shield around his team. In this case, no damage will be done to any team member.

Jorgen is the most popular hero of the Hero Wars game because he fits into almost every team combination. He is an all-rounder having both the skills of offensive and defensive. Most of his attacks are magical and these attacks are totally intelligence based. Jorgen has got the skill to summon a skull in front of the enemies and that deals great damage to all of the nearby enemies. Jorgen can protect himself and his allies from the attacks of opponents by forming a magical shield and this shield will provide extra energy to all his allies.

Keira is a physical damage dealer who fights in the middle line. She has got her own armor penetration stat which is considered the most damaging offensive stat in the entire game. Keira can hit the entire enemy team with his ultimate skills. Dancing Blade helps her to target multiple enemies at the same time. Keira is a very agile character, her speed increases as you proceed further in the game. She is a great utility character because of her own armor penetration stat. 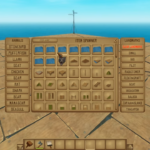 How to install Mods in Raft
Next Article