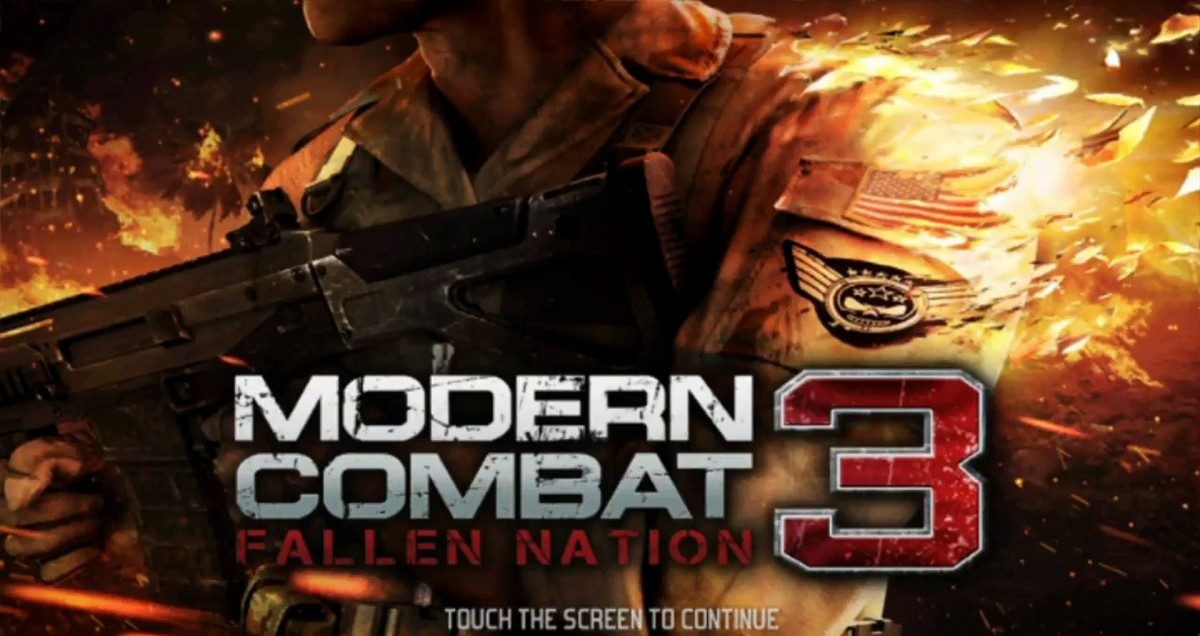 The Modern Combat series is modeled after the behemoth that is the Call of Duty franchise, so it’s fitting that these titles typically display Gameloft at the top of their form. In this latest installment, the United States has been crippled in a surprise war initiated by Korea, Pakistan, and Russia. Obviously, the U.S. is going to try and take back its country. The question is, does Fallen Nation maintain Gameloft’s streak of top-notch first-person shooters?

Like its predecessors, Modern Combat 3 is divided into two sections: campaign and multiplayer. The campaign is made up of 13 missions that take you from crumbling government buildings to Alaskan landscapes, and everywhere in between. By and large, the missions are designed to funnel you down a specific path, with an assortment of bottleneck points where enemies pop out and assault you. Kill the enemies, and you can proceed to the next checkpoint, which is always marked on your screen. This lack of freedom isn’t necessarily a bad thing, provided that you’re not expecting vast environments, ripe for exploration.

The plus side of having everything scripted out is that it allows for dynamic set pieces. Like in Modern Warfare 2, you’ll breach doors and cap enemies in slow-motion in one level, follow a squad leader through the next, and operate a gunship after that. All of these parts gel into a mostly satisfying gameplay experience, but it’s not very different from what we’ve seen before–not only in the Call of Duty franchise, obviously, but also in N.O.V.A. 2 or Modern Combat 2.

Our biggest gripe about the campaign is that it doesn’t feel all that polished. Often times your goal is to advance up a hill, and they’ll throw a seemingly endless number of enemies at you, to the point where it becomes ridiculous, cheap, frustrating, and annoying. (Did we miss an adjective?). You’ll die pretty often later in the game, and it’s not always because you made a mistake. Worse, the enemies don’t have true AI. Instead, they follow a set path, stop, and shoot at you, with no ability to react to how you approach them. Often when you kill one enemy, another appears and follows his predecessors footsteps exactly.

If the campaign mode is a little rougher than we expected, the multiplayer mode more than picks up the slack. In fact, Modern Combat 3 has the best multiplayer suite we’ve seen in an iOS shooter yet. The game comes with six maps and seven gameplay modes, and allows up to 12 people into a match at a time. The levels are large and varied, each with a unique look, and with plenty of places to hide or take cover.

This time around, if you get a long enough kill streak you’re rewarded with helpful bonuses for your team. You’ll be able to run a satellite scan that makes all of your enemies appear on your radar, or a button will appear that calls in an air strike that will destroy any bad guys out in the open. Of course, these additions will be familiar to anyone who’s played Call of Duty games on the consoles and PC, but they’re new to the iPhone.

For each kill or assist you make, you get experience points that let you climb the ranks and unlock new weapon loadouts. Each match you participate in also nets you in-game currency that lets you buy unlocked weapons and customize them with new scopes, grips, bullet magazines, and the like. The campaign mode has a similar in-game store, but it uses a separate currency. And for those of you who don’t want to play to earn the best gear, you have the option to purchase the currency using real-life money.

So if you’re into competitive or team-based online shooters, Modern Combat 3 is a rock-solid buy–it trumps every other iOS game out there. If you prefer sticking to single-player campaigns, however, you’ll probably want to wait until Gameloft inevitably drops the price to a buck in one of their regular sales. In any case, despite a few rough edges, Modern Combat 3 is a gorgeous, adrenaline rush of a game that capably answers the (mobile) call of duty.