In the mountain daughter quest, the players have to help the chieftain of a mountain camp in the east of Rellekka in finding his daughter.

Move up to the mountain in Rellekka, climb down the boulder and enter into the tent of Hamal Chieftain. He will tell you that his daughter is missing. Tell that you can help him to find his daughter.

Go out and pick up mud from the ground and then follow the red dots on the map. Start running by the lake until you reach a big tree. Use the mud on that tree and climb it up to take yourself on a little island. Use the pole on the rocks to jump onto the other island. And then use the plank to reach the next island.

Then the voice will come up from the water, it will say “I am the voice of Aslief, the daughter of Hamal”. This voice will tell you to improve the relation between Rellekka and the mountain camp. And also find a new source of food.

Follow the same path and go back to Chieftain and tell him about their relations with Rellekka. He will reply that he sent his representative Svidi to Rellekka to have a talk but there’s no news from him. You can find him and discuss the matter. Ask him that you can help them to find new resources for food.

Go to Jokul and ask where you can find new resources of food. He will reply that you may find White Pearl fruit in the mountains.

Climb over the rocks, keep moving west and you will reach Svidi. Tell Svidi that Hamal has sent you to find him. He will tell you that he never went to Rellekka as he was afraid that the people of Rellekka may kill him.

Now teleport yourself to Rellekka and enter into the building of Brundt Chieftain. Tell him Hamal has sent a representative to have a chat with you. He will reply that he can let him into the Rellekka if you bring us our ancient stone back.

Teleport to the white wolf mountain. Wear your gloves and pick up the white pearl fruit from the thorny bushes. Eat the fruit and take its seed.

Return back to the mountain camp, enter the camp near Hamal’s camo and use your axe to get yourself a small piece of ancient rock.

Take this rock to Brundt and he will allow you to let the representative of the mountain camp in Rellekka. Go back to Svidi and tell him that he can go there safely, no one will kill him. Then he will agree to go and will have a discussion with Brundt.

Now you need to head back to the mountain camp and enter into the tent of Hamal. Give him the seed of white pearl fruit. He will thank you for arranging the meeting between Svidi and Brundt and for the seed.

Follow the same path again to reach the spot where you heard the voice from water. Tell Asleif that you have done both things. Then she asks you to convince her dad that she is dead.

Move east and chop down the dead trees on your way, then you will be able to enter into the cave. You will find a big bear Kendal there, kill him with your magic spells and pick up the woman’s corpse.

Return back to Hamal Chieftain and tell him the bear in the cave is actually a man and he killed your daughter. Show him the woman’s corpse as a proof. Then move out and collect 5 muddy rocks and move to Ragnar near a big tree. Tell him Hamal asked you to bury her daughter on the island. He will give you Asleif’s necklace.

Move on the island where you heard the voice and bury her corpse and use muddy rocks on it. This will complete your quest. 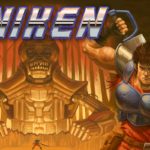 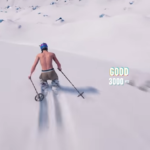