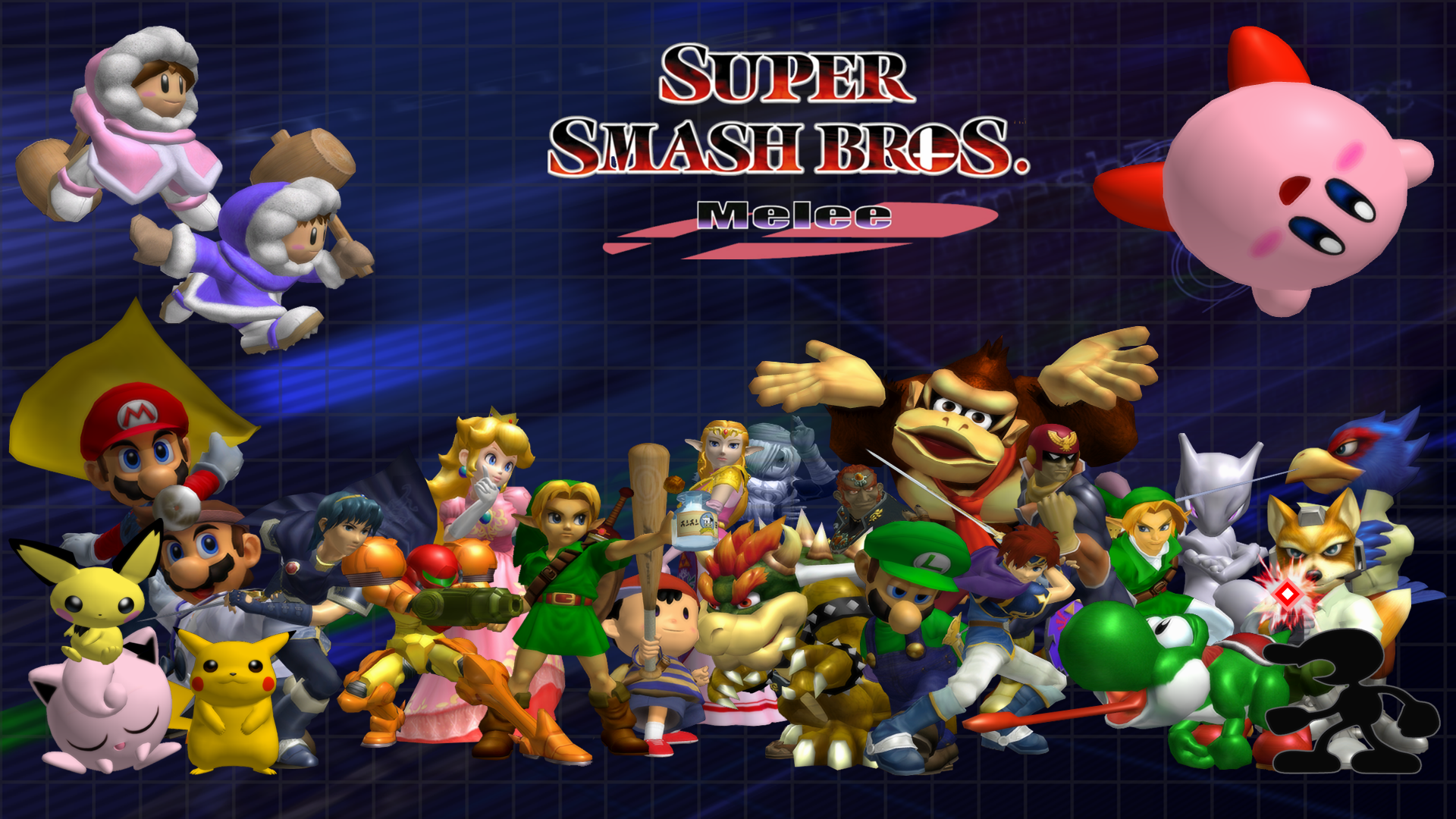 Super Smash Bros Melee (SSBM onwards) is an exciting creation of Nintendo. It was officially launched in Japan and North America in the year 2001. Since then, this game has been subjected to various changes.

SSBM is quite unique from other fighting games of different sorts. Unlike other game characters, the characters here have simple moves and lacks complex button inputs to knock out the opponents. 7 million copies of this game have been sold and it tops the list of best cube games ever! Fox is one of the playable characters present in the game. He is a symbol of speed and can cause havoc to the foes by his rapid moves. These qualities authorize him to stand first in the list of characters. This little master is a splendid player that has quick moves, fabulous combos and has the license to inflict great damage on his rivals. Owing to these qualities, he ranks first in the list. This cunning fox has an ideal weight that makes him resilient to KO. Inspite of being the best player he is not free from visible flaws in some of his strategies. His high falling speed makes him an easy victim of combo. Moreover, his light weight often puts him in danger. Falco is another playable character in the game. Despite being the counterpart of fox, both of these players differ in their moves. He holds rank 2nd in the tier list and that makes him the top ranked playable character. Falco has got a variety of combos that enable him to cause havoc to its enemies. His back air, forward and downward smashes are truly devastating.

Falco, like others, is not flawless. His light weight and high falling speed make him vulnerable to many combos. Moreover, he has a poor recovery but still he is ranked 2nd in the list of playable characters. Sheikh is a mysterious warrior who is ranked in the S tier list. She has been modified from Zelda, courtesy her down special move. Zelda immediately transforms into sheikh at the start of the game. She used to be first in the list until recently it has been replaced by fox who is the most dominant player in tier list S. sheikh is versatile player that possesses remarkable strengths. His combo, chain throw and aerial jumps are among his special moves. Sheikh however has got certain flaws in his strategy. She is light weight and that makes her pretty easy to KO. Captain is ranked 8th among 26 characters. He is a strong lad with extraordinary abilities. In the previous version of the game, he was ranked 3rd out of 12. This indicates a downward trend in his ranking has undergone minor drop. He is best known for his incredible combo abilities that that can put any opponent in danger. He has great agility that makes him the fastest player in the game. His heavy weight makes him the most resistant to combo and consequently he is hard to KO. His knee smash, forward smash and aerial aid him to become one of the best finishers in the game. Despite being one of the best warriors, he is not flawless. Captain falcon has a poor recovery and his high air speed stops him from travelling greater distances. Ice climbers are ranked 7th in the list which is mainly due to their wobbling and DE synching abilities. These climbers possess the quality of being two-in-one and almost have the same moves. They are strong and can impose great damage to their foes. Climbers have a pathetic air game and their floating makes them extremely vulnerable to combos. One of their drawbacks is that they lose their power, even if one of them is KO’d. Announced in 2001, Pikachu is a Pokémon that is adored by many game lovers. Like Kirby and Ness, Pikachu has been derived from Melee into the original game. His rank is 7th and he is placed in the tier list B. Pikachu’s strength includes good speed and plenty of KO options that are hard to defend. Additionally it has long and safe recovery. Pikachu is a technical genius due to his immaculate approach. Mario made his way into the game in 2001. He is the duplicate of the famous starter character Dr. Mario and both of them share some common attributes and moves. He ranks 15th out of 26 and is placed in the tier list C. Dr. Mario, who looks like Mario has got some exceptional KO abilities under his belt. Due to his strength Mario can put any opponent in trouble and his up and down movements can authorize him to chain-grab the opponents. Mario, like other characters is not immaculate and he has his instabilities. Mario has a poor recovery, though he can extend it, but that makes his moves monotonous and dull. Like most of the players, Yoshi was also announced in 2001 and ranks 12th out of 26 in the tier list. He resembles a dinosaur and has mottled skin in Melee version of the game. This valiant fighter has got phenomenal combo abilities under his belt. Moreover, Yoshi has got reasonable aerial movements and some other decent approaches. He has the ability to deceit his opponents with his mind games and has a very sophisticated finishing approach. One of Yoshi’s drawbacks is his poor recovery and takes a lot of time to recover if he his hard hit by his enemies. His high falling speed puts him in trouble and makes him an easy opponent to handle. Announced in 2001, Mario is the most eminent character in the game. He has a twin Dr. Mario that looks exactly like him and they both share certain moves and traits. This esteemed character ranks 15th out of 26 characters. He has a low position than Dr. Mario and placed in the tier list D. like Dr. Mario, he possesses exceptional combo abilities that can even demoralize the most obstinate rivals. This fighter holds a strong back hold throw that can KO most of his foes with ease. Mario is not among those players who are incredible finishers of the game. Furthermore, he has a weak recovery that makes him too predictable. Donkey Kong is an old player that has made re-entry in SSBM but this time with faster moves and agility. He is ranked 17th out of the 26 characters. The reason is that, he is hard to knock out due to his heavy weight. His wait doesn’t make him vulnerable to combos and can resist even the deadliest of attacks. Although, he is heavy and has a high falling speed but still he manages to make quick moves and attack his opponents swiftly. Donkey Kong’s heavy weight makes him vulnerable to combos. Roy is the duplicate of Martha and they both have almost identical moves. Despite these similarities they also differ in their approaches. Both Mark and Roy are hidden characters. Roy ranks 20th in the tier list due to his high vulnerability against combos and chain grabs owing to very high falling speed and poor recovery and short ranged attack (among others) zelda is one of the most unique characters in the game. Her most prominent features are her strong magical attacks and her ability to transform into her alter ego whenever it is required. This equivalent is entirely different from Zelda and they both are always present to help each other. Zelda ranks 22nd in the list. She has got remarkable combo abilities and she is well known for her lightning kick. Zelda’s weaknesses include poor agility which is mainly because of her slow dash speed. Pichu is another pokemon character like Pikachu. Pichu is actually pikachus son and is also identified as a lighter, smaller and faster clone of Pikachu. He is ranked 24th which makes him the lowest ranked character in the game. due to its light weight, Pichu is vulnerable to combos and can be easily chain thrown by most of his competitors. This clone has the worst match up character in the game.