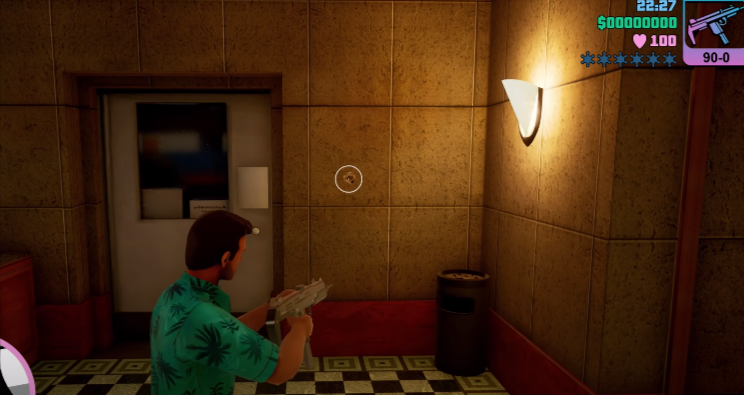 This guide will provide everything you need to know about the “Take the Cannoli” trophy in Grand Theft Auto Vice City.

The first thing you will need to do is start a new game, don’t shoot any bullets, and get shot.

Go to the hotel in ocean beach and create a new save game after the first cutscene.

You have to go to this location and pick up the smg.

After that, go back to the safe house, save, reload, grab the SMG again from the previous location until you have more than 101 bullets.

Once you get the ammo, you will need to go back to the safe house and shoot at the wall. You need to shoot exactly 101 bullets; no more, no less.

You have to check your ‘bullets fired’ stat to know how many bullets you have fired.

The next thing you will need to do is take the ambulance to the hospital and bring it to the gate pier near Cortez’s ship.

From here, lock the game at 30 fps (“Fidelity ” mode on console), jump on the roof of the ambulance and climb over the gate.

After that, you can put 60 fps again if you want.

The next thing you will need is to take a boat and look for a police boat. To Steal it, you have to kill the cop only with melee attacks or fists, but do not shoot for any reason.

Now go to Cortez’s ship and keep your boat shooting at it.

You can see now that your accuracy and criminal rating will increase.

It will take a while, so you have to rubber the button or use a macro and check every ten minutes.

If you combine it with the money glitch, it will help you reach the Godfather Rating.

Remember that you only need to score a total of 100,000 points in GTA Vice City-The Definitive Edition.

If you’re playing the original game instead, the trophy requires you to score at least 1,000,000 points.

You will need to head to this location to activate the Cone Crazy side mission.

It will help you earn the 10 million dollars required to obtain the godfather criminal rating.

The objective of this mission is to collect all five checkpoints without breaking any traffic cones.

Collecting the first checkpoint will start the countdown timer.

At first, each checkpoint adds 12 seconds to the countdown timer.

The time is reduced by one second; it hits a minimum of six seconds per checkpoint.

The trick is to hit the last checkpoint when the timer is 00:00.

To properly trigger the glitch, you have to complete the cone crazy seven times, hitting the last checkpoint when the timer is 00:00.

You will need to park the car in the same spot, exit, and enter again to restart the side mission.

After the first seven runs, you will need to hit the last checkpoint before 00:00. It will double the money for each second left on the timer.

Add one single second to each run; start by ending it with 1 second left, then in the following run, hit the checkpoint when 2 seconds are left, etc.

You need to score the time exactly as shown here. If the time or reward doesn’t match the ones shown below, you will need to reload a previous save and check the reward to verify which run you’re currently at.

If you’re having trouble completing it at those higher times, you can use your tires to slightly move some of the cones to give you a quicker path to take.

Be careful while moving them.

In both the original game and the definitive edition of GTA vice city., you will need $10,000,000 to reach the Godfather rating.

If you have the required points, once you reach 10 million dollars, the trophy “Take the cannoli” will pop up as soon you get the rank and pause the game. 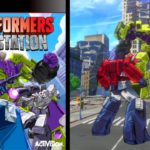 Transformers: Devastation – Save Game
Next Article 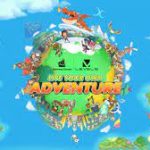