This guide will tell you where to farm for Swirling Tiger and Gleaming Talon in Warframe.

The first two locations will be where you can find Anti Nova’s; however, they can spawn at all three locations.

The first two places you can go are Narcissus on Pluto or Baal on Europa, as both missions have a chance at Anti Moa’s spawning and Anti Moa’s have a small chance to drop Swirling Tiger.

Anti Moa’s more or less an uncommon enemy, so that you will see a lot of them in the mission. It will likely take some time before you can get a swirling tiger, though you can always trade it or ansmute it.

It is highly recommended to bring the loot frames like nekros or pilfering swarm hydroid to help with more drops from the enemies.

It will probably take you some time before you get the mods.

How to Setup CDi Emulation In Retroarch

Top Things You Can Purchase in Red Dead Online 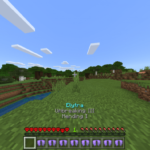 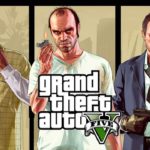 How To Install Simple Trainer Mod In GTA 5?