There are four main classes in EverQuest 2: Fighters, Healers, Scouts, and Mages. Each class is further divided into sub-classes.

The purpose of Guardian is quite obvious: they protect their allies from enemies. They also provide leadership as well as protection. They have outstanding armor-using skills as well as defensive skills. They will keep on fighting even when they have absorbed lots of damage.

The Berserker is another name for anger and fury. The best thing about them is that they fight fearlessly even when they are facing lots of enemies. When fighting, Berserkers fight in the first row thus inflicting heavy damage on their enemies and at the same time deflecting attention from their allies.

ShadowKnights are famous for their fear, hate and despair which they inflict on their enemies. They are master of both martial arts skills as well as black magic. They use black magic to drain away life from their enemies.

The Monk prefers the spiritual over the physical, thus he is more likely to exercise spiritual power when fighting a combat. The philosophy of spiritual strength allows monks to get rid of formidable attacks and physical ailments. Their enemies are often fooled into believing that they are dead when actually they aren’t.

Bruisers are the combination of strength and intimidation. They can use their transformed body as a weapon and thus are able to inflict heavy pain and damage on their enemies. They are also masters of deflection and can avoid attacks easily.

Fury is a balance between both defense as well as destruction. They have outstanding regenerative and healing abilities. They are also able to strengthen their attacks by the spiritual power they possess.

Wardens have defensive roles. They can use their abilities to extract poison from their allies and to heal wounds. As wardens have healing capabilities, they can also use the natural forces against their enemies. They can change their shape and can turn themselves into wolves.

Instead of physical strength, Templars use spiritual and divine power to heal and cure the wounded and afflicted allies. They can increase the defense of their allies and can also make their enemies more vulnerable to attacks.

They can serve any adventuring party, and they can also heal wounds of their allies. They can also purge their allies from disease and poison. Instead of physical strength, they use divine strikes against their enemies.

Mystics are spiritual preservation and enlightenment personified. Mystics are famous for spells which they can use to protect their allies from enemies. Mystics provide magical regeneration to their allies during the combat and at the same time they weaken their enemies.

Defilers are known for spiritual corruption and enslavement. They can mend wounds and at the same time can inflict heavy damage on their enemies. Instead of spiritual power, they use dark energy to sicken their opponents. 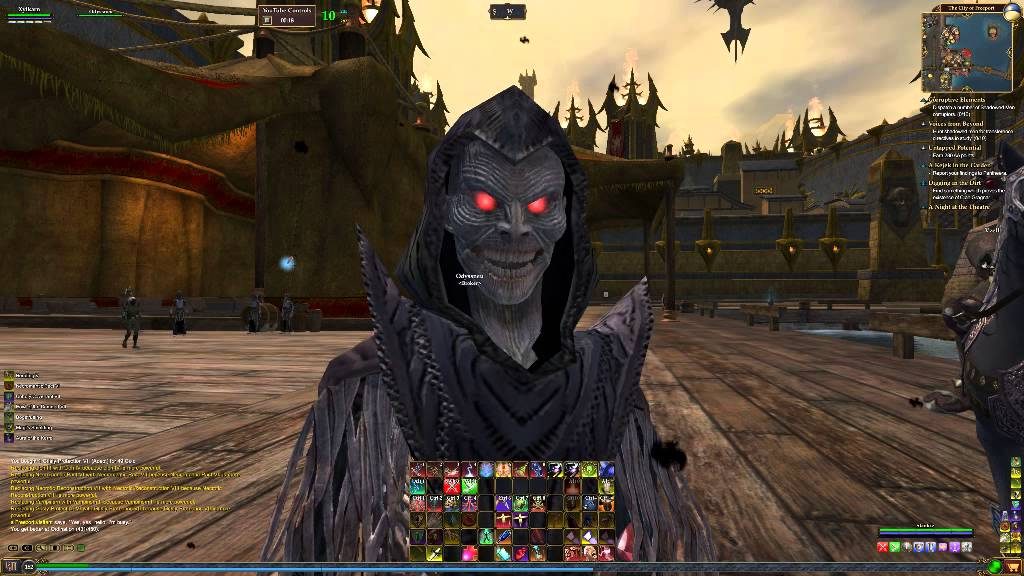 Beast lords are also known as the warriors of true spirit, and they work with wardens to inflict heavy damage on their opponents. Apart from martial arts, their natural instincts are also very high which they can use to control and weaken their enemies. They fight side by side with their companions and are extremely savage.

Dirges are the masters of despair, misery and lamentation. They sing the songs of despair making their allies stronger and angrier than ever. As they provide strength to their allies, they also plant hopelessness and fear in their enemies. They can demoralize their enemies completely.

These fighters can sing the songs of bravery and inspiration, and thus are responsible for filling the hearts of their companions with heroism. They mix music with magic and compel their allies to attack bravely.

They can hunt their enemies easily even in very dangerous and wild areas. They are masters of stealth and can sneak through any enemy territory easily. With the help of their cunning perception, they can see the enemy from afar and then use deadly arrows to kill their enemies.

The assassin is an opportunist. He is also very famous for sinister strikes. The most distinguishing trait of assassins is that they strike their enemies as like a bolt of thunder and cause massive damage. They first debilitate their enemies by using deadly potion and then they kill them.

This fighter is very famous for flamboyance as well as for his outstanding accomplishments. They attack suddenly and then disappear into shadows. In short, it can be said that they are masters of misdirection.

Brigands can subdue their enemies by using force and intimidation. They are highly unpredictable and instill discomfort and confusion in their enemies. Only one attack of Brigand can make the opponent crippled.

The wizard can inflict heavy damage on his enemies by unleashing the attacks of fire and ice. In terms of damage infliction, the wizard has the strongest attack. Nobody matches his ability when it comes to the matter of instant damage.

They are considered the masters of poison as well as decay, and can also inflict the pain and misery of devastation. The source of their prime strength is the dark powers which they can use against multiple enemies simultaneously. For instance, these fighters are able to fight against multiple enemies single handedly and they can manage to absorb lots of damage. Their ability to fight multiple opponents at once makes them unique in the game.

Although the summoners possess many weapons, the most important one is their ability to summon minions around them. Once the minions are summoned, they will obey any order given by their master. Thus, a conjuror can use these minions for defense as well as for attack.

It is an unholy character and has mastery on death as well as decay. Necromancers can summon the dead people for fighting. Once the dead people are summoned, they will fight bravely against the enemies of the necromancer. The dark magic of necromancers is also famous for draining the life from the opponents.

Illusionists are famous for attacking their enemies in the most subtle ways. They can confuse, subdue and misdirect their enemies by the power of their minds. They can also bring peace in the chaotic environment, and they also bestow their allies with many benefits.

A coercer can also control his enemies by more subtle ways. Coercers can cause fascination or terror in the minds of their enemies. They can also dominate other people by controlling their minds.