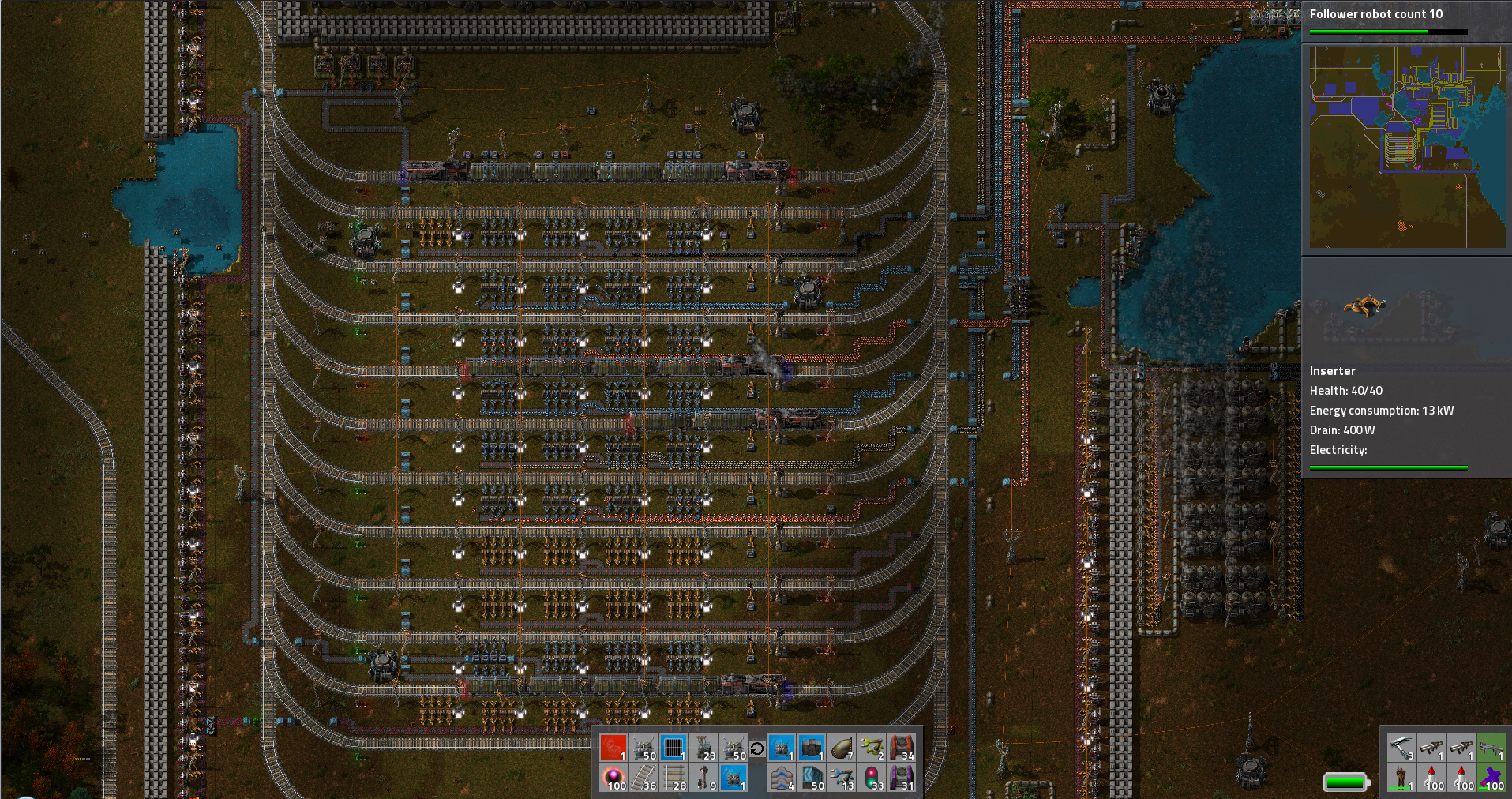 The temptation to play Factorio increases more and more as you keep on expanding the systems, but this expansion takes a lot of time. But, what if you get console commands which will get you things instantly that you’ll get in days or weeks otherwise. Yes, this is possible, and you can achieve this by using Factorio console commands (cheat codes).

The Method to Use Console Commands

It’s extremely easy to use the console commands. All you have to do is open the chat box which you can do pressing either ‘ ~ ‘ key or ‘ / ‘. You can write commands in the box and the get the results instantly.

Here is a list of commands that you’ll find interesting.

If you use this command, there’ll always be a day in the game; you won’t have to see the night. Here is the command

You can also change the speed of the game by using the following command.

When you are using this command, you have to substitute ‘x’ with numbers. Here 1 is for default speed, and 2 is for double, and 3 is at triple speed.

Instead of making the time move faster, you can also freeze it. You can use the following command for this

All the handcrafting can be unlocked instantly with the help of this command.

You can do two things with the help of this replacing items command: you have to write the item’s name instead of “ITEM” in the command, and instead of ‘ x ‘ you need to put the number for how many items do you want.

If you are interested in getting the player’s position, you can get it by typing this command

Moving Player to a Different Place

You can also move the player to the desired location if you know the current position of the player. The position can be found by using the previous command. Here is the command for moving the player.

The crafting is a vital thing in the game, and you can increase the speed of crafting by using the following command

You can also increase the speed of mining by using this command. Here, too, 1 is for default speed, and you can put a number instead of x depending on how much speed you want.

Unlock all the Technologies

All the modifiers can be set to default by using this command. Keep in mind that this command works only for alterations made in tech and speed categories.

If you want to kill all the enemies on your map instead of hunting them one by one, you can do it by using the following command. Once you run the command, all your enemies will be killed.

There are different types of enemies that you’ll encounter, and if you want to kill biters particularly, then you can use the following command:

There are three types of enemies in the game – worms, biters, and bases. If you want to kill all of them in one command, here it is:

If you want to print the evolution command, use the following key. But, keep one thing in mind that once the command is applied, you cannot revert the changes. This command doesn’t have any C prefix.

You can also set the time factor for evolution. The default time of the evolution is 0.000004. you can substitute the ‘ x ‘ with a different number.

The default number for destruction factor for evolution is 0.002. you can set a different one.

There is also a command for setting pollution factor for evolution, and the default setting number is 0.000015.

You can update the explored map, and it is useful for seeing even the tiniest bases, and nothing will escape from your eye. It is also very helpful in killing the bitter bases on your map. Here is the console command for this:

You can also clear the entire map, and it will turn black. If you are thinking that it will reduce the size of the saved files, then you are wrong because the files are already generated but hidden. The effects of this command on multiplayer can be different.

This command establishes an ore patch. All you have to do is replace the word ‘ORE’ with other words like ‘Iron-ore’.

You have to be very careful with this command because it can delete more items than you want. You will have to mention the coordinates in the command as well as the name of the object which you want to delete, and it will be deleted.

/c for key, entity in pairs(game.player.surface.find_entities_filtered{

You can now delete all rocks with the help of this command: