With the virtually unlimited ATK power of Guardian Baou, you can overrun any monster out there. Not even the mighty Blue-Eyes Ultimate Dragon stands a chance against a powered-up Guardian Baou. Defeating an opponent with a superpowered monster can also increase your final score exponentially. And as we all know, finishing with a high score can get you more prizes at the end. So, let’s make a high score deck with this barely used card.

The key to this deck is to get Guardian Baou out on the field and have it destroy monsters and power up. Then attack your opponent’s life points directly. But first, you have to equip Wicked-Breaking Flamberge-Baou to another monster. It is better to equip it to another strong monster like Axe Raider. Then just summon Guardian Baou and push for game. Equip cards and power-up your Baou when you first summon it because it only has 800 ATK.

Balance – Mako Tsunami – Your starting hand will reflect the card balance of your deck.

You want to summon any one of the monsters beside Guardian Baou first and equip it with Wicked-Breaking Flamberge-Baou. By doing so, you will be able to summon Guardian Baou. Attack your opponent’s monsters until you have Guardian Baou in your hand, and then summon it.

If you have an equip card, equip it to Baou so it can start destroying monsters and gaining ATK. The key is for Baou to destroy its first monster, then it gets easier and easier. Use Reinforcements to trick your opponent into attacking Baou.

Use Sword of Dark Destruction on Baou to help increase its ATK. You can use Sphere Kuriboh to negate an attack and switch your opponent’s monster into defense mode. If you are lucky, Guardian Baou will have enough ATK to destroy the monster in defense mode. And just keep pushing for game, always letting Guardian Baou destroy monsters first, so its ATK can increase every time.

Guardian has no limit to its ATK, making this card the strongest in the game. It is only limited by the number of monsters in your opponent’s deck. Delivering the final blow with a super powered-up Baou will get you a high score at the end and give you more prizes. So, have fun destroying your opponent’s strongest monster with you level four Baou. 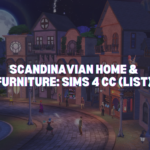 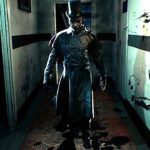 The Beast Inside – Save Game