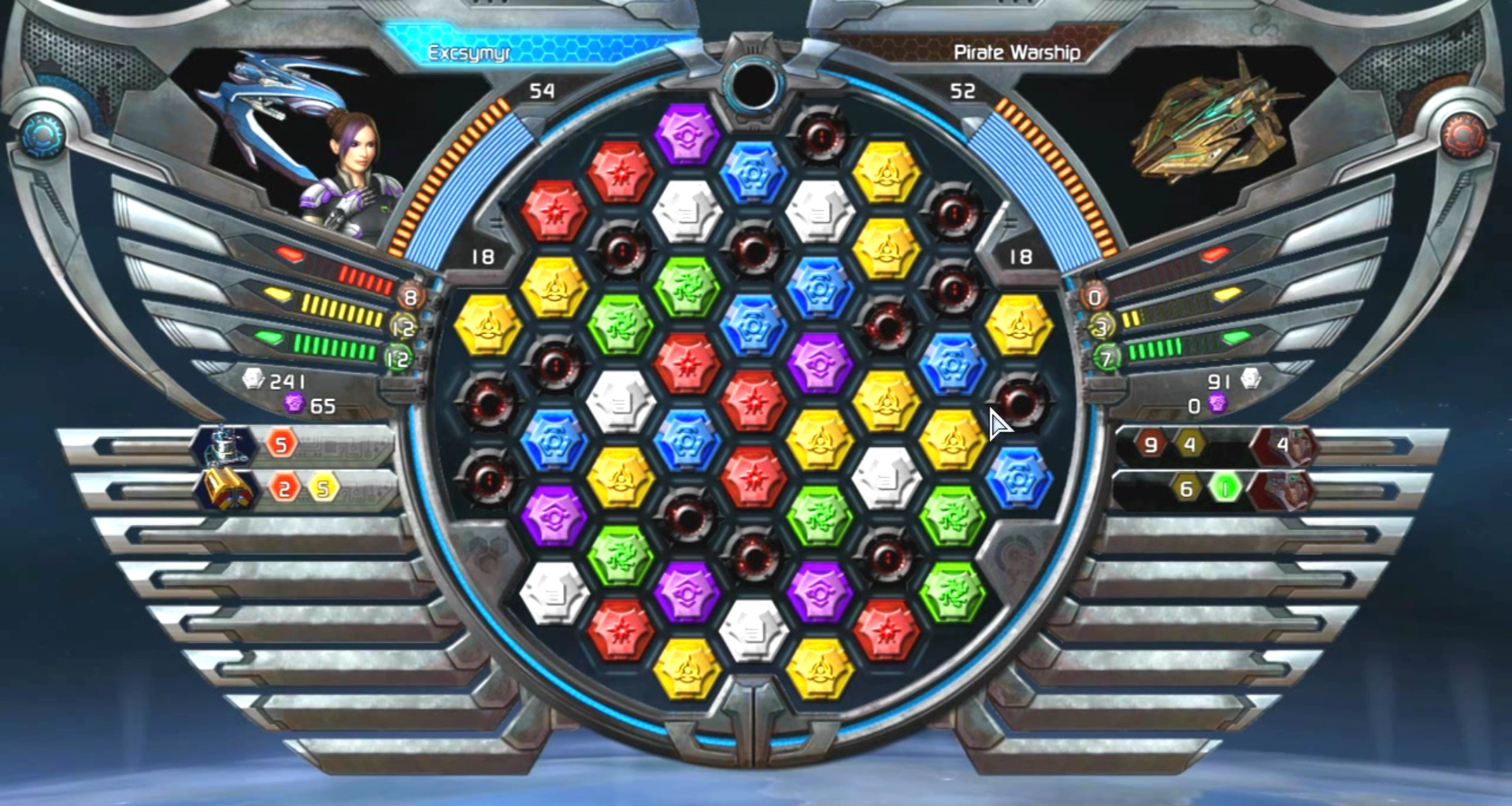 Before Puzzle Quest, match three games were plentiful enough but they tended to stick to the basics: match three like-coloured objects to clear them from the board; game ends when there are no more moves to make. That pretty much summed up the genre.

Puzzle Quest, however, dared to take that mechanic and add an over-arching story with RPG progression (complete with health, mana, spells and loot!). It was experimental, risky as anything and about as awesome as any budget game could ever hope to be. Sure, it didn’t cost millions to make and sure, you could tell. But it had it where it counted and it had it in spades.

After the unexpected super success of the original, now ported to any system that matters, it shouldn’t surprise anyone that there’s a sequel. Not content to simply dress up the graphics and pop out a sequel with a couple of minor changes and a new story, Infinite Interactive have opted instead to take a fairly large departure (well, large in that it’s about as different as it can be in gameplay while still essentially remaining a match three puzzler) and really mess with the basic mechanic.

Now, instead of gems that can move up, down, left or right, with new gems always dropping in from the top, the gems are hexagonal and move only in diagonals. Lines must also be made in diagonals and the direction you choose to move the gem (and there’s always two options for any match) will dictate the direction that new gems will come from – much like the ground breaking (again – relatively!) Trism on iPhone.

Otherwise, the RPG mechanics remain largely the same: some gem matches do direct damage to your opponents, some give you energy for the weapons you come across as you explore, and you can meet up with interesting (not really) NPCs that will join you on your adventures – bringing their own extra abilities with them. There are a number of new mini-games to play, each of which is a twist on the basic match three gameplay. It’s here, unfortunately, that a mind-bogglingly poor design decision and our most serious problem with the game rears its ugly head…

To hack a warp gate on the map (which gives you access to other parts of the map), you must participate in a timed variant of the game. These segments give you a short amount of time to match up a series of specific colour matches in order – until you match up blue, for example, you won’t be credited for the yellow you need to match next. All sounds good so far, right? Here’s the problem: while the matches and any subsequent chain / combo matches happen, the timer keeps ticking. You can lose 10 or more (we saw nearly 20 at one point) seconds simply watching your matches keep happening without your control. Worse yet, if you are on your last match and this happens, you can lose the game – even if you matched inside the time limit, just because you got a combo! This unbelievably bad piece of design is incredibly frustrating to experience and you need to hack a lot of gates, at very regular intervals.

Another problem with Galactrix on the 360 is the controls; as already mentioned, gem movement is on diagonal lines. Trying to do diagonals of this nature accurately on the 360 stick with the control setup implemented here can be imperfect – it typically goes where you want it to but all too often you’ll find yourself frustrated by the cursor moving to the wrong place. This game simply works better with a mouse or a stylus – period.

The presentation of the game is pretty seriously average too. The menus chug during loading; elements are harsh and extremely “last gen”. Very little would need to have been done to any of the elements to get them to work on the DS, we suspect. The sound is also grating and harsh, with little finesse or delicacy in their usage. This is not a game to play with the sound turned up or when you’re trying to justify the purchase of a new console or big-screen tv.

So is it worth your time? Hard to say. If you’re a hardcore Puzzle Quest fan you’ll probably be disappointed initially but once you get past the graphics, sound and some of the gameplay (!), the twists on the game are a smart extension on what came before it. If you’ve never played Puzzle Quest before and are tempted by what you’ve heard about the series, buy the original Puzzle Quest instead. It was better the first time.