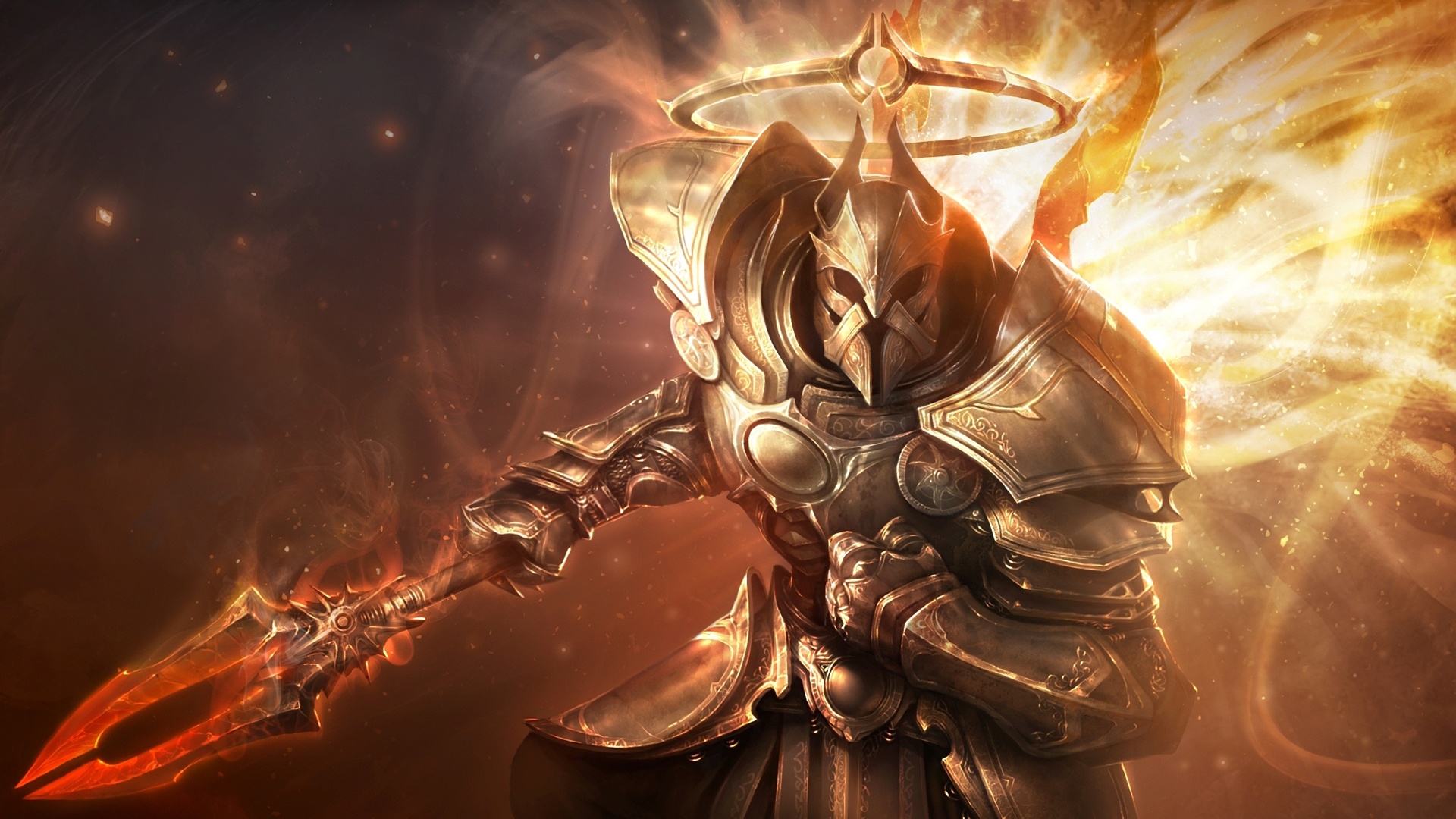 This is going to be an exciting year for the gaming Industry, a lot of high quality games will be released this year. Around 900 games are released on a monthly basis at Steam, and sometimes it can get difficult to try all of them, that is why we have created this list of high quality games, these games will keep you busy for the rest of the year.

Save your cat Mr. Sparkles and bring him back home. Use your momentum in order to beat short but challenging platforming levels.

Rocket Shipment is a fresh take on the old space classics like Lunar Lander, Crazy Gravity, Solar Jetman and Gravity Force to name a few. Fly, grapple, puzzle and refuel all while exploring caverns and fighting gravity in this physics based delivery game.

Holostar Command is a fast-paced shooter game that brings Classic Mid-20th Century Space Arcade Games into the 21st Century and right into your living room! Today’s tech, Virtual, Mixed & Augmented Realities, with a little nostalgia tossed in to honor the games we loved from days gone by… Join Commander Wolff, her team and us on the quest to bring stability to the Cosmos. We believe that with your help, Freedom and Peace will reign in all Galaxies, in all time & in all space… Thanks for being part of the Cosmic Picture!

Dispersio 2 is a retro-styled metroidvania. As you progress through the game, you will gain new abilities, such as dashing, wall-jumping and more. There’s even a hard mode for hardcore players. Can you beat the game with only 1 HP?

Launch your ball into the high-scores in this frantic and stunning physics-based procedurally generated time twister!

The Detective Chapters: Part One

Your choices matter in this story-rich narrative first-person exploration adventure. Multiple dialogue options will affect how people react to you. This is part one of a two-part murder mystery.

A visual novel about the end of the world with a focus on time management. Experience battles in original parallel turn-based strategy minigames or classic novel mode. Half of the survivors are not human, and only one pair will survive.

Spelunk, plunder, and pickaxe in Lost Caves, A 2D collect-a-thon all about exploration and treasure hunting! Venture through 4 expansive labyrinthine levels to find over 80 unique treasures to amass your wealth, and use your trusty pickaxe to defeat anything in your way!

Run, Trap, Defend. Fearsome monsters have invaded! Your job? Cleanse the land of these horrible beasts using only your mind, and the traps in your backpack…

PARADAICE is a brutal car combat game in which strategy, fury and behind-the-wheel skill will be essential to eliminate all your enemies. Explore the maps, equip yourself and let the hunt begin! Join the battle with your friends and make them bite the dust (or the road)…

A House of Thieves

A House of Thieves is a level-based stealth comedy-horror game about a Thief who doesn’t go shopping but instead takes his shopping list and breaks into random houses to get his things.

The ancient evil Lava Dragon has awakened the Volcano of Maconda! It is time for you, young Peregrino, to save the island by challenging the Dragon to… a Piñata Bowling duel! Use your bowling skills and ingenuity to clear surprising piñata bowling puzzles!

In this Table-top WWII Hex-strategy game, you get to lead your army to victory by conquering objectives in any strategy you find best.

‘Noosphere’ is a first person horror puzzle game about ‘Personalities’. A man survived a car accident but to only found out that another entity is living inside him.

Star Mine is a 3D first person perspective sci-fi space shoot ’em up. It implements elevation, descent and 360 degree motion. Blast the star jewels from the asteroids, fight and steal cargo from alien space ships.

In Neon Parkour, where you control a blue cube make challenging tracks and get your cube near your partner! Be careful, this game is really hard.

Fight with and as sheep! HIRT is a sheep-fueled local multiplayer brawler game with intense, emergent gameplay. HIRT puts the players in the role of competing shepherds, fighting each other with various attacks on tiny islands. Huge amount of possible outcomes and sheep mayhem guaranteed!

A relaxing low poly isometric game where you have to find the differences in 3D and experience a beautiful environment.

BATTLESCAR: Punk Was Invented By Girls

Are you punk enough? Battlescar is a coming of age immersive film narrated by Rosario Dawson that takes place in a 1970’s New York City. Join Lupe and Debbie, two runaways who’s adventures in starting a punk rock band take them to places they never expected.

Experience a brand new adventure game set amongst a world of weird and wonderful fish planets. Explore beautiful environments, solve intricate puzzles and discover the truth about a mysterious little girl and her mechanical alter-ego, Cubus.

CanopySim is a Virtual Reality Parachute Landing Simulation, the first of its kind to entertain and teach real life canopy techniques for anyone wanting to experience the thrill of skydiving. The simulation is based on real world data and the physics of canopy flight.

Play as a 1950s reporter investigating crimes by using your word building skills to interview, interrogate, convince, deceive & debate your way to a solution! Draw letters tiles onto a rack, then place them on the board to make a word that connects with those already placed to advance the plot.

Immerse yourself on an epic journey through the ravaged dinosaur research facility steep in Pyrenean mountains. You will need to fight, hide, run and strategize to keep history’s most ferocious killers hungry for a bit longer.

Explore a huge metropolis full of dark corners, aware technology and shady characters. Fight your way through, as you evolve your fighting skills, acquire and upgrade weapons, tune up bots and complete side quests as you discover the true face of the city!

A retro, sci-fi interactive story where you interact with characters, work with objects, and complete puzzles to solve mysteries.

Blue Flame is a fast paced top-down action game set in a medieval fantasy world. Take the role of the last pyromancer and restore order to a kingdom in which fires only emit cold.

The enemies of humanity lay siege from all directions. You must fight your way through hordes of demons, zombies, ogres, and more as you unlock new characters and battlefields! Play solo or team up with three additional players in this 1-4 player couch co-op arena battle game.

Rap Simulator is in basically a production with a great deal of humour. The action starts in the 80s of the last century. The player takes on the role of a rapper who sets up his first music studio in a rented apartment.

The Detective Chapters: Part One

Your choices matter in this story-rich narrative first-person exploration adventure. Multiple dialogue options will affect how people react to you. This is part one of a two-part murder mystery.

My Shadow is a co-op/single player virtual reality game, where VR puzzle solving and top-down movement is combined. You play as Spirit, the mountain-sized god, and your mission is to help the small and cute Seeker through various casual puzzle levels in calm and magical environments. 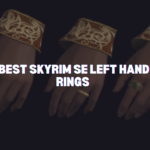 Best Skyrim SE Left-Hand Rings to Try Out
Next Article 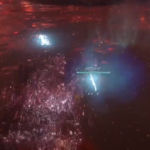 Where to Find Ostimyr in Warframe