In this guide, you will find out the top five best tips and tricks to earn a lot of money in Roblox Jailbreak.

Glitches play a big part in grinding since it makes it a lot easier to rob stores etc. You can rob stores faster, making you get through more grinding cycles faster and easier.

Glitches sometimes require vehicles, so grinding with the black hawk is highly recommended since it’s the best with glitches.

Buying the best vehicles in Roblox Jailbreak can help you grind since you can travel way faster than other vehicles.

Vehicles like the drone military helicopter Bugatti Eclaire, Roadster and many more are essential in grinding better than normal.

However, you have to be careful when buying high-priced vehicles, such as monster trucks, instead of buying the cybertruck Imo. Different vehicles come in different varieties of speed, and most of them have level 5 engines which cost 50,000$.

Vehicles are one of the primary aspects of Jailbreak, and you can use them for many purposes.

Once you fly with Aerial vehicles, it will go much faster since you don’t have to follow the road.

A very good grinding vehicle is the military helicopter which costs 1,000,000$ in-game cash.

Weapons have many purposes but are mainly used to fend off members of enemy teams; each weapon has its ability.

You can also use the weapons for popping tires and shooting down the enemy or shooting aerial vehicles down. The Forcefield launcher is an alien healing item added to Jailbreak in the 3B visits update in October 2019. The item deploys a forcefield which lets you heal when you are inside. In addition, it can protect the bullets of other guns.

The only weapon that can bypass the launcher’s forcefield (30.000$) is the plasma pistol (50,000$). There are many locations where you can get your guns; you can use the ones in the mini-town and the city. You can use this weapon for close range is the shotgun which deals 30 damage, and long-range is the Ak47; game passes or passes are products that players can purchase with Robux to get advantages that other players don’t have.

Currently, there are six available game passes in the store, and they have many varieties of abilities. The first game pass you should buy is the Tier 4 Duffel Bag game pass which costs 300 Robux.

The Duffel Bag game pass can give you more money than Robbing a specific Robbery (Not All Robberies). Most players have this game pass, and it is one of the best or the best passes in the game since it gives you almost double the cash than without. Specific game passes give you better advantages than others, and there are many good ones: the boss, Mobile Garage, etc.

When robbing Msm you can get extra cash for assists, Also when grinding you can get bored but in grous with friends that’s unlikely making you able to grind for longer time periods, Frinding in groups let you rob more stores but you also have a less chance of being arrested.

This is because more guns are Aimed on the police/Target. 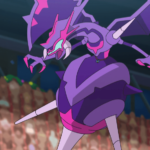 Best Poison-Type Pokémon in ORAS (And RSE)
Next Article 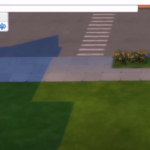 How to Turn Off Death in Sims 4