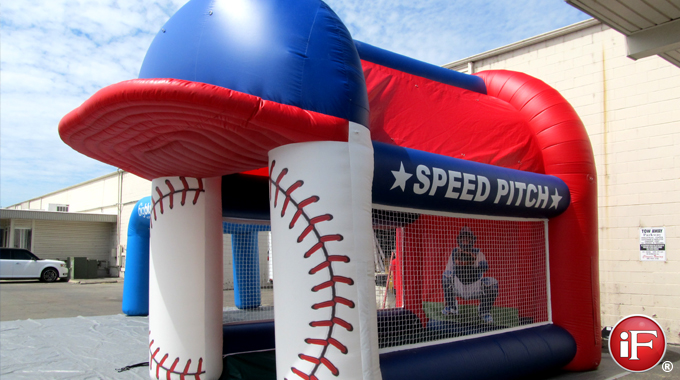 Best of the Mobile Speed Pitch at GDC

The Big Indie Pitch allowed two dozen indie iOS developers to show off their new and upcoming games to the press, five minutes at a time. The event was set up like speed dating– developers rotated around to different tables on cue, to see if any special connections could be found. Here are what we consider to be the highlights of the event.

Redshirt is an upcoming game from a company called The Tiniest Shark, and it’s set onboard a starship like you’d see in the Star Trek series. Historically, crew members wearing red shirts were anonymous and expendable, but this game lets your recruit make friends through the ship’s social network, SpaceBook. You have to form connections with other crew members, including parodies of Star Trek’s famous officers, to work your way up the corporate ladder. The game itself is mostly played through a Facebook-style app, which combines Star Trek’s PADD interface with familiar social features. Redshirt will be out in the Summer as a paid app, with no additional in-app purchase.

The makers of W.E.L.D.E.R., a company called My Evil Twin Games, stopped by the pitch session to show us Putt Pinball, their latest game that combines miniature golf with pinball. The goal is to complete levels by knocking the ball into the cup, which is usually placed out of the way and will require you to flick the flippers with precision. Unique balls like the “golfer’s special”, which allow you to place your ball at any tee on the table, can help you reach your goal. The plan is to eventually allow users to create their own pinball/golf levels as well, and share them with other players.

Nameless is an RPG with combat mechanics similar to Final Fantasy or Devil’s Attorney. You play as a “black hat” hacking ring who dives into a wider conspiracy. Your attacks are based on real viruses and maneuvers, and you can watch the havoc play out in the top part of the screen as technicians race to put out the fires you cause. Instead of experience points, you’ll earn cards to unlock new abilities, and the whole game is wrapped up with great character artwork and a clever storyline. Of all the games in this article, Nameless: The Hackers is the only one available on the App Store right now.

Made by Bonus XP, whose members previously worked on the Age of Empires PC games, Caveman Smash is a game that adds a historical twist to Match-3. You have to match together tiles containing food, rocks, and trees in order to gather resources for your caveman tribe. Then, you can summon warriors who will use slings and clubs to fight back against dinosaurs who also drop into the board. Although the Flintstones-style setting isn’t historically accurate, you do get to “level up” through the ages, adding a bit of depth. Caveman Smash will be available in about two months, and it will be free with in-app purchase for extra levels.

The company Moon Shot Games showed us Third Eye Crime, a stealthy line-drawing game where you play as a mysterious art thief. Third Eye Crime has a cool visual style, with heavily cel-shaded characters and environments. Each mission consists of one screen, and guards will only track you down to where they think you are, not where you actually are. To take advantage of this, you can fool them with misdirection. There’s even a “patsy” power-up, which creates a clone that will take the fall for you. Third Eye Crime should be available in early June.

A circus game that’s both a puzzler and a platformer, Ring Run had our head spinning. You play as one of three performers (Nina, Ned, and Nelson) who each have their own unique ability. Your characters will whirl around the outside of rings, until you press down on the screen, which will cause them to whirl around the inside. This way, you can move between rings and collect the items you need to continue. RingRun’s characters are fun by themselves, but the dizzying maneuvers they make are even better. Ring Run will be available as a paid download in the next few months.

We already went hands-on with Tengami at PAX East (you can read our preview coverage here) but at GDC we were impressed all over again. This gorgeous game is set inside a Japanese pop-up book, where you have to flip the pages and tug on virtual tabs to generate new landscapes. Tengami is extremely atmospheric, making it a truly exciting game for people who loved Sword and Sworcery or Paper Mario. Tengami will be available this summer, and it will be a paid game that should last around two hours.

Beaver Tap Games made the very well-received Mikey Shorts, a pixel-art platformer with excellent controls. Their next game in the series is Mikey Hooks, which is intentionally modeled on the Hook Champ series (the developers at Beaver Tap Games actually met on the Touch Arcade forums while exchanging Hook Champ challenges). You still play as Mikey, but this time he can grapple from platform to platform. If you’ve played Mikey Shorts, you know this is a sequel to look out for. It’ll be available in early May.

Snow Siege reminded us of the Deranged Mutant Killer Snow Goons from Calvin and Hobbes, but in iOS game form. Like in Minecraft, you have day and night cycles. By night, you can build up your snow fort using cards that give you new blocks and weapons. By day, armies of snowmen will invade to try to take down your fort. You can fly around in a jetpack and fight back, or set up turrets for a tower defense-style showdown. Snow Siege will be a free to play game, with IAP for new cards, and it’ll be out in about two months.

If you played the original Kingdom Rush, you know that it’s one of the very best examples of the tower defense genre on the App Store. The sequel, Kingdom Rush Frontiers, will hopefully be just as good. One of the major changes is that you can recruit heroes to wander the screen and hold up invaders. These heroes can also be leveled up between stages. There are also new towers, like a fully-upgraded cannon tower that turns into a mech.