This guide helps the players in order to have an idea about how they can farm zennies early in the game. In fairly simple words, it has been explained that at first the players should have unlocked the mahala village and can start the game from this village. Zenny can be hard to get in the game as they only come through the quest, so going through this guide, you can have a nice start to the journey of getting zennies quite often in the game as compared to those players who start playing without having an idea about how they can fulfill their wallet with zennies earlier in the game.

This article explains an easy way about how to do a fairly easy money or zenny grind early in the game. For doing this you should have unlocked the mahala village and once you have done that, it is expected from you people to get over to your quest board.

Now when you get over to your quest board you will go to your subquest and then you will make your way over depending how many pages of this you already have over to the quest called rolly polly problems.

You guys might have completed this quest beforehand but there are a couple of things which you guys should note about this very quest. If you people have a look at the button on the right hand corner, you can see 12000 zenny added into your account each time you successfully complete the quest. 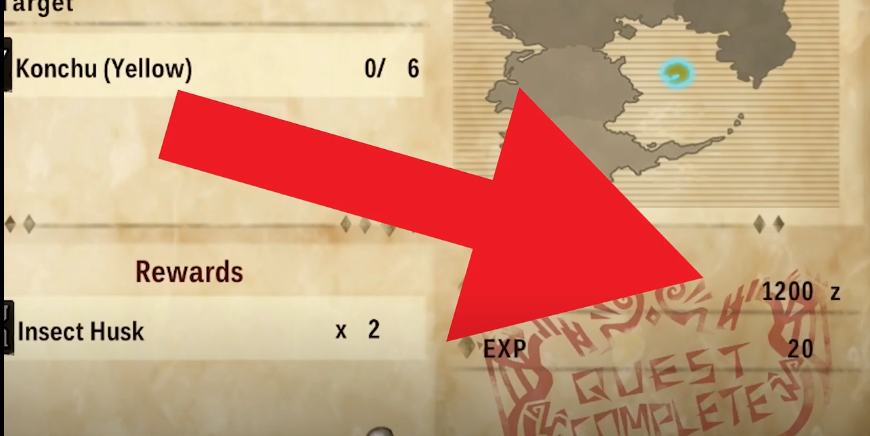 It is expected that you will do a very fast action on this quest in order to complete it and can earn many zennies in less time, about 15-30 minutes as on average it takes around 30 minutes and you can earn around 15000 zenny.

After just spending 30 to 35 minutes grinding on this quest, this thing can easily be done by going to request boards and then going to sub quests.

After finding the roly poly problems on the quest board, accept it by pressing y. It will be set as your main quest. After that, you guys will come out of the village and will move to the expedition area.

After that, you can hit the Afternoon, two spots will be shown to you that which the conchus will give rise to. After that you will move to the left hand side corner and there will be more conchu there.

Here you can find 2 or 3 spawns. Once you get them, you can take them down quite easily.

After getting three spawns you just hit the ZL, ZR to take them down, You have got 3 but your target is to get 6 in order to get the quest completed.

After that, you will continue your journey and will move to another area on the map in which you will try to find the three missing spaws.

It is highly possible that you can get two but then you have to come back and just redo this over again. After that just move to the distance here and you can find a treasure chest here. You will find some more conches relaxing on the island.

As you have found the country here, so let’s go ahead and get those 3 guys down as well..

After we kill those 3 spawns, you will need to get back to the village.

After completing this journey, you have to get back to your quest board and will turn the roly poly problem as completed and you will get some xps for it.

After completing the quest you will get around 1200 zenny. This is a fairly easy way of farming zeny early in the game.