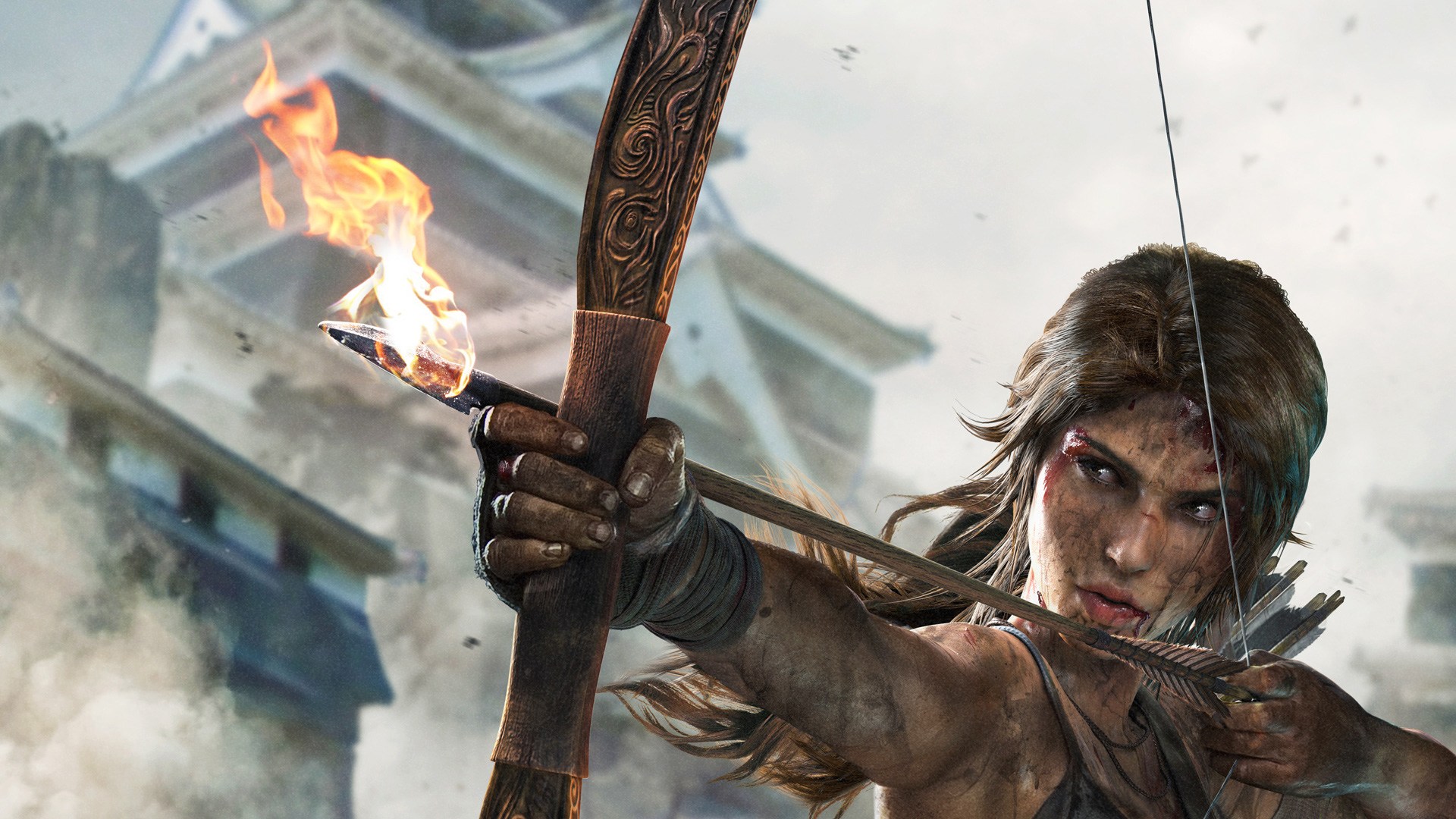 Each month thousands of games are released on Google Play store, most of the games are of low quality but in that large pool of games sometime some exciting games are missed by the gamers, we have targeted those games in this list, these games will keep you busy for a long period of time.

The Timekeeper is an intense, wave-based, arena game where you play as a knight tasked with protecting an ancient timepiece. Fight off hordes of varied enemy factions, and protect the clock for as long as you can. Complete waves and choose upgrades to unlock powerful abilities to aid you in your task, and earn coins by protecting the clock. Purchase different weapons, add to your melee collection, stop the onslaught!

Block breaker is a simple 3D block action game. Break enemy blocks as many as you can. This game is modified ‘Santa Claus is Coming to Town, Demo game for Moenen-Voxel-Collection. This game is under developing, so feel free to contact me if you have suggestions or find bugs.

Relax for a moment and roll your stone through winding obstacles in 100 different zen garden puzzles! Challenge your path-finding skills and orient yourself for the best route to the finish stone. Collect jade gems, use them to unlock abilities, and get awesome new blocks!

Simply a useful chess board for your personal chess games and analysis. It can be used offline and is free. Chess pieces can be moved freely without rules. you can freely set the position you want.

Guess Who ? The board game 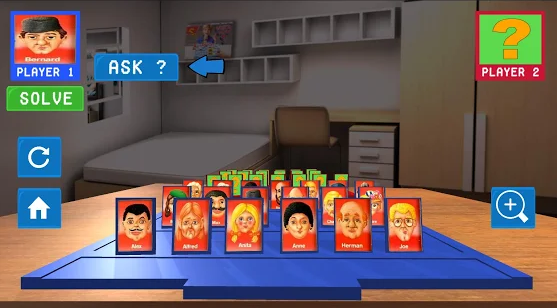 This is a questions and answers game to can guess Who’s my character no need to physical real board game. You can play all the game from mobile now no dice needed or a game board very fun to play with friends and family. PLAY online or with your friend 3d Graphics and beautiful special effects. You must guess your opponent’s character before he guesses yours.

Cibilik Chest Hunt is here with its new parts and newly added features of the chest blasting game. With the newly added Leaderboard, you can see your rank among other users. 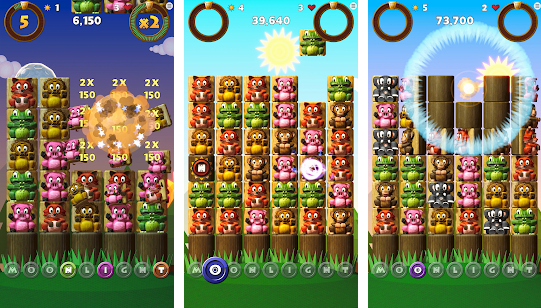 Test your reaction skills in this Match-3 action puzzle! Locate and dissolve combinations of equal segments on rotating totem poles before they disappear. Use special items, push the combo meter to dizzy heights and collect bonuses to unlock a special game mode!

This DomiDrez (Solo) game is a member of the PokerDrez Games Suite which includes other card and table games such as PokerDrez, NeuroDrez, Poker7, BlackDrez, SoloDrez, SokuDrez, RummiDrez, or TriumfDrez. In this game, you will have to order the 54 PokerDrez cards so that each of them has the same figure (pawn, knight, bishop, rook, queen, or joker) or the same color (black, red, magenta, purple, blue, cyan, yellow, orange, or green) as the previous one.

Feed Them Right For Kids 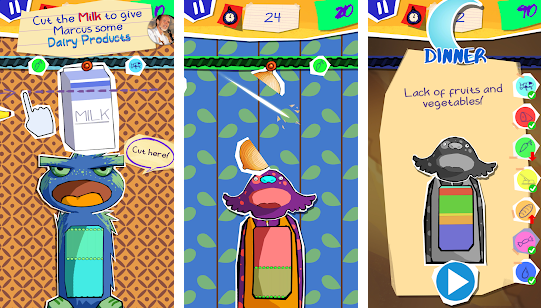 Beware, they are not easy to feed! Theses monsters really pay attention to what they’re eating, you have to respect their indications to give them a healthy meal!

The Sentinel controls each landscape from high above. The aim of the game is to get your robot to a high enough viewpoint so you can defeat The Sentinel and conquer the landscape.

Help the cute bear on an adventure for treasures by choosing the right English spelling. Test your skills with treasure battle. Customize Bear Appearance. Adventure in Different Places. Review Words in Word Bank.

Aurelia: Stellar Arising – 3D Turn-based Fleet vs. Fleet Space Combat Game. Choose between two factions and fight for control of the Aurelia System in over 77 missions per faction. Control fleets of up to 9 ships and give maneuver and tactical commands to each ship. 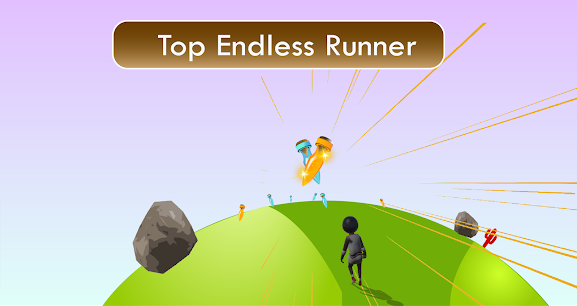 Duliet has been kidnapped by a clan of evil doodles. She has been hung from the highest tower of the castle, inside an iron cage. Duliet cries inconsolably and waits impatiently for her rescue. When Tomeo learns that his beloved Duliet is a prisoner, he does not hesitate to rescue her from her ordeal.

Delico Games proudly presents remake of classic arcade game Xonix. Air Xonix is next step in evolution of classic Qix games. Family of arcaed Xonix games is known from mid of 80-th, but we go further and add extra dimension – meet Air Xonix 3D! Modern 3D graphics in addition to classic, time proven gameplay will redefine your gaming experience. You as a pilot of hi-tech flying device like helicopter, and you main goal is explore and capture territory. Sounds simple, doesn’t it? However, many enemies awaiting for you.

One of Coppercod’s most requested games, Bid Whist is a classic quick-fire card game for four players playing in two teams. Play now on your smartphone or tablet! Free to play. Track your stats and play with smart AIs. Team up with one of our partner AIs to beat your opponents in Coppercod’s take on this classic card game. Test your brain while you play and have fun! 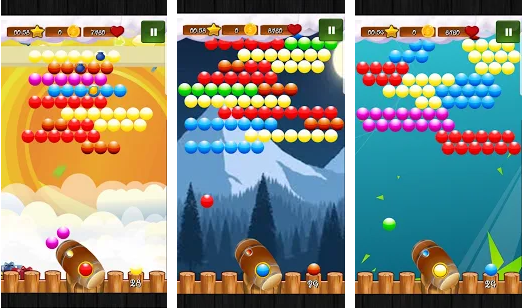 Colored balls Throw balls of the same color and be alert until the allotted time expires until you succeed.

The 2020 pandemic crisis is not to be taken lightly, everyone’s lives have been affected. The Xyrus Blasters game is a means to help. Pixel Cube Software pledges to give seventy percent of all in-app purchase profits to the Mercy Warehouse. Now you can shoot and blast that pesky virus into oblivion! We were told to shelter in place, so you have to shoot them while not moving! Be careful, as the virus spreads, it gets more chaotic. You’ll have to blast them all to win.

Collapse blocks, explode TNT and avoid goo on a floating, twistable cube. CubeTwister3D will keep you entertained for hours as you attempt to solve increasingly difficult challenges! This is a fun and addictive 3D game that the entire family can enjoy!

Test yourself with three different levels. Beat your record. Reach the top level in simple math. Push the boundaries with different types of levels. Improve your math memory. Learn about the capitals of the countries and improve your general culture.

This is the poorest novel game in the San’in region. Due to the specifications of the app, the operation may become slow or forced to terminate depending on the model. (It may be improved by restarting the terminal, deleting the cache, etc. * Please note that the saved data will be deleted if you delete the data.)

Test your skill in this casual puzzle game where the player runs a farm with very bouncy animals. The animals are running amuck, so the player needs to separate the animals to calm them down. If you can’t, they may bounce themselves silly.

Tower defense game from a unique environment, where you have to prevent the cat from overeating with delicious sushi.

This “No Ads” teaser number shooter game is very simple, smart and interesting game which is not only lot of fun but tests your memory, strategy, planning, observation, math eye, focus, concentration, dexterity, aptitude, quick response and spontaneity.

Defent yourself from false accusations to prove that you are not guilty!
Under various scenarios select the correct answer to avoid your end!

Are you ready to play hide and seek with the guards? These guys are real hunters. Manage to steal the treasure chest before they catch you.

The priests had supreme authority in the High Burm continent. Progressive thinking and activities were prohibited and priests’ laws were fixed. The kingdoms of the continent ruled in consultation with their high priests. The society was largely conservative and patriarchal and those who tried to oppose this social structure were punished. In addition, the combination of dark divine powers and sorcery had led to a number of dark spells and prohibited arts in this land, which made the lives of ordinary people even more difficult.

Moffins is a multiplayer shooter game , with chat option. Its a mixture of 2D , 3D world. Where player is 2D and environment is 3D.

Control a bouncing ball with simple single-tap gameplay. Press the screen to bounce the ball. Can you avoid all obstacles and achieve a high score? 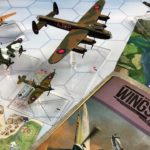 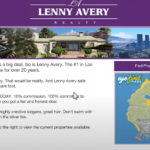 How to Buy Houses in Singleplayer – GTA 5