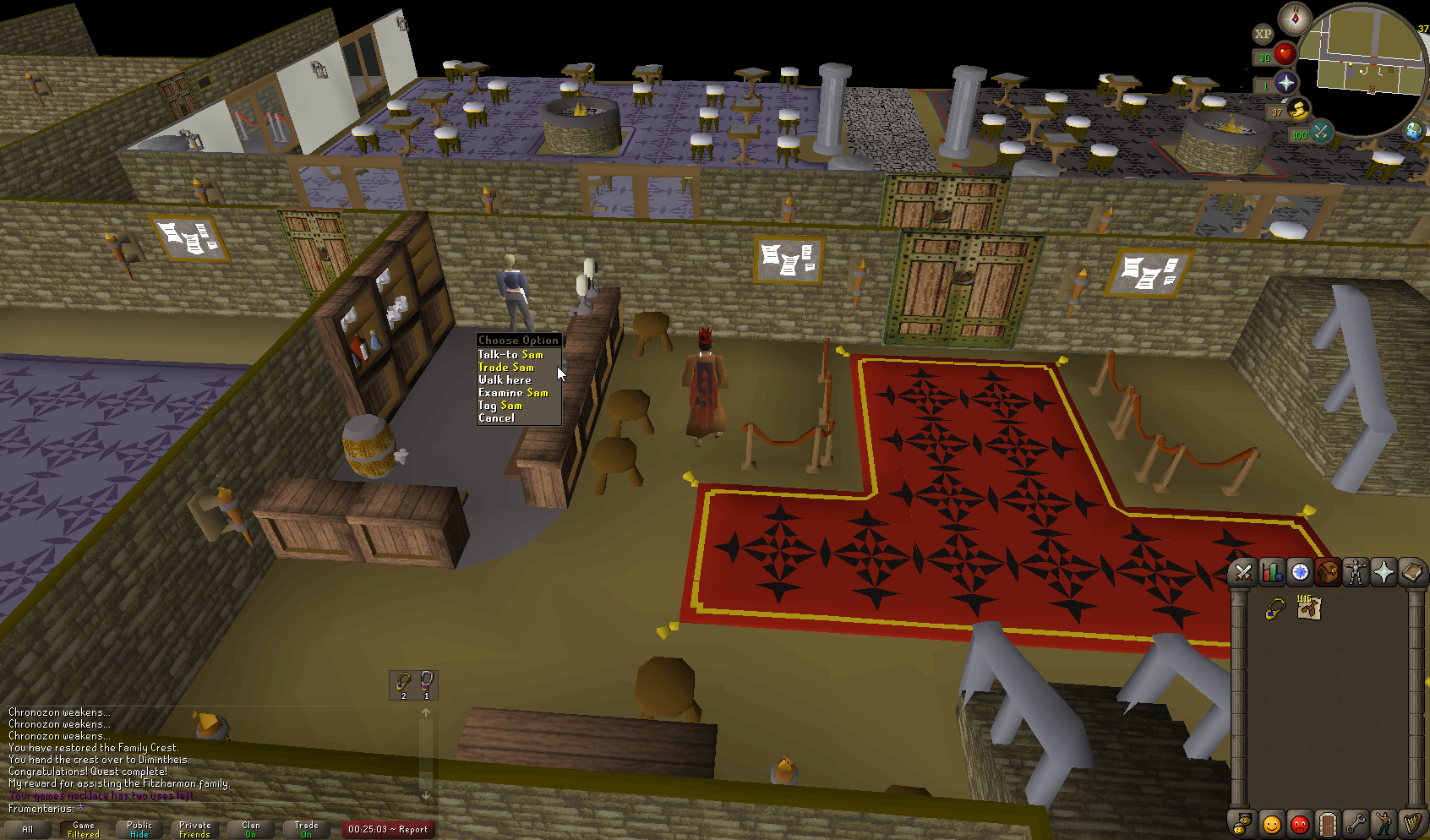 You will go to a house in Varrock and meet a man named Dimintheis. Dimintheis introduced himself as a member of the noble family. He tells that his sons had been taken by the King and his army many years ago. Now i have heard that one of my sons is still alive. His name is Caleb. You will tell Dimintheis that you will help him.

Then you will go out to find Caleb who is working in a restaurant as a chef. You will tell Caleb that your father wanted to restore the Fitzharmon crest. Caleb replied that he also wants that but at the moment he is busy in making fish salad. If you help him to get the required ingredients then he can give you his pierce of crest. You will have all the ingredients for Caleb instantly and he will give you his piece of crest as a reward. Then ask him about his other brothers. Caleb replies that one of them is in the search of treasures in the desert, you may find him there.

You will then go to the desert and will meet a gem trader. Ask him if he knows anyone named Avan. The trader will reply yes he knew Avan, he saw him somewhere wearing a yellow cap. You will find Avan after some time and tell him that your father has sent you to restore the family crest. Avan will reply that i can give you my crest piece but you have to help him to impress a lady, bring me a ring and a necklace made of pure gold.

You have to now find the pure gold in Ardougne city. There will be some underground dungeons in the city, go there and pull up all the levers. And then start mining the rocks, you will find the purest form of gold there. Go back to the city again, mould the gold and make a ring and necklace from it. And then bring this ring and necklace to Avan. Avan will give you his crest piece as a reward and will tell you about his brother Jonathon that he is in the wild area learning the magic arts and trying to hunt the evil spirits.

Go to the third son of Dimintheis named Jonathon. Jonathon will tell you that he is feeling dizzy because of the poison. You will give him the antipoison. Jonathon thanks you for this and asks if you want anything from him. Tell him that his father has sent you to get the family crest. But Jonathon will reply  that he lost his crest piece in a fight with a demon and the demon took the crest with himself.

Then go to Edgeville and customize your character after reaching there. You have to kill the demon and get the crest piece back from him.

Now that you have restored the crest pieces of all three sons of Dimintheis, go back to him and give him his family crest. Dimintheis thanks you for your effort and will give you some rewards for this. 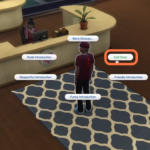 How to Give Birth In Hospital – The Sims 4
Next Article 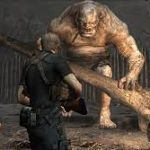