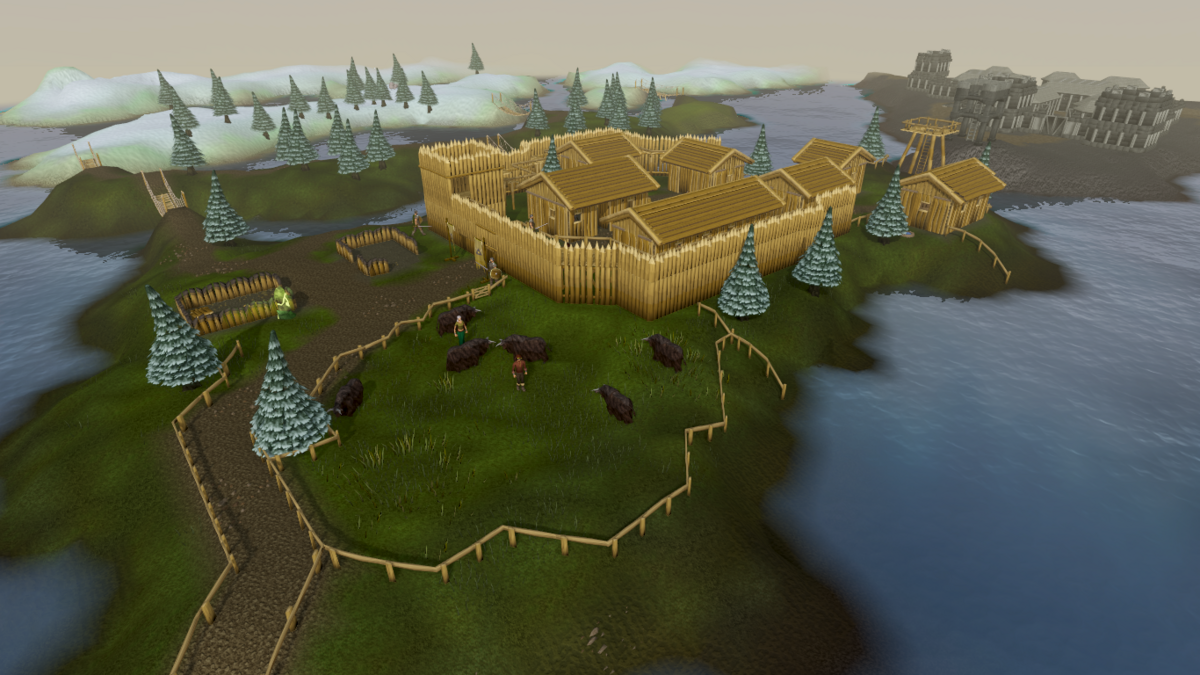 The Fremennik Isles is a quest about the two Fremennik islands Jatizso and Neitiznot who are under the threat of ice trolls.

Talk to Mord Gunnars at the deck. He will tell you that the King of Jatizso has asked him to take you to Jatizso as he has some quest for you.

Enter into the building of the King and start a chat with the Kind Sorvott. He will tell you that Neitiznot island is an enemy of Jatizso. Thorkel skillbeard will tell that we need ores for the merchants and will ask you to bring the ores from the mines. Bring them the ores quickly and Thorkel, he will give you 2000 coins. He will then ask you to go to Neitiznot and look for his Spymaster.

Open up the chest and wear the Jester clothes. And then travel back to Rellekka, take a ship and go to Neitiznot. Enter the general store and you will find Slug there. Ask him for free stuff and he will reply to you to infiltrate the Burgher’s quarters.

Enter the building in the south and sak Mawnis that you are looking for a job and tell him you can really entertain the audience. Follow Mawnis and perform the actions he asked you to, in order to entertain him and the guards.

Take off the Jester clothes to have a talk with Mawnis, he will ask you to prove your loyalty towards us by bringing eight lengths of rope. Get the ropes from the bank and then go to the yak fields and cut down the arctic pines to get the logs. Split arctic logs on a wood cutting stump and give the ropes and logs to Mawnis.

Thakkrad Sigmundson will give you 1000 coins for ropes and 1500 coins for logs. Now he will ask you to repair the bridges with the help of ropes and logs. You will find a bridge on the small isle. Buy a knife from the bank and move towards the north west and repair two damaged bridges.

Go back to Mawnis and tell him that you have repaired both the bridges. Thakkrad will give you 1,500 more coins. Mawnis will tell you that they want to attack the troll caves and he will ask you to find out if the King has heard of his plans or not.

Move to dock and travel back to Rellekka and then to Jatizso. King will tell you that this is the time of national crises and we have to protect ourselves. He will implement new taxes as a tax collector. Enter different buildings in the town and collect the windows tax. But this is not enough, King will then ask you to get the tax on beard and moustache. Go and collect his new tax.

Bring the tax bag to the King and he will ask you to travel to Neitiznot to check who is helping them in repairing the bridges. Go there, Slug will ask you to have a conversation with Mawnis again. Wear up the jester costume. He will agan ask you to entertain them. Move back to Slug, answer his questions and he will give you 2,500 coins. Take the ship and go to Jatiizso.

Go to the king and tell him that no army is there, this is just a raiding party. The king will tell you that you are fooled by them. He thinks that they want to steal his glory and wants to kill the Troll King now. The king will give you a document and ask to deliver it to Mawnis. Go there and hand the document to Mawnis. He will tell you to create equipment for the fight against the trolls. Buy a hammer, thread and needle from the bank and kill 3 yacks to pick up the hides. Get the logs from the arctic tree. Use the needle on the hides to craft the top and bottom of the armor.

And then Mawnis will tell you to make a shield. Cut two Arctic pines and go to the stump in the middle of the town. Craft the shield using bronze nails, rope, and hammer. Mawnis will appoint you as a champion of Neitiznot and will ask you to fight and defeat the Troll King. Pass the bridges through the north and enter into the dungeons. Lead your troop into the battle.

Kill some ice trolls there and move forward toward the Troll King. Kill him and take his head.

Exit the dungeons and go back to Mawnis. Hand over the Troll King’s head to Mawnis. He will thank you and will present you his helm as a reward. 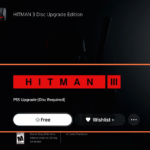 How to Upgrade Hitman 3 PS4 to PS5