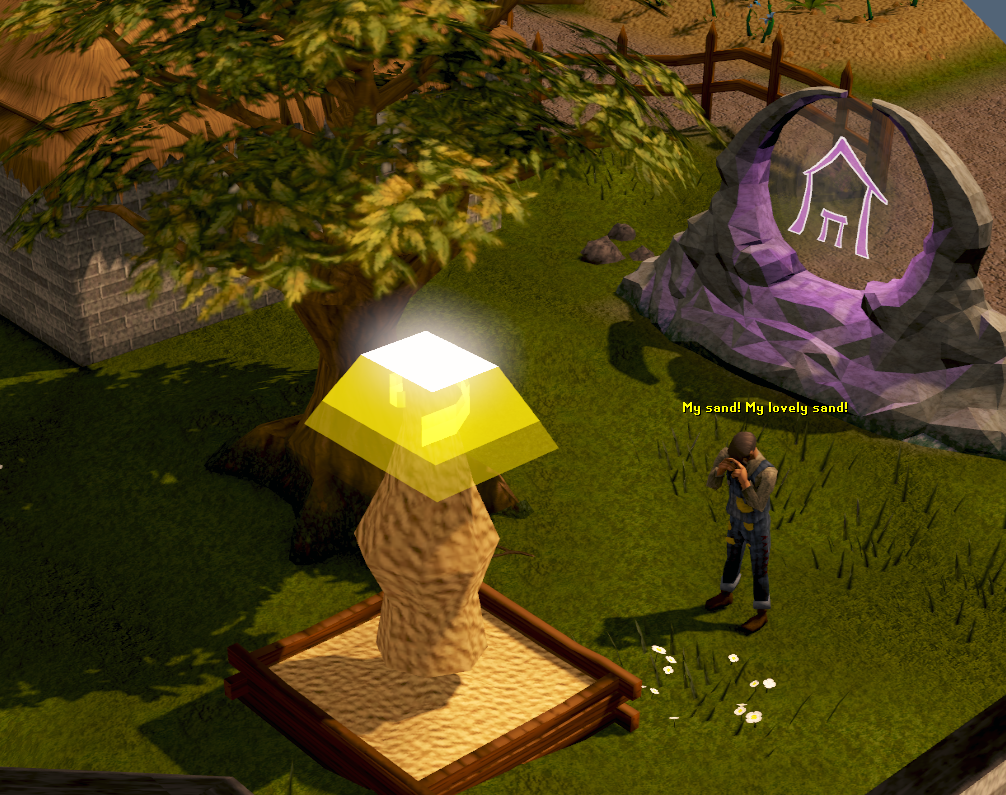 A mysterious severed hand has appeared in Bert’s sand pit in Yanile. Now, you have to help in identifying the person and how the hand got here.

Enter into the house of Bert in Yanille. He will tell you that he found a hand in the sand pit and he may lose his job now. Bert will ask you to investigate the matter and he will give you the hand that he found.

Move towards the Dragon Inn and purchase one beer from the bar. Give this beer to the Guard captain and tell him Bert has found a hand in the sand pit. He will examine the hand asd ask you to go to the wizards to discuss this matter.

Ring the bell outside the wizards guild, Bell Rarve will appear as a result. Tell him that Bert found a hand in the sand pit and the Guard captain has sent you here to check if this hand belongs to any wizard. He will tell you that Bert looks suspicious to him, go back to him and check the duty hours of sandman.

Return back to Bert and ask him about his job. He will tell you that he is the employee of Sand Corp in Brimhaven and he will provide you a copy of his contract.

Teleport yourself to Brimhaven and enter into the house of Sandy. Pick Bert’s original contract from his desk .

Then teleport back to Bert and tell him you have the original copy of his contract and the duty hours are different in the original document. He will reply that this is because of the wizard’s magic and a scroll also appears in the room. Bert will give you that scroll.

Go to the wizard guild and ring the bell to have a conversation with Bell Rarve. Show him the scroll that appeared in Bert’s room. Bell Rarve will give you a magical scrying orb and ask you to get truth serum from Betty. He will teleport you to Port Sarim.

Go into the shop of Betty and ask her that the wizard told you that you can make truth serum. She will ask you to make a pink dye by using red berries with the potion and then white berries and color the lens pink. Buy 5 earth runes from Betty.

Then she will put a vial on the counter. Stand in the door and use the lens with the counter. You will get a vial of truth serum.

Teleport yourself to Brimhaven and enter into the house of Sandy. Distract him and mix the truth serum in his mug. Rub the magical orb to activate it and then ask Sandy about Bert’s contract. Sandy will reply that he changed the contract, he suborn a wizard to let Bert forget the original contract and then he killed the wizard because he didn’t wanted to get caught.

Return back to Bell Rarve and bring him the magical orb. He will ask you to provide 5 earth runes and a bucket of sand. Give him that and he will refill the Bert’s sandpit with magic.

Teleport to Entrana and move towards the sandpit. Ask Mazion for the wizards head and he will provide you with that.

Return back to Bell Rarve again and give the wizards head to him. This will end your quest successfully.

Sea of Thieves Errors Guide (Step by Step)
Next Article 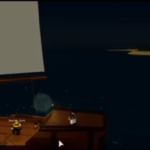 How To Sail (Basic) | The Turbulent Seas