Waterfall Quest is a quest about a legendary treasure hidden somewhere in the Baxtorian Falls. The waterfall holds the history of the great elven King Baxtorian and his wife Glarial. . Investigate the death of elven leaders of old and discover the mysterious hidden treasure of the waterfall.

At the start, you will have a conversation with Almere. She will tell you about her son Hudon, someone has told him that there is a treasure in the depth of the river. I am afraid that he might try to go into the river and he doesn’t even know how to swim. You will ask her that you can help him if she wants.

Now you will move towards the river side to look for Hudon. Tell him that your mom has asked me to find Hudon. He thinks that you are lying and you’re also trying to find the treasure.

Go to the underground dungeons to meet Glorie. He will tell you that he is in there from some weeks now and the goblins are trying to get his family’s heirlooms. You will ask him to get an old pebble which he will give you instantly.

Look for the chest box in the dungeons and pick up a small amulet out of it and take the urn from the coffin and then go into the river with the help of a raft.

Move into the cave located under the waterfall and search the crates out there to find the key. Then place the rune stones on every stand, a smoke puff will come out of the stands.

Place the amulet on the neck of the statue.

This will end the quest and you will be awarded with some rewards.

How to Install PS4 60FPS Patches with GoldHEN 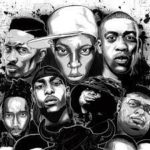 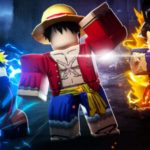