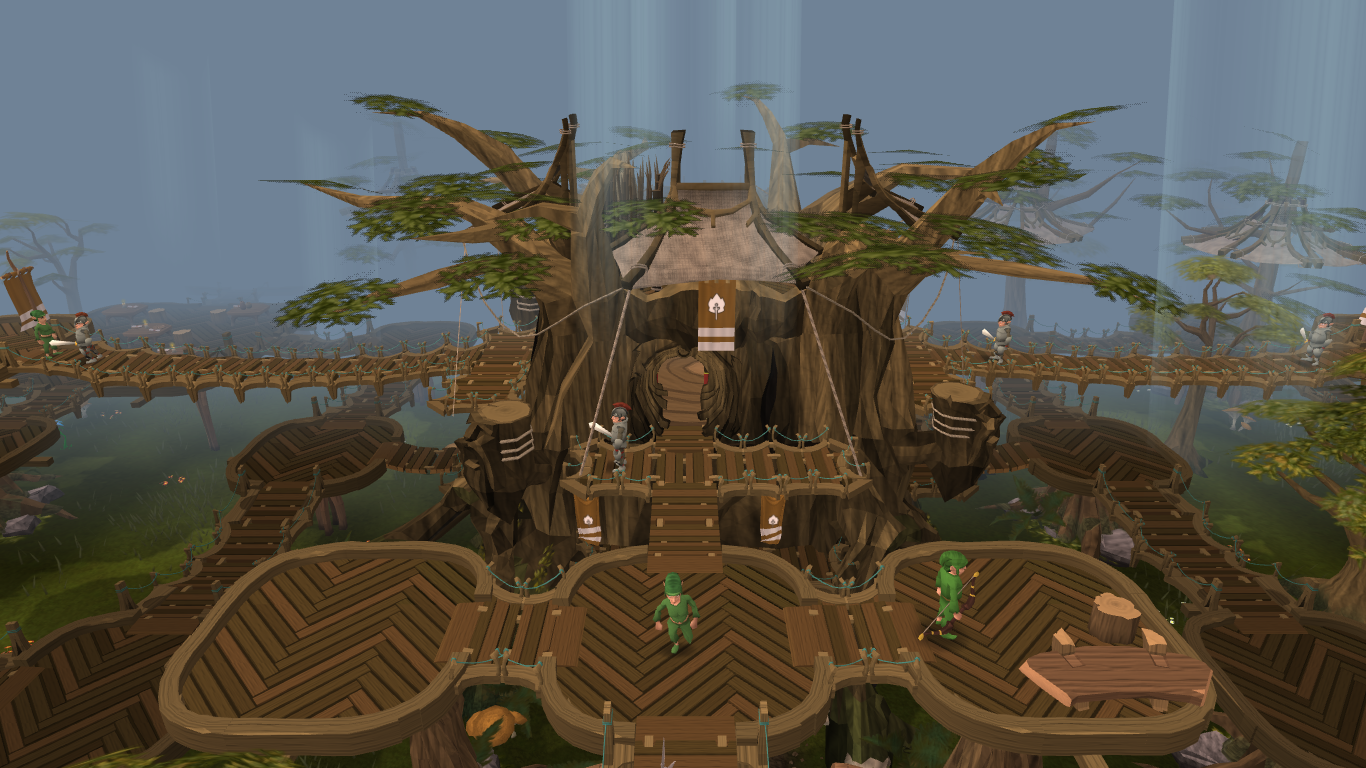 The Grand Tree is dying and King Shareen needs your help in discovering the cause for its sudden disease. You have to protect the Grand Tree from dying.

Start a conversation with King Shareen in the Grand Tree. He will take you down stairs. Then he will tell you that the Grand tree is dying and you have to go to Hazelmere and ask him about that. King will give you a bark sample and a translation book.

Teleport yourself to Yanille and keep moving north east until you reach a hut on the island. Enter the hut and climb up the ladder. You will find Hazelmere there, give the bark sample to him and he will give you a scroll. Translate this message with the translation book

Return back to King Shareen and give him the message of Hazelmere. He will tell you about the Daconia stones and will ask you to talk with chief tree guardian Glough about this message.

Move south and climb up the ladder, you will enter into the house of Glough. Tell him that the king said Daconia stones have been taken. Glough will reply that he can take care of this matter.

Now go back to the king, Glough has already captured a man with Daconia rocks. Ask him that you want to see this prison. King will reply to you to go on the top level of the tree to see him. Climb up the ladder to reach the top level. The prisoner Charlie will tell you that Glough asked him to carry Daconia stones. Then he will ask you to search Glough’s home, he may be hiding something there.

Move to the Glogh’s house one more time, search the cupboards and you will find Glough’s journal. Then ask Glough that the prisoner said that Glough paid him to carry the stones and the grand tree is dying because of you. He will get angry and ask the guard to prison you in the cell. Charlie will tell that Glough has sent him to Karamja to give a huge amount of gold to someone, that man may know what Glough was going to do. The king will come and free you from the prison.

Ask captain Errdo to take you to Karamja. Once you reach there, start running towards the east. Try to open the fence gate but the shipyard worker will stop you from doing so. Tell him that you have been sent by Glough, then select the password to open the gate.

Go to the ship dock and tell the foreman that Glough has sent you here. The foreman will take you into his office. Answer his questions by selecting the correct options. Then he will tell you Glough has asked him to carry 300 gnome troops to attack Port Sarim and he will provide you a lumber order and ask you to give it to Glough.

Teleport yourself back to King Shareen and give him all the information about Glough. He will not trust what you are saying to him. Go to Charlie and ask that you need a proof about Glough to convince the king. He will tell that the keys of Glough’s chest are there in his girlfriend’s house. Now start moving toward west. You will find a staircase, climb it up to enter the house of Anita. She will hand over the key and ask you to give it to Glough.

Go to the house of Glough again, use the key on the Glough’s chest and you will find a scroll with invasion plans on it. Return to the kind and give him the scroll. The king will give you some twigs. Move back to Glough’s house and climb up the tree on the corner to go on the other side. Use twigs on the pillars and you will get a message.

Cimb down the trap door and have a conversation with Glough in the underground dungeon. A black demon will appear after some time. Just attack and kill this black demon.

Start running west until you reach the king. Tell him that Glough has a store of Daconia rocks and he has been accessing the roots from a secret path at his home. King will ask the guard to check out the passage. The guard will come back and tell Glough is hiding under a horde of Daconia rocks.

The king will then ask you to search the roots under the grand tree to find out the missing damonia rock. Find the rock and return back to king Shareen. This will end your quest. 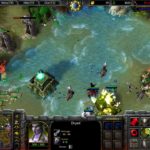 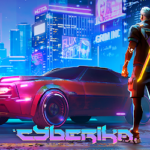 How To Kill Regulators In Cyberika: Cyberpunk Rpg