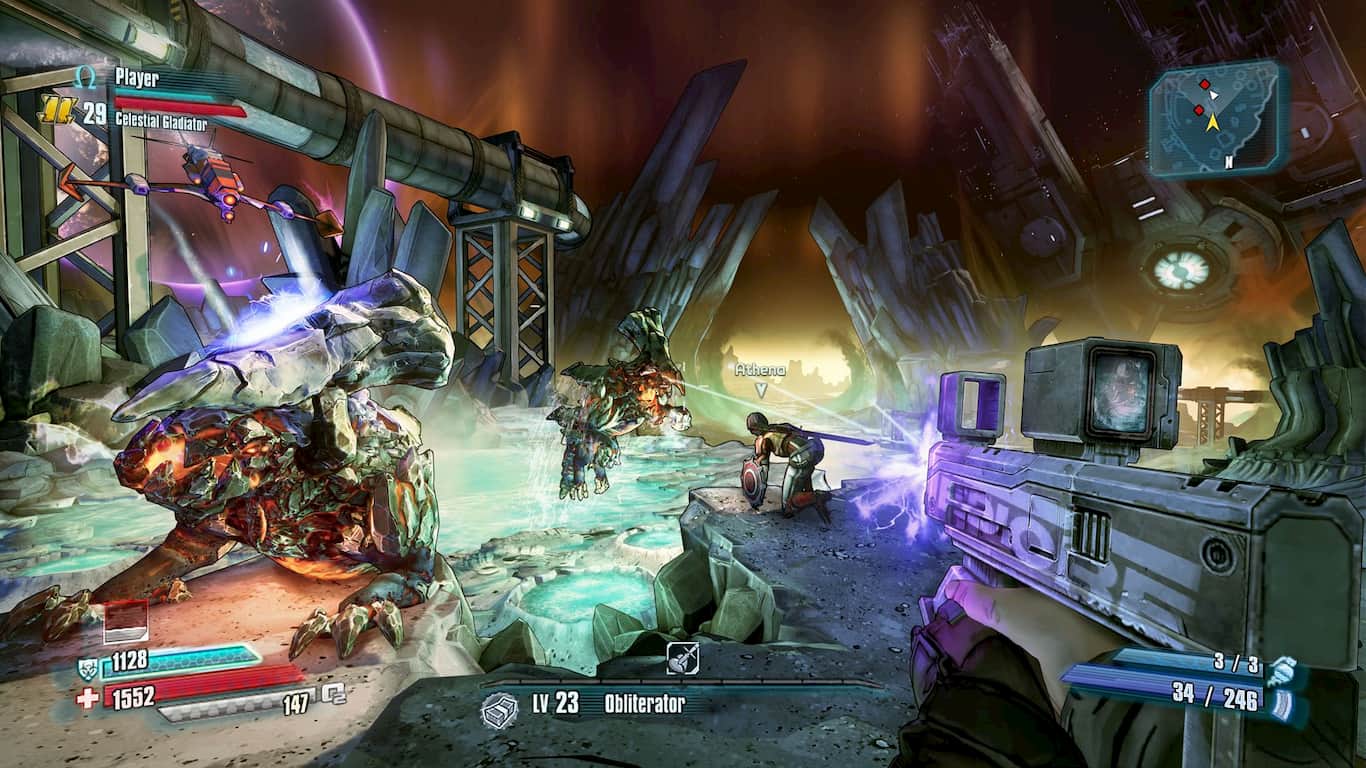 Top Games To Play During Quarantine (May 2020)

One of the hardest parts of lockdown is the inability to see friends and family as we normally would. We all need to do few interesting things while we are stuck at home, luckily we have games that can help us in killing our time, we have curated a list of games that will keep you busy during your quarantine.

The Lost Sky is a 2D multi-directional action game set in a dystopian world. With the uprising of an army of battle drones, the planet’s civilization has been reduced to but nothing. You will fight in order to destroy any last vestiges of the haywire drones. The mission is to “Reset” the planet – to wipe the slate clean and to usher in a new beginning.

It’s time for Cally’s biggest adventure ever! On a mission to cure her friend Rupert’s Curse, Cally and her team must embark on a journey across the globe. Along the way, Cally will make new friends, discover a new arch-nemesis, and fight her way through hordes of enemies on the way to becoming the greatest hero in the world! Do you have what it takes to fight a secret society that holds the only thing that can save Rupert?

Fabian Galaxy has one goal in life: To rid earth of the evil alien hordes that have destroyed it and to get home to his sweetheart.

Guide a North American girl and a Frenchman through beautiful historic Parisian locales, putting together pieces of the detective puzzle as you proceed. Trips to real attractions in the city of love: Basilique du Sacre-Coeur, Pont des Arts, and the Louvre Museum. Look for hidden objects in Paris, solve the romantic detective case!

Breaking Gates is a 2D platform, action and adventure game in a fantastic and animated world. Made by lovers of classic games of the genre such as Castlevania, Medroid and Mega Men X , Breaking Gates combines dynamic gameplay with RPG elements such as attribute and equipment management.

Bouncer Story is played in a city with a strong mafia presence. As a bouncer you are seeing, hearing and experiencing all kinds of events in the your daily work controlling the entrance to a bar. It is your choice to balance your relationship with mafia members, police and other characters in the city to make a living.

Become a member of a tank platoon, and let’s challenge various missions! A fierce tank battle occurs in a real battlefield! To win the battle, collaboration with friendly units is important. With clever tactics, you can also overcome powerful enemy troops! Can you become a hero by surviving this severe battlefield?

Shoot down bad guys, get power ups, buy perks, and save the universe! I poured all of my 80’s retro space love into this game. I hope you enjoy it! Please let me know if you have any feedback. I’m happy to make updates as we go.

Cyclone 2000 is an Android clone of a well known web shooter, which name must not be mentioned according to rules.Try now for a nice retro game feeling.

Find your way through jumps, bumpers and evil enemies to reach the exit portals. Collect stars and coins as much as you can to buy useful shields and unlock more levels.

Are you looking for free and entertaining casino games to play in your leisure time? No need to look further, as this Live Dealer Casino is here to offer you a lot of fun through its wide range of live casino games. Sign up, choose a game, pick a table, place bets by the Roulette wheel or the Baccarat table. The game offers many variations of casino games and all you need to do is to play by the rules in order to test your luck and win big rewards. Play Roulette, Baccarat and Dragon Tiger from a single casino game online. Try it now!

Play the game in german or english, 11 different maps with more than 100 levels and an endless mode. Move the spaceship by tapping your device or tilting your device. Different ship upgrades and that all without any ingame purchasing or ingame ads! Buy the game only one time and have fun with the complete game. Dodge with the spaceship all obstacles to win. With lots of powerups, moving platforms, a cool 3D graphic and a long playing time!

In this game you have a set of weapons but once you start you can’t stop the shooting till you reach a safe place! Join Sasha as she takes the wheel in a bad car and clear the car of zombies and creatures catching up to the deadbeat car.. Take part in puzzles that tests your memory with lives of characters important to the mission at stake.

Free fire survival squad fights with the help of unknown legends in unknown battlegrounds. Firing Squad Battleground lets players of firing squad parachute onto an island in a survival game.

Zombie virus has spread around the world, and you are a one of few survivors. You must kill the zombies and save the world! Kill the zombies to get cash and buy or upgrade your weapons.Supports various of Achievements and Leaderboards to compete with your friends!

Are you ready to embark on a dark, risky venture, in a fresh new and ambitious 2D MMO game on your Android phone or tablet? Explore the cities of Corleone Online and join thousands of players in this thrilling battle to claim your reign over the cities!

My nightmare it’s come true. The worst thing i don’t know how much time is gone. So that I don’t know if someone else survived? What happened to my enemies? Too many questions to which I have no answers…First I need to get out of here and who knows, maybe I will find all the answers through the way.

In this free action-packed defense game you help Koko Kornelius, the mad and brave monkey to defend his homeland from wicked lumberjacks! Discover, set free, upgrade, and evolve your minions to the ultimate animal army!

New encounters and farewells with heroes … The demon king Chaos and the three demons, And stories of heroes.

Our stupid Zombies are hungry! But blood is not on his mind today! He wants to celebrate with the national dish of USA- hamburger!! But there are hindrances and you are his only savior. Help the foodie zombies collect as much burgers as they can so they stay away from humans.

Tankr.io is an all new tank shooting and surviving game. The goal of this game is to defeat all of your competitors on the map and fight to the last one. Then you’ll survive and win! Battle against the cunning enemies now!

Tubbim is a free, fun and fantastic auto-jumping platform game suitable for all ages. It’s easy to play because all you have to do is to move left and right. It’s not too easy though since there will be obstacles and enemies along the way. Explore five different worlds in the desert, outer space, the sewer, the countryside and the jungle.

Galactic war, survival in space, aliens and space weapons – all this is waiting for you in the 2d shooter for the survival of Space Invader. And do not be sure that you will be rescued by space marshals – you will have an epic cosmic survival alone. Only you, aliens, spaceships and weapons.

Join the journey of a girl and baby looking to go beyond the end of the world. Destroy all monsters and feel the dynamic combat system.

Darkness has enveloped the sun and from within it, emerge the dark beings with a sole purpose to consume all beings of Light. It is now up to you, the Guardian. Gifted with the magical Staff of Flare, you must set on a path to restore the Light back to the world and rid the darkness that has tainted the very lands that you step on.

Battle Strike is a real-time online Multiplayer 3D First Person Shooter built for Mobile Devices. A multiplayer FPS in a sci-fi setting! Battle Strike is a battlefield shooting game, you can enjoy a variety of exciting action effects and shooting experience in the game. In the game you need to fight Online With Your Friends n. Destroy terrorists around the world and save cities and people.