Town Of Salem: Guide to Win As Forger

The main role of forger is to change the wills of different people who die. The ability to communicate what you know through your will even when you are dead is an outstanding way to pass information to your fellow members about the culprits so that they get lynched. The bad thing of this feature is that it can also be used against the town community. For instance, if a mayor writes in his will about the godfather – the most influential mafia role – and given the chance that the town members are able to read this will then the godfather will be lynched immediately leading towards the victory of the town community. However, there is another possibility here: if the forger is working for the mafia community, he can easily change the will of one person each night. So, if forger replaces the name of the godfather with a town protective member – say, an investigator or a sheriff – and writes he is the godfather, then betrayed, the town community will lynch the innocent person. Thus, it makes forger one of the most influential characters in the game.

Forger and the Investigative Roles 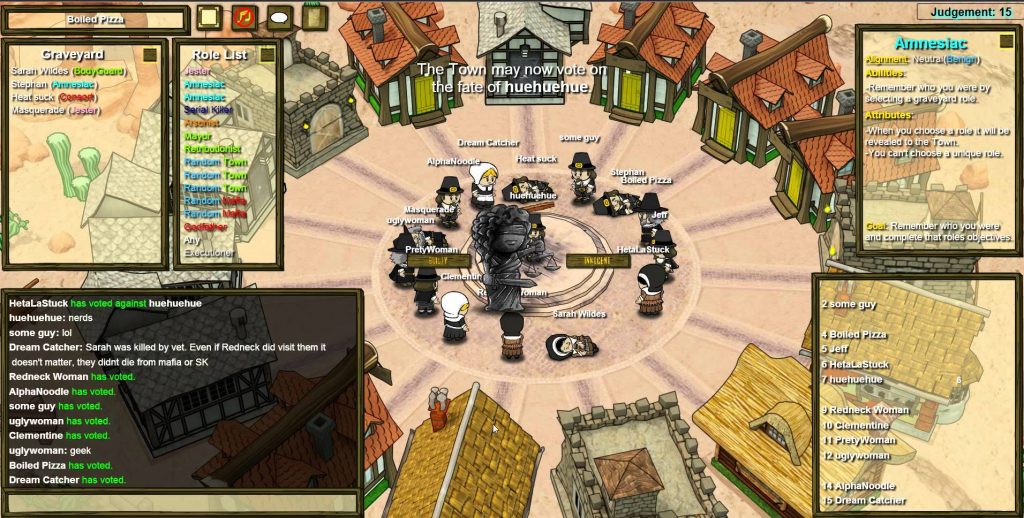 Now, there are different things you can get done by forging a will. The first one is that you can target a particular person that you think is causing the most trouble for the mafia community. You can forge the investigator’s will by replacing the name of any mafia member who appeared suspicious to the investigator with a town protective role, for instance, a mayor or a jailor. The second thing is that if you want to create confusion in the town instead of getting a particular person lynched, you can forge a will by writing the names of different town protective roles in it. Thus, when the town community will read the will, they will think of these town protective roles that are mentioned in the will suspicious. The chances are that any one member mentioned in the forged document will get lynched eventually.

Know the Roles before Forging a Will

The most important piece of advice for the forger is that he should know the roles of different people before he mentions anyone in his forged will. If he doesn’t know the roles properly, the chances are that he will make a mistake in the forged will, and the townies will get suspicious that there is a forger in the town.

Lots of people complain in Town of Salem that we don’t have enough time to write full will, and this might not influence many people, but for forger this can be proved disastrous. The reason is that if a forger is writing a will in a hurry and he doesn’t know everything about that particular role, the chances of making mistakes are too high. Besides, nobody gets enough time on the spot to write a will. So, it is highly advised that you write a will beforehand, and copy paste it at night. Write the will during the day, and keep it safe for the night.

Forger and Consigliere Can Work Together

Another most important thing is that the forger and the consigliere can work together as the forger can use the consigliore notes on the roles to build a good forged will. So if you have a consigliore in the game, make sure to know what roles he is finding.