Silica is a supporting character in the light novel/anime Sword Art Online. She is introduced in the first season of the hit series. She always travels with her buddy, Pina, her pet dragon.

In Sword Art Online Memory Defrag, Silica is considered as a high tier list unit. She is a viable dagger-type character wherein she can move and attack fast, thereby distracting enemies in the game.

This page will feature Silica-related units and we will surely update this for further use.

Are you on mobile? Tick the “request desktop site” in your browser’s settings to use and see our site’s search feature. 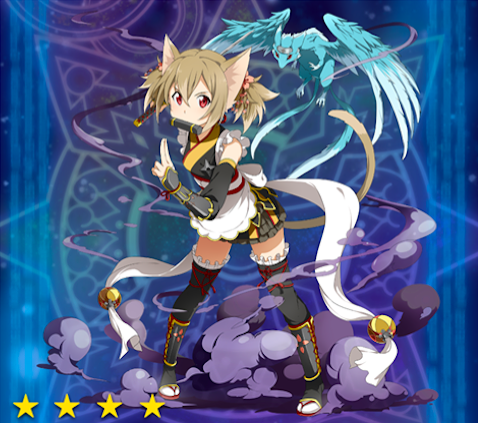 Dragon Caster Silica is a character appeared in the March 2017 Banner, Deadly Beautiful Kunoichi. This is her very first Magician-type Unit introduced in SAO Memory Defrag.

DC/Ninja Silica holds a Support-Type Stats, Sword and Battle Skills. She is a good support to her co-Ninja Units due to her healing ability. She is the only one who has this power in this banner. Her SS3 is called Kagebunshin Ryusei. This ultimate skill allows her to summon clones of her dragon, Pina, that breathes fire towards her target. This is a single attack but send multiple damages. She also gains a crit ATK and movement SPD boost afterwards. 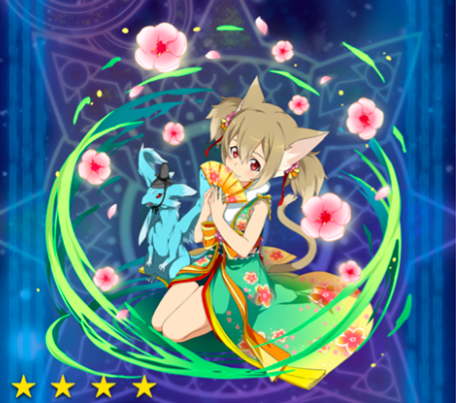 Flower Peach Silica is a unit introduced in the Hina Matsuri Scout Banner in Memory Defrag. She is a dagger user with a wind attribute intact.

FP Silica has a good stats overall. Her first and second skills are based on a normal dagger-type unit. However, her ultimate skill Fuga Senka, allows her to attack her target(s) critically. This skill is best used against a horde of troops nearby. FP Silica can also be a good team player in ranking quests or boss raids. She can send out critical damage later on due to her Battle Skills.

Hinamatsuri units hold the ability where they can recover their MP fast. They also have the distinct feature where they can increase their own attack and movement speed. These are attainable by casting their SS3. 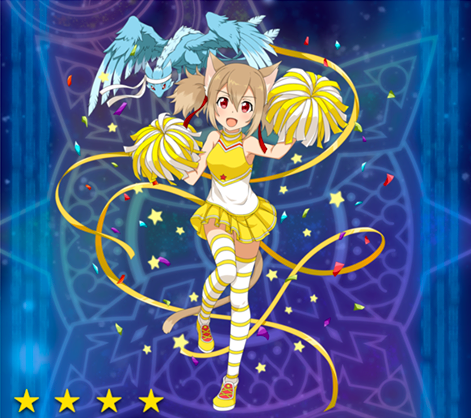 Shouting Cheers Silica is the very first Club User in her character series in Memory Defrag. A unit introduced from the Hooray Love Cheers Banner.

SC Silica holds a good overall stats and attributes as well. Her first and second skills are like a normal club unit. Her third skill, the Cheerful Upper, attacks nearby unit(s) critically and throw them upwards in the final phase. The animation of this skill is like the other Love Cheers units. Casting her ulti needs a great position and near distance against the enemies. Though her skills are a bit slow, her overall performance in a distinct team is still terrific. 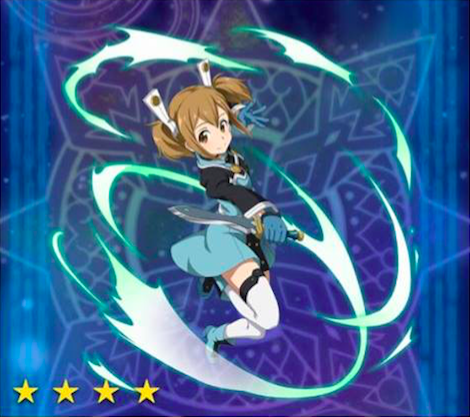 Augmented Tamer Silica is the newest unit introduced (February 2017) in Memory Defrag. She is from the Ordinal Scale Scout Banner, in celebration of SAO’s new movie.

AT Silica can be considered as a ‘great pick’ in the current event quests rolled out in the game. Players on both JP and GL version can have her as their team’s main player at the same time. Her stats are pretty well balanced and can survive in various quests later on. Her ultimate skill, the Draconic Stream casts multiple critical attacks against her targets. AT Silica’s HP will be automatically healed at a certain period as her attack rate increases. She can serve as your additional killer, especially in Rank Quests. 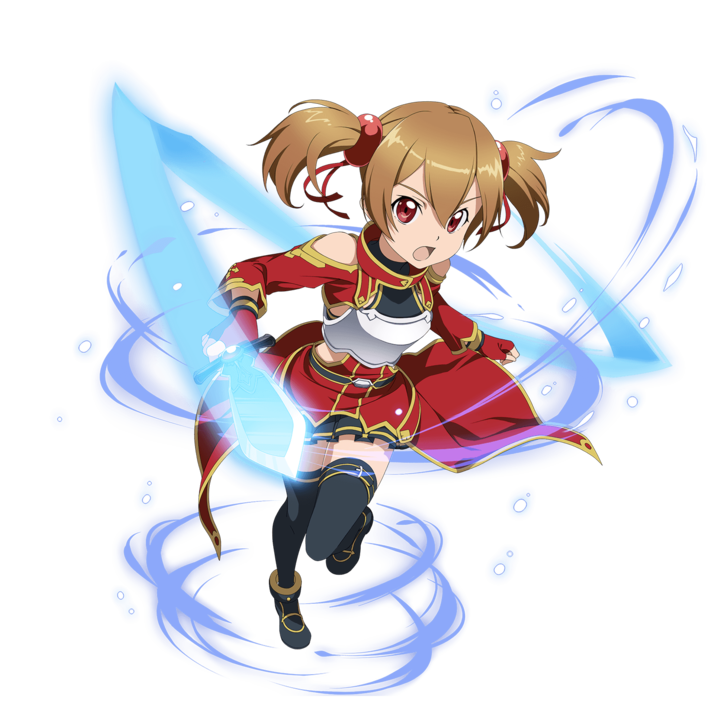 Dragon Tamer Silica is undoubtedly one of the best units in the early stages of SAO Memory Defrag. With her high stats, players find it useful in any types of quests being rolled out in the game. Her abilities are also superb. This makes her an excellent choice for users in farming weapons, crystals, etc.

Her first skill can critically damage enemies back and forth within a straight line. While her second skill makes her cast multiple damages forward. Her ultimate skill, the Healing Breath, helps her recover a good amount of HP to prolong her use in the battle. Not only that, it also boosts Dragon Tamer Silica’s attack rate. This means it will help her collect MP in a faster and stronger phase. Due to this, she can cast skills in a shorter period of time. 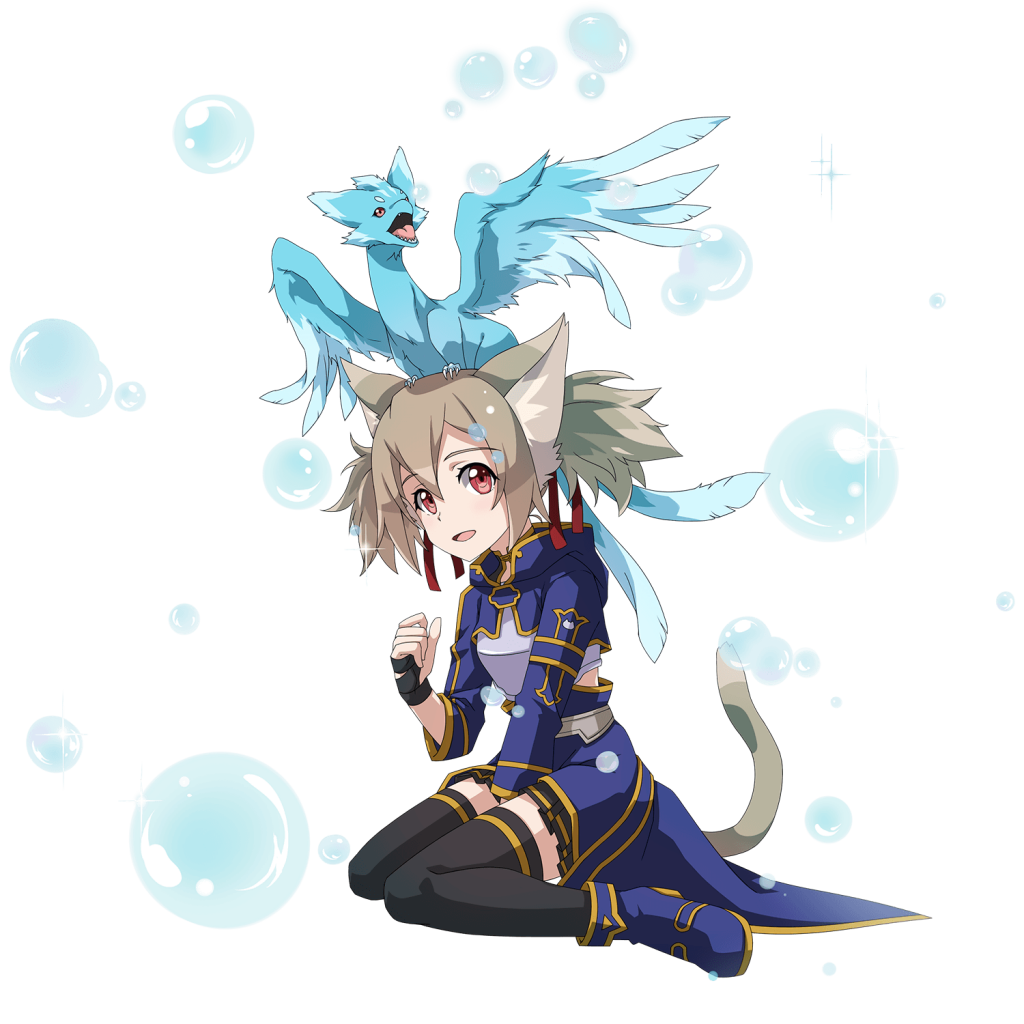 Fairy Dragon Tamer Silica is also a great dagger-type unit in the game. Though her third skill does not provide a boost in her HP and attack, it can critically attack its target. Her stats are not that overwhelming, but she can withstand difficult battles if played well. Her first sword skill is the same with the first version Silica. Fairy Dragon Tamer Silica’s second skill lets her spin in mid-air, thereby damaging nearby units. Teaming her up with some other strong attackers or with a support/healer is recommended. 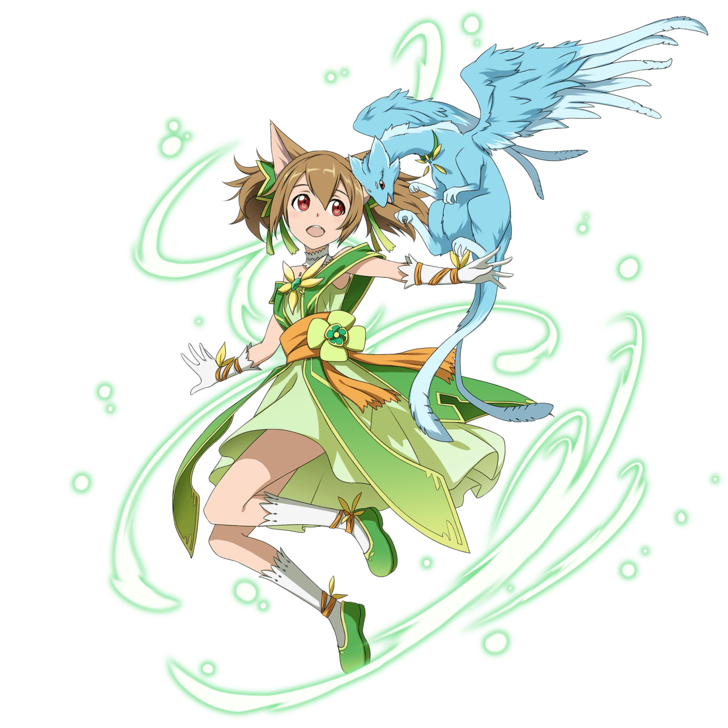 Wind Silica is a good unit you can use in the game. She will be available once the Wind Scout Banner is released.

Her stats are pretty cool for a dagger unit, especially her HP. Her ultimate skill focuses on a wide range of targets. Unlike the first version Silica, Wind Silica’s ulti does not contain any healing powers. But it delivers critical damage towards her enemies, lowering down their defenses. She can be played in boss battles, character introductions and single quests available. She can collect MP in a short period of time due to her attack and movement speed. So casting her skills in a shorter period is attainable.

We will add further units in the near future as the Global Version of Memory Defrag updates. 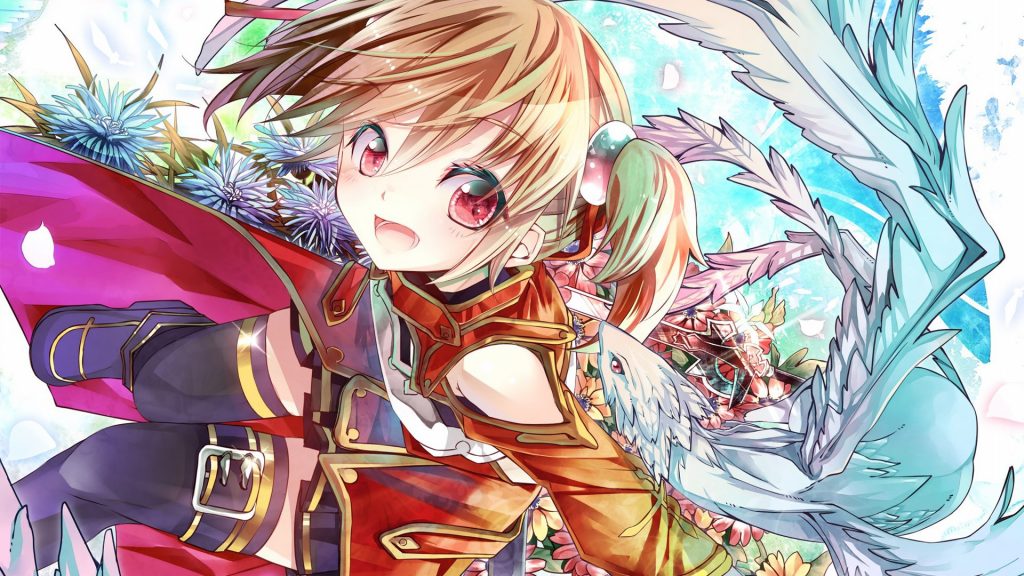