Puzzle games are very different from other games; their complexities vary from simple to super complex. A great puzzle game can keep you entertained for many hours, there are thousands of puzzle games on IOS, sometimes it can get difficult to select the best possible game to play, that is why we have curated a list of top underrated puzzle games to play.

A fun spin off classics like 15-Puzzle or Mystic Square, ‘Fifteen Gem Puzzle’ combines the fun of putting misplaced numbers back into their place with the satisfaction of watching an image come to life. Play with numbers on or off and use photos included in the app or load your own. However you choose to get puzzled, keep your move count down to be a champion.

A simple, casual math game where you add up Digits to the target number. The more Digits you use the more points you get. But watch out! If you go over the target you lose points.

Balls move in unison, often forcing an undesired outcome. It may be useful to think about how to separate them. Some levels require manipulating the balls in unconventional way. Keep experimenting and think outside the box.

Bridges is a logic-based puzzle game invented in Japan. It is also known as Hashi, Ai-Ki-Ai, Hashiwokakero, or Chopsticks. This app features an unlimited number of free puzzles, generated by the app. No need to buy additional puzzles through in-app purchases.

Practice splitting small numbers to improve your skills in addition and subtraction. Next to splitting numbers there is also a practice page with maths available once the first 10 split trees have been solved. Unlimited practice possibilities.

A mind bending puzzle game. Match the cute little Chibbles to the pattern and let them escape. 500 levels of fun.

Squeezing Thumbs – exercise the strength and coordination of your thumbs

The principle of the game is simple – but your sensitivity is demanded everything. Feel the revolutionary experience of 3D Touch while you’re using your strength smartly. Squeeze your thumbs until you activate the rings balance your strength and earn points. Exercise your coordination.

Studies have found that the left brain hemisphere is tied with the language and the right brain is tied with perception(color), our brains mostly function subconsciously and it is actually impossible to not read the word and perceive the color of it instead, once you’ve learnt the language (called the Stroop Effect). The game is entertaining and also is a really good challenge to your brain power.

Start slow, or very fast, and build your strategy to earn a High Score. The challenge is in its simplicity. Enjoy!

Brain games is based on principles of cognitive psychology to help you practice different mental skill: memory, attention, speed, reaction, concentration, logic and more. Train Multiplication table easily! Cool math Games is a brain-training, where logic & thinking & math meet fun ,enjoyment, amusement and lighthearted pleasure. In our Cool math Games App We will See How To play together.

Classic logic game, in which the player, moving a piece, tries to eliminate the rest, one by one, in the shortest possible time. Also known as Brainvita, Uno solo or Senku. The game contains 5 different boards, each with its time table. Share your score with your friends and see who is the fastest.

Place numbered blocks in 1010 style, while making sure the numbers comply with Sudoku rules. The screen shows a Sudoku grid with below that three blocks of numbers. The blocks can have different shapes. Blocks can be rotated by double-tapping, so there are many possibilities to fill the Sudoku grid.

And that’s it! That is what “Cubes” is all about. This game will test your logic and spatial vision by introducing new challenges to each level. Will you be able to complete them all?

Listen to the word in Arabic while viewing its English translation; then assemble the letters to form the Arabic word. Real-time statistics and visual indicators of accomplishment.

Join the Skillz community to compete worldwide and make your mark on the global leaderboards. Play head-to-head games and large multiplayer tournaments for virtual currency or MAJOR CASH PRIZES! All players in a match receive the same board, and the player with the highest score wins. Create a Skillz account to save your progress and access your profile from dozens of Skillz-enabled games!

Move the shapes left or right and fill lines. It might sound a lot like the well known block puzzle game from the 80s but it’s actually more fun! Play and race against the clock to reach the highest score. Move the shapes strategically to form combos and score big!

Jump into this simple game to help the little monkey clear the screen of numbers. Just click on a number near the monkey to go that many spaces. He leaves bananas where he goes and he can’t run into them again or fall off the edge (and survive it). Gold Monkey is fun and addictive for all ages that can count.

This game is a bit different from regular one-stroke writing. Create your own route with your imagination. More than 400 stages. There is a plan to add more difficult stages!!

Welcome to Windin, a casual puzzle game that will tickle your brain with its brand new wind mechanic. Plan your move, place your gems on the board, let the wind blow and reap the rewards of your clever play!

Discover a new gameplay in a fun and addictive strategy game. Already more than 1000 levels! This new genre is a mix of chess, match3 and a non-square grid: the result is a “match group”. Strategy and reflection are at the heart of the gameplay, you can move the pieces as you see fit. Finished the limitations of match3 that require you to play only at certain places.

English Word Game is a free to play offline game. Ideal for kids and people who want to practice a new language, vocabulary and train their brain.

Running an agency is pretty simple: You won’t make any money without projects. You won’t get those without clients. And you won’t have clients until you hire an accounts team.

Swipe ball through the maze managing via the tilting device. Several levels of difficulty, from the most simple to the very hard. And remember – There is always a way out!!!

Just tap on the letters to collect the word from your mind or from the words predictions scrolling underneath, adapt your mind with high reflective interactions against the time!

Turn your photos into puzzles, or unscramble numbered blocks by sliding the pieces into their original sequential order. Keep an eye on the timer—try beating your best time on each level! Unlock higher levels by solving puzls or purchasing Puzld Coins. More info at Puzld.com.

The ultimate domino game! Mexican Train Dominoes is fun and challenging. Win the gold and become a domino train master by scoring the fewest points possible against three opponents. You will have hours of addictive fun with these dominos.

AirCube is a simple block falling game. Drop your block and try to match two together to make 10. Swipe up/down to change numbers, swipe to right/left to move your block. You can tilt Siri Remote to control falling.

Are you looking for a challenge? Great! Amazing Bubble Breaker, except the easy mode, has a medium and hard mode for anyone who wants to test their skills. Four amazing bubble themes and two great backgrounds with wonderful animations. Compare your score with other people thanks to online players ranking.

Take on the challenge of MixedUp and slide rows and columns to undo the scrambled picture. Work out the strategy and move through the increasingly difficult levels to get the highest score.

Restore is an isometric 3-D puzzle game that challenges your visual perception. Swipe left and right to rotate. Swipe in six other directions to move. Align cubes to complete a level. 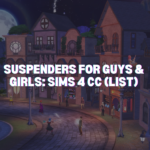 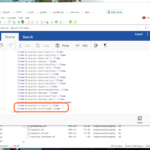 How to Install Engine Sound Mod in GTA 5